Speed Kills No Matter The Position For Westgate’s Jordan Doucet 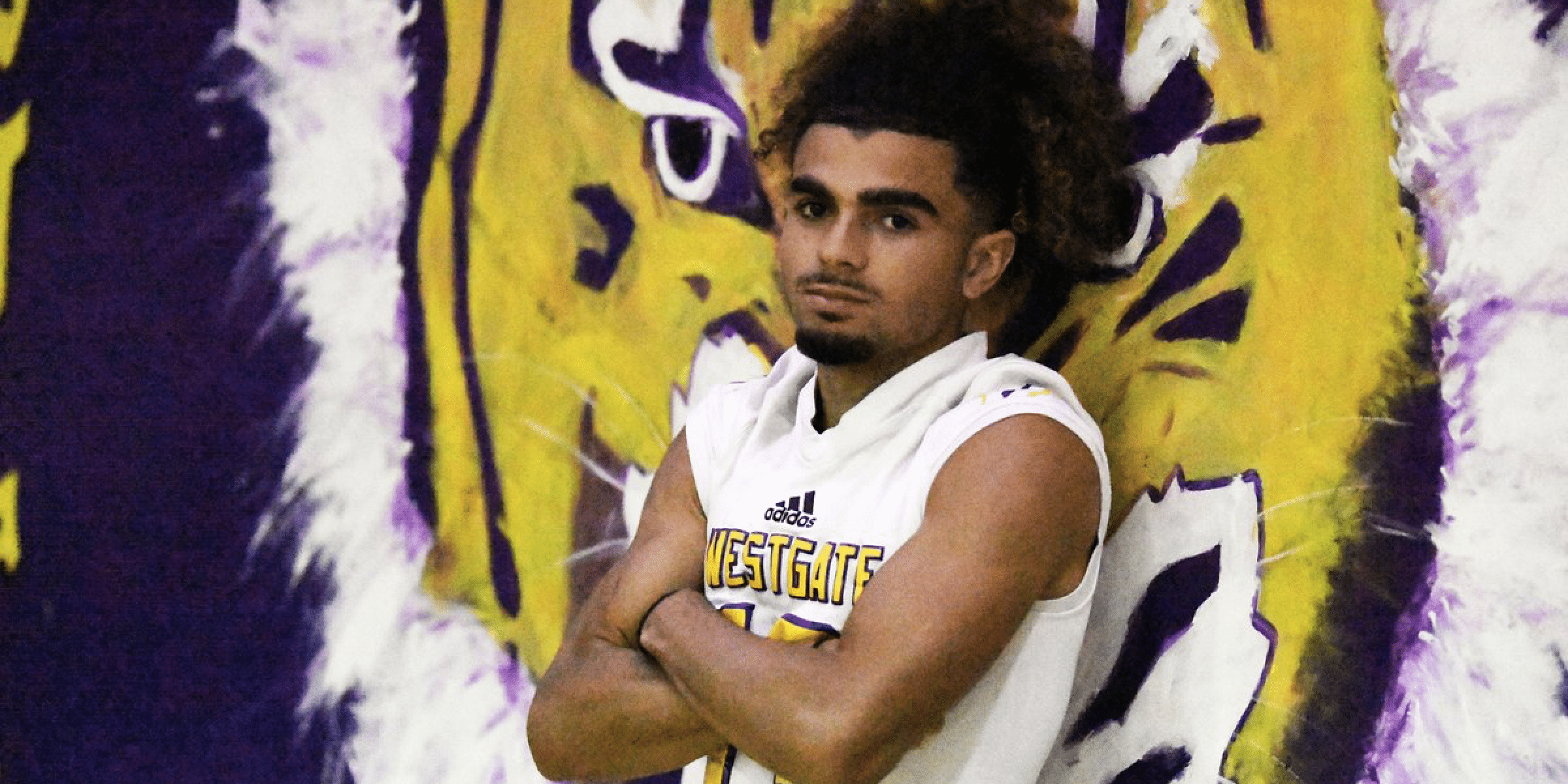 Speed Kills No Matter The Position For Westgate’s Jordan Doucet

If you haven’t heard by now, Westgate High School is known for having some of the best athletes in the state. With past players like Kayshon Boutte, who is now one of the best receivers in the country for the LSU Tigers, and present players like Cincinnati tight end commit Danny Lewis as well as future five star safety prospect Derek Williams, there is no wonder why Westgate High School is a recruiting hotbed for college programs. Another name that is flying under the radar is the team’s speedy do it all playmaker Jordan Doucet.

At close to 5-10, 160 pounds, Doucet’s size may not be intimidating, but what is intimidating is his blazing 10.6 100 meter speed and playmaking ability.

“My speed, vision, and elusiveness are my biggest strengths as a playmaker,” Doucet said.

Entering this season as a four year starter, Doucet’s speed was going to be relied on at wide receiver, but his quarterback Brennon Landry went down with an injury. With the Tigers’ experienced quarterback going down, the team needed to rely on somebody to rise to the occasion as the main option under center. That person would be none other than Doucet.

“I had always practiced quarterback since freshman year just in case something like this happens,” Doucet said. “The easiest part of going to quarterback was if I was ever crammed in a situation and went confused, then, I can depend on my legs to get me out of the jam that I am in.”

The Westgate dual threat was able to get out of a lot of jams. In his first start against St. Martinville, he had 106 passing yards and two touchdowns while also rushing for 86 yards and two more touchdowns. If that was not enough, he also continued to change the game on special teams with an 86 yard kickoff return for a touchdown in a 39-21 win. Against St. Thomas More High School, it was Doucet that shined under center as the Cougars’ star quarterback Walker Howard also did not play because of injury. In Westgate’s 41-13 victory, Doucet threw for three touchdowns and also ran for another. Although Landry is back at quarterback, that will also not slow down the offense from trying to get the ball to Doucet’s hands in any way they can, even under center.

“I’m most proud of how much I have accomplished this year because I never would’ve thought I was going to be the starting quarterback after Brennon went down,” Doucet said. “It’s great how much we can get done with the rotation with me and him during the games.”

No matter who is under center, the expectations for this very talented program remain the same, and that is contending for a Class 4A State Championship.

“I think we have been doing a good job of finishing most teams early, but I feel that we need to focus on playing as a whole,” Doucet.

“My favorite part was just the experience of it because of the atmosphere,” Doucet said. “I think there is a lot of speed for track over the years because of the hard work and dedication we put in.”

That hard work and dedication has obviously transferred to the football field for Doucet as he has received two offers from Marshall and Houston Baptist.

“I like that both programs see that I have enough talent to be a player for their team,” Doucet said.

He has also been shown interest from other college football programs.

“Northwestern and Southern are showing interest right now,” Doucet said. “I plan on going to Southern this weekend and Northwestern another weekend. I’m thinking about going watch Nicholls one weekend too.”

For Doucet, it does not matter where the college is. Whichever team is willing to give the versatile athlete the biggest chance will be the team he plays for. If there is anything that Jordan Doucet has taught, it is the fact that he will be ready to go regardless of the position he is put in.

Click the link below to check out Jordan Doucet’s midseason senior highlights: