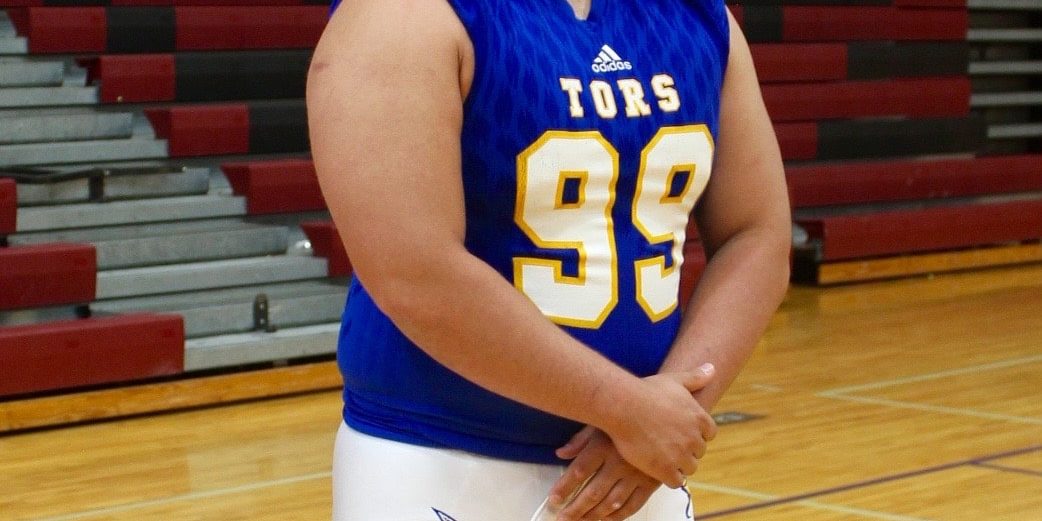 Hailing from Sulphur High School, Louisiana multi-sport participant Slade Manlief emerged as one of Louisiana’s most experienced football prospects. The native of Sulphur, Louisiana has played football for half of his life participating in the sport for nine years. Throughout his time playing football, Manlief proved to be an interchangeable piece on both sides of the ball playing effectively on the offensive and defensive lines. Prior to dedicating his life to football, Manlief was engaged in baseball and wrestling. Manlief was very accomplished particularly as a wrestler in high school. He was recognized as one of the top wrestlers on his team as well as in the state of Louisiana.

Regardless of all the success he experienced as a wrestler, he eventually decided truly focus on football.

“The passion and love I had for the game is what made me focus more on football,” Manlief said.

Over the course of his stint at Sulphur High School, Manlief played in many barn-burners that manifested into some of Manlief’s most memorable games.

“Playing against Acadiana High School was the most memorable game for me,” Manlief said. “This is because they were ranked number one in the state at the time.”

Other significant games that stuck out to the 6-2, 270-pound defensive tackle would be the constant battles between arch-rival Barbe High School. According to Manlief, the environment would always be electric and the game was especially meaningful for both schools.

“I enjoyed playing against Barbe because it was always a packed game,” Manlief said. “Barbe was also our rivals.”

Naturally with being such an elite player, attention and responsibility were persistently attached to Manlief. However, Manlief embraced the leadership role and played with an attitude of having something to prove.

“I enjoyed knowing that people followed me and to know that I must have been doing something right,” Manlief said. “I was a guy that led by example. I was humble and liked showing people what I could do.”

Manlief has signed with the University of Southern Arkansas to continue his football career.

“It just felt like home and the place I wanted to be,” Manlief said.

As Manlief looks forward to his journey to the collegiate level, he believes his attitude and will to win will a huge contribution to Southern Arkansas. Manlief also has his personal goals he will work to accomplish during his time at Southern Arkansas.

“The energy I bring and the drive to win with the commitment could help my team,” Manlief said.  “I want to be a multiple time all-conference player and graduate with a 3.5 GPA.”

As an incoming freshman, getting to work and taking on the best competition is where Manlief lies his focus on. Building his foundation and proving his worth to the program is his next job as a first-year player.

“The biggest adjustment will probably be becoming independent and depending on myself,” Manlief said.  “I am ready to play Arkansas-Monticello because that is their [Southern Arkansas] rival. I think it will be a packed game with lots of energy.”

With Manlief’s size and quickness off the line of scrimmage, he will be a solid asset for Southern Arkansas’ defense.