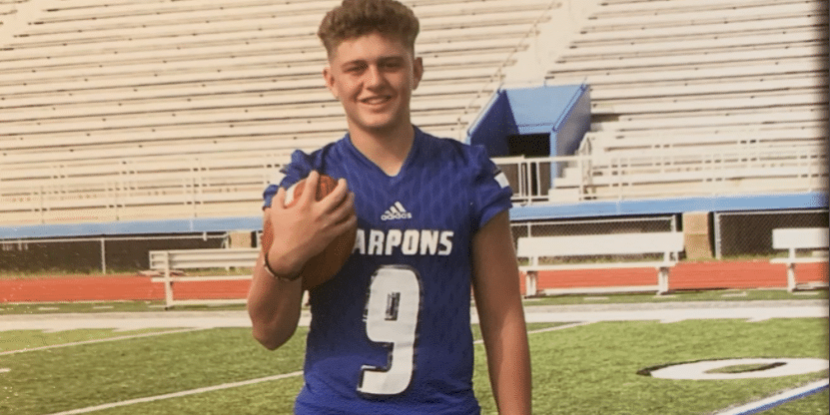 Brian Young is like most of South Louisiana in recent days, dealing with the effect of Category 4 Hurricane Ida that thrashed the area with sustained winds of over 150 miles per hour. Now, the Head Coach for the South Lafourche Tarpons looks to clean up, rebuild, and prepare his Tarpons squad for the season ahead.

When asked about how Ida affected his team, Young said, “It has put us on a little bit of a hold. It’s depressing to look around and see all the destruction this storm has caused. We have a great community who is willing to help with anything we need so we are in the process of getting everything cleaned up and ready to go.”

Coach Brian’s strength and leadership abilities go back to his playing days as a quarterback at Southeastern Louisiana University. During his 2011 season at SLU, Young threw for 2,855 yards and 15 touchdowns for the Lions. When asked about what lessons he learned during his time in Hammond and how he uses those lessons with his team, Coach said, “I tell our guys all the time to just enjoy every minute of it, because you blink, and it’s gone. The game of football teaches you more than just X’s and O’s, it prepares you for life in multiple ways.”

Young’s desire to be a coach stems from his time as a player at Hahnville High School. Here, he gained a love for the game and a passion to teach younger generations, like his father who was an educator. Coach Brian’s philosophy for his team is simple, to be the most disciplined and physical football team on the field every single week.

South Lafourche boasts an impressive senior class this season that looks to make major contributions to the Tarpons. When asked about senior Quarterback Patrick Gisclair, Coach Young had this to say, “I feel great about him! He is a year into the system and is like a coach on the field. He had a great spring and summer, so we’re looking for big things from him this year!”

On another important piece to the puzzle, senior running back Brody Pitre, Coach said, “He is a phenomenal player. I would put him as one of the best players in our district. He is an elusive, physical runner [and] also dynamic out of the backfield in our passing game.”

Also leading the Tarpons are senior wide receiver Jackson Autin and senior linebackers Hunter Condley and Wes Allemand. “Jackson is a big part of what we do,” Coach Young stated. “He is able to jump into some 11 personnel stuff and go right back into 10 without changing the personnel on the field. He is a weapon in the passing game and great at blocking in the run game!” In response to how senior linebackers Hunter Condley and Wes Allemand were going to help lead the team on the defensive side of the ball, Coach Young declared, “That’s definitely two of the hardest dudes we have on the team!” Coach Young indicated these linebackers both energize the defense and make plays. “Great kids,” Coach said, “and if we ask them to run through a wall, they’ll ask how many times.”

This group of players along with Coach Young’s leadership will make the Tarpons a group to look out for in 2021.