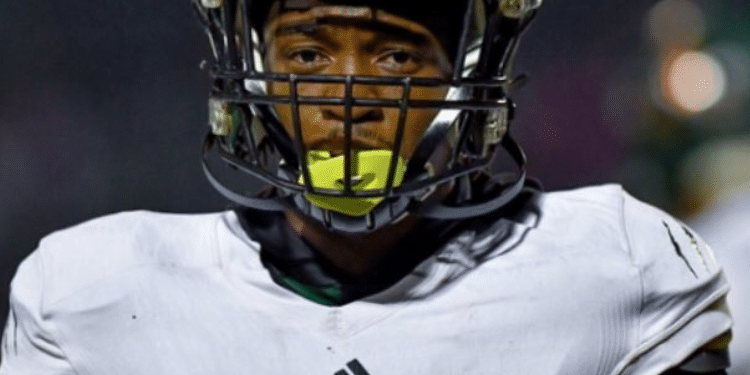 When one thinks about the greatest cornerbacks in history, they think of players like Deion Sanders (Florida State/Atlanta Falcons/San Francisco 49ers/Dallas Cowboys/Washington Redskins/Baltimore Ravens), Charles Woodson (Michigan/Oakland Raiders/Green Bay Packers), and others. The quality that those two share is that they made plays on the offensive side of the football as well during their perspective careers. That quality also happens to match a dynamic athlete from Slidell High School in senior cornerback Mar’Keegan Gray. Although a multi-sport athlete, Gray is most known for what he has done as a defensive back. Last season, Gray was not only a ballhawk with four interceptions, 13 pass breakups, and two forced fumbles, but he was also a sure tackler with an impressive 113 tackles for a defensive back. Despite having an All-State caliber season, Gray feels like there was a little left on the table.

“Last year, I would give my self a B,” Gray said. “I played great every game, which allowed me to put up great stats.”

Our very own recruiting guru Lee Brecheen saw what Gray could do and was very impressed with not only his coverage skills, but his tackling as well.

“I think Mar’Keegan Gray is the best cornerback on the Northshore and is one of the best in all of Louisiana,” Brecheen said when putting Gray on the 1st Team All-South Louisiana Team. “I saw him play in person in 2019 and was very impressed with his tackling. He is a great athlete with intensely closing speed and reads everything with 4.5/40 speed. He is a lockdown cornerback that will play the run, which is hard to find.”

“The biggest strengths to my game is that I am disciplined with my game and I am physical,” Gray said. “I can tackle really well and I know how to play the ball.”

His ball hawking skills has helped the Slidell Tigers even more when his versatility was needed on the offensive side of the football.

“Playing defense helped me at running back because I know I have to read the defense and where the holes will be,” Gray said.

On offense, Slidell High School head football coach Larry Favre recently asked for Gray’s services to be needed at running back, and it is because of learning from a former Slidell great and current Louisiana Tech running back Harlan Dixon that has helped him make that transition.

“Playing against Harlan really made me a better player because he went all out every play in practice,” Gray said. “He wanted me to be great and going against him for those two years made me better.”

So much better that he is now getting interests from many colleges including offers from the likes of Arkansas Baptist, Louisiana College, and Alcorn State.  Early in the recruiting process, there has been one school that has stuck out to Gray the most, and that school is Alcorn State. On September 4th, Gray made the decision to commit to the Braves.

“Alcorn State was the place because they love the win and their program is great,” Gray said.

Despite his name getting out there more as one of the best players in the area, Gray is still 100 percent committed.

“If I was to get bigger offers I will consider them, but right now, I am 100% going to Alcorn State,” Gray said.

Before focusing on the future, Gray must focus on the present as his senior season goals are to make All-State and win a state championship. After a slow 1-3 start, Gray and the rest of his Tigers teammates are ready to have better results the second half of the season

“My thoughts of the season so far is that I want my teammates to have fun,” Gray said. “We haven’t start off so good, but we can come back and make a name for ourselves this season in these last games.”

In order for the Tigers to improve the rest of the way, it must start with one of its best players also improving over the course of the season.

“What I need to improve most on this year coming up is speed,” Gray said. “I can move, but moving to the next level, everything gets faster.”

Speed is an area in which Gray has shown great improvement on, and it is because of his participation in another sport.

What is also great is that Gray is also wanting to learn in order to become a complete player, and what better way of doing that than watching one of the best defensive backs in the NFL.

“I model my game around Jamal Adams (LSU/New York Jets/Seattle Seahawks),” Gray said. “I can find the ball, and I know where the ball going before the play. I am going to come down and hit you or get the ball out.”

Because of his aggressiveness, Gray truly believes that he can play anywhere in the secondary.

“It doesn’t really matter I am truly a defensive player but I am a athlete I can play both sides,” Gray said.

Despite being only 5-10 and not being as long and lengthy as other defensive backs, Gray has other ways in which he can be affective.

“By me being short, I have to work even hard to be the best I can at my position,” Gray said. “I have to have all the attributes.”

Whether it is being a great tackler, a ballhawk, or even making plays with the ball in his hands, Slidell High School’s do it all athlete is not scared to be great.

Click the link below to check out Mar’Keegan Gray’s junior highlights: