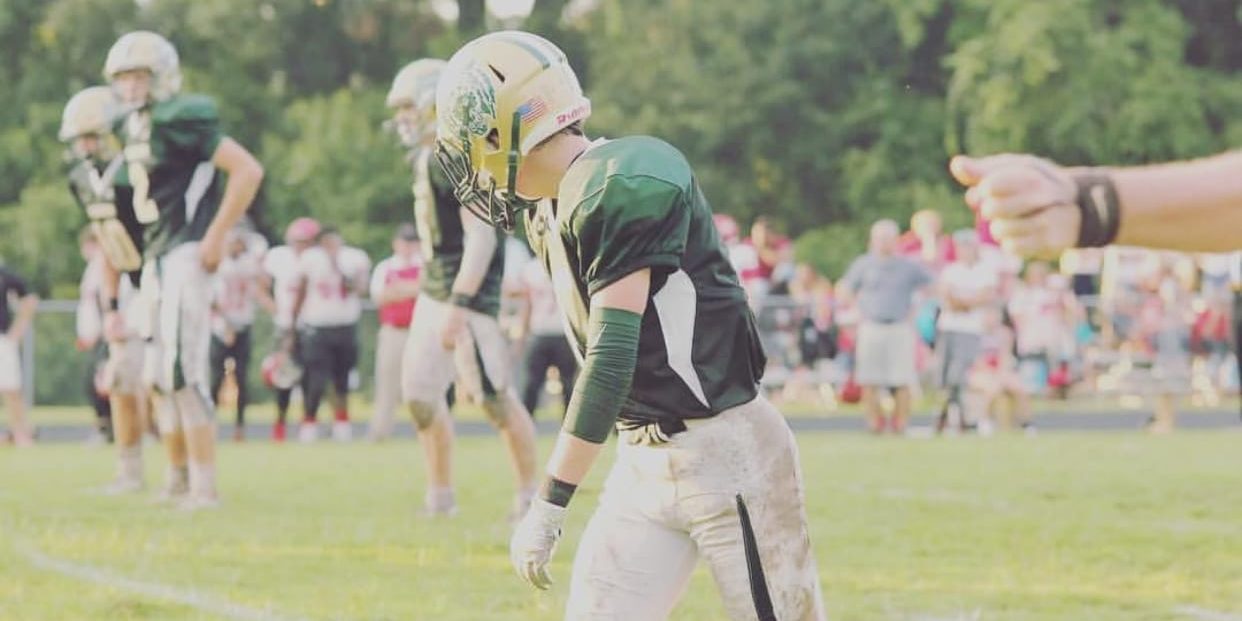 In the MAIS ranks, the Silliman Institute Wildcats are one of the top programs in the league led by Head Coach TJ Davis. Davis has been the head coach over the last decade with a 52-45 record including an incredible 2015 season with a 12-1 record and a MAIS state championship. Even though there have been some really good years, the last three years have been disappointing with the team finishing with a total 8-21 record in that span. However, with this year’s group, it may not be as talented as other Silliman teams in the past, but Coach Davis knows that the leadership, intensity, and heart is there with his team.

“We realize that we are losing some talent as well as some size,” Davis said. “This team may not be driven by just overall talent, but they are driven by heart and a will to win. These guys know that with hard work, they can do anything. If they can carry on that attitude, they will be able to make those five to six plays that determines who wins the game.”

“Ben has been in the program over the past four years,” Davis said. “He has grow to really be a weapon for us. He has the skill set for football and he has really grown as a leader and in the weight room. We look for him to pick up a couple of offers by the end of the season.”

Playing for Coach Davis over his high school career has given him a chance to be even closer to his coach and have that relationship where he can be the coach and leader on the field for his teammates.

“It’s awesome,” LeJeune said. “He loves us just like we are his family. He knows the game, played college ball, and has an amazing coaching staff to help us to be very successful. He is very humble and loving, but does take the game seriously and wants the best for us whether it is our future selves and our futures as athletes.”

Playing in a small league like the MAIS, players get the chance to showcase their skills at different positions across the football field on both sides of the football. Louisiana Football Magazine’s recruiting guru Lee Brecheen believes that Ben LeJeune is one of those really good versatile athletes that can be a sleeper for some colleges at the end of the season. 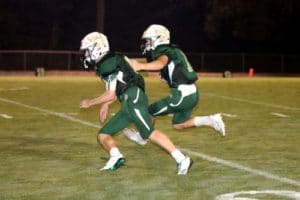 Silliman Institute Head Coach TJ Davis says that Ben LeJeune (1) is a weapon with the ball in his hands and the team will find a way to give the ball to him in a variety of different ways. (Photo courtesy of Resa Birch)

“I think what is really impressive about most MAIS players is that they have to start on both sides of the football and play the positions that help their team out the most not so much their college upside,” Brecheen said. “This kid does that for his team very well as he can play multiple skill positions. I think he is a sleeper for D-III football.”

LeJeune has been really busy on Friday nights over his career as he has played running back, wide receiver, and defensive back. For LeJeune, he feels that he does a lot of things well because of his versatility, but being that leader for Coach Davis and the rest of his team is something that he is continuing to work on as the 2018 football season is approaching.

“My strengths are my open field tackling, jamming wide receivers at cornerback, running routes as a wide receiver, and being a good downhill running back,” LeJeune said. “However, I am working on being a better leader.”

In order to improve his leadership, he has looked at multiple players for guidance including looking at a NFL MVP caliber quarterback and Super Bowl Champion.

“I really look up to Carson Wentz (North Dakota State/Philadelphia Eagles),” LeJeune said. “I love the way he leads his team and at the same time, how he shares the Gospel with his teammates.”

Right now, LeJeune is focusing on his senior year, but he has also been in contact with some colleges in order for him to continue with his football career.

“Millsaps College and Louisiana College are both looking at me, but I have not yet been offered,” he said.

“Last year, we had a talented team, but didn’t have any type of leadership and the team was individually self centered and we just didn’t come together as a team. We were selfish,” he said. “This year, we are really coming together with leaders and overcoming our selfish ways and putting the team first. It should be a really good year.”

There is also another player that Ben LeJeune believes will have another big time year on offense along with himself.

“Jack Jackson is an awesome athlete and he is really good at the running back position,” he said. “He is underrated for sure. Highlights should be watched by all the coaches.”

With Jackson at running back and LeJeune being the Swiss Army Knife, there is a good chance that the Wildcats offense can make a lot of noise. With being that Swiss Army Knife, it is really tough to focus on one single position  but if LeJeune had to choose a position to play at the college level, it would be either wide receiver or defensive back.

“I prefer defense at cornerback,” he said. “I love being physical and making big plays for my team. I also like the wide receiver position because it’s a position where you can be undersize, but if you are quick and good at running routes, it’s a different way to fit in the game to play a big part for your team.”

After his football career is over, Silliman’s star athlete Ben LeJeune wants to become a nurse, but for now, the 6-0, 180 pound athlete, who is one of the program leaders in tackles, interceptions, and pass breakups, has a chance to not only lead the Wildcats to their best season since 2015, but to continue to play at the next level.