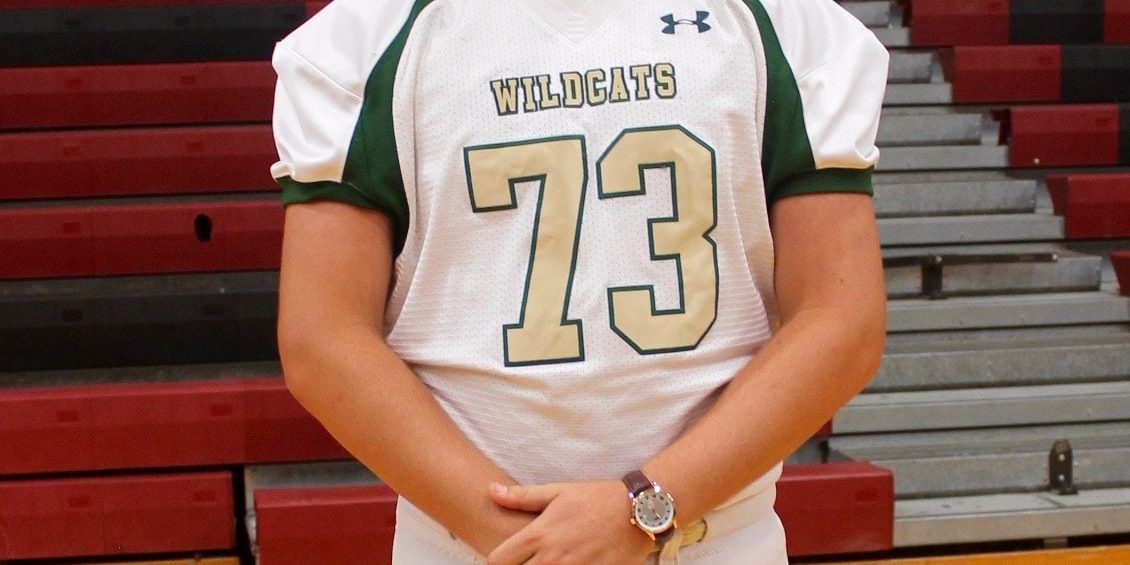 “Trace and I both hate to lose,” Garrett said. “We play hard and fast.”

“I think that we are both very aggressive players,” Trace said.

Their passion and intensity carries on the football field as Garrett McManus eventually became a team captain as well as a district defensive MVP and Trace McManus became an All-District caliber player as well impacting the game at four different positions including wide receiver, outside linebacker, tight end, and even cornerback . However, their biggest accomplishment had nothing to do with their individual achievements on the field, but being part of something greater as a team when they were both sophomores.

“In my opinion, the MAIS state championship game in 2015, which we ended up winning as an underdog was a game that I will never forget,” Garrett said. “Going in not supposed to even compete with the team (Indianola) and beating them pretty bad was a feeling that can’t be described.” 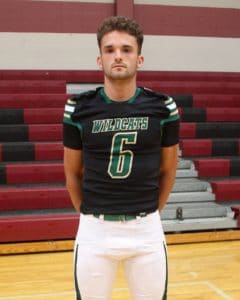 Silliman Institute senior ATH Trace McManus has played multiple positions during his high school career, but now he wants to take his skills as a wide receiver to the next level at Mississippi College. (Property of LAFM)

The McManus brothers wanted to capture that same feeling, but for whatever reason, did not capture that same feeling as the team posted a combined record of 6-14 over the last two seasons. It was a tough couple of seasons including this past season in which the Wildcats finished with a 4-7 record, but the team played in a lot of close games and just could not pull it out. For the duo, they may have experienced the highs such as winning a state championship and the lows of having back to back losing seasons, but they both would agree that they would not trade their experience to play on any other team.

“We were very close to putting things together at the end of the season, but it just didn’t happen,” Trace said. “Even though we had a losing season, I wouldn’t have wanted to play with any other team. I wouldn’t trade my team or coaches or anything.”

In fact, both players admitted that they would not have the opportunity of playing college football if it was not for their head coach TJ Davis along with the rest of the Silliman coaching staff.

“My relationship with my brother off the field is good,” Trace said. “I think we work well together. Off the field, we are pretty good friends.”

“I couldn’t pass the chance to play with my brother again, and Mississippi College is an excellent school overall and close to home,” Garrett said.

“The atmosphere of the campus, the great coaches, and players were really the thing that made me want to go there,” Trace said. “Being able to play with my brother just made it better.”

Not only is Mississippi College is getting two athletic brothers that are big and fast, but they are getting two players that can make an impact on one side of the football.

“I prefer playing on the defensive line because you get to just go wild and have less to remember,” Garrett said.

“I prefer playing at any place on offense really because I like having the ball,” Trace said. “I think I am better on offense than defense.”

At 6-4 and almost 270, Garrett McManus is a tough defensive lineman to block because not only is he versatile to play at either tackle or end, but also has 4.95/40 speed to get off blocks and get to the ball carrier.

“My biggest strength would me by speed and size, but I am also a student of the game who knows the game very well,” Garrett said. “I model my game after JJ Watt (Wisconsin/Houston Texans) because he is just ruthless and intimidating.”

Trace McManus is not only a good sized target at 6-2, 200, but also possesses good speed as well. Besides playing football, Trace will also be an impact running track for Mississippi College.

“Being fast and athletic is my biggest strength,” Trace said. “I want to improve on my route running when I get on campus and become a Chris Hogan (Monmouth/Buffalo Bills/New England Patriots) type of player.”

Although playing different positions and playing on the opposite side of the football, both brothers have the same attitude of winning and being the very best. From Clinton, Louisiana to Clinton, Mississippi, the McManus brothers will support each other as teammates and as siblings, but at the same time, they also want to stand out among the other making the fans proud for different reasons.

“I’d like to think of myself as an explosive and exciting player,” Trace said. “I hope to hype the fans up all the time by making big plays.”

“To all my Mississippi College fans, I promise I won’t disappoint and I’ll be fun to watch,” Garrett said.”

With both brothers being tall athletic and versatile guys that can make an impact on each side of the ball, there is a good chance that the PA announcers will call the McManus name on several occasions.