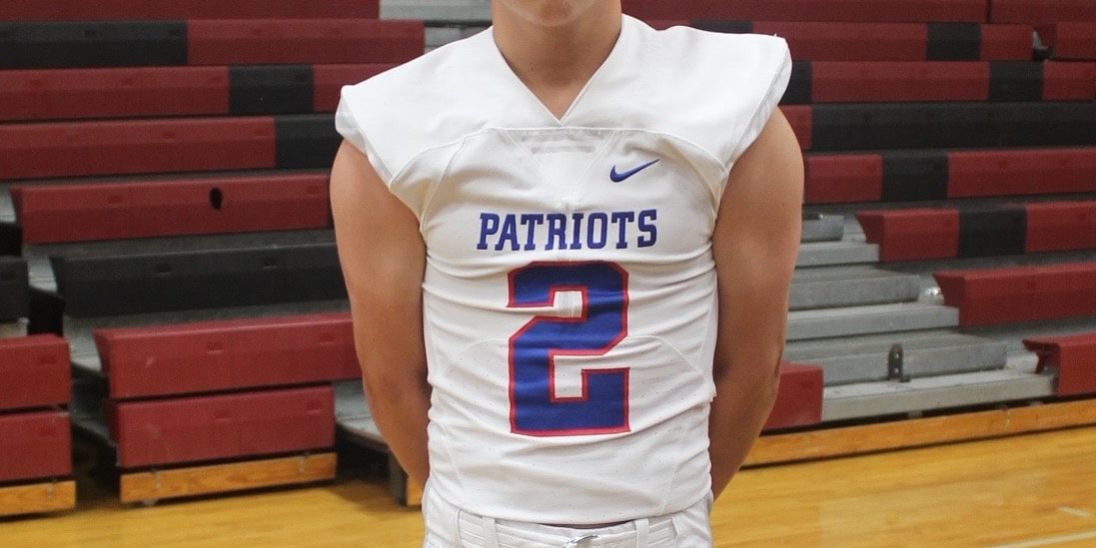 by Jace LeJeune and JBriaan Johnson

John Curtis senior safety Cade Comeaux is another great defensive product that has played under legendary Head Coach J.T. Curtis. After an incredible junior year in which he had 30 tackles, three interceptions, two fumble recoveries, and four pass deflections, Comeaux was expected to be the defensive leader in the secondary as fellow safety Garret Wallow (TCU) graduated. Comeaux stepped up to the challenge and improved on a lot of his numbers from the year before as he racked up 40 tackles, two interceptions, six interceptions, and most importantly led the Patriots to the team’s first state championship appearance since 2014. When Louisiana Football Magazine’s recruiting expert Lee Brecheen saw the two star safety play over the years, he immediately thought of a former safety product from New Orleans that played a crucial role with the LSU Tigers in their 2007 National Championship run.

“Cade Comeaux is the best hitter that I have seen of the free safeties in the state,” Brecheen said. “I think he is a Craig Steltz (Archbishop Rummel/LSU/Chicago Bears) type of player. Comeaux is not a big guy, but will be a great player. He is a big sleeper for any college that signs him.”

As far as what is next for the John Curtis hard hitting defensive back, he has signed his letter of intent as a preferred walk-on with the Ole Miss Rebels. Louisiana Football Magazine’s preseason 1st Team All-South Louisiana free safety selection may not intimidate opponents based on his 6-0, 180 frame, but is a type of player who plays bigger than his size and will intimidate based on his performance on the field. This could be a special walk-on player for Ole Miss as he can immediately get noticed either on the scout team or on special teams. If he can do that, then, he might surprise a lot of Rebel fans. Our very own JBriaan Johnson caught up with the Ole Miss preferred walk-on as he talked about playing for J.T. Curtis, the different positions he has played since high school, what he wants to prove the most at Ole Miss, and so much more in today’s signee spotlight!

LAFM: How long have you played football?

I’ve been playing football since I was 6-years-old.

LAFM: What were some positions you played throughout your life?

Defensive Back, Running Back, Wide Receiver, Linebacker, and Quarterback.

LAFM: What position did you enjoy the most?

Running back was fun because of always getting the ball and scoring.

LAFM: What was your most memorable football game?

This season against Brother Martin.

LAFM: What made it memorable?

I had a 70-yard interception, but ran over 90 yards, and I had two long punt returns.

LAFM: Were there any schools you enjoyed playing against in particular? Maybe a specific rivalry you embraced the most?

Playing against Archbishop Rummel. It was always that school.

LAFM: How was your experience playing for Coach J.T. Curtis?

Absolutely unbelievable. Coach Curtis is an incredible coach and one of the best guys I’ve ever met in my life.

LAFM: What was the biggest lesson you learned from Coach Curtis (football or non-football related)?

That being a man is more important than anything.

LAFM: Moving on to the college level, what do you think will be the biggest adjustment for you?

I’d say the speed, but I’ll be able to adjust to that quickly.

LAFM: What is something you believe you could help your team with immediately?

Pushing them to be their best.

LAFM: What part of your game would you like to see improve the most on the next level?

Filling the alley and absolutely bringing it.

LAFM: What are your personal goals for college?

To get my college degree as a student. As an athlete, to become bigger, stronger, faster, and become an all-around better player and person to my teammates. I want to earn my respect to everyone that meets me.