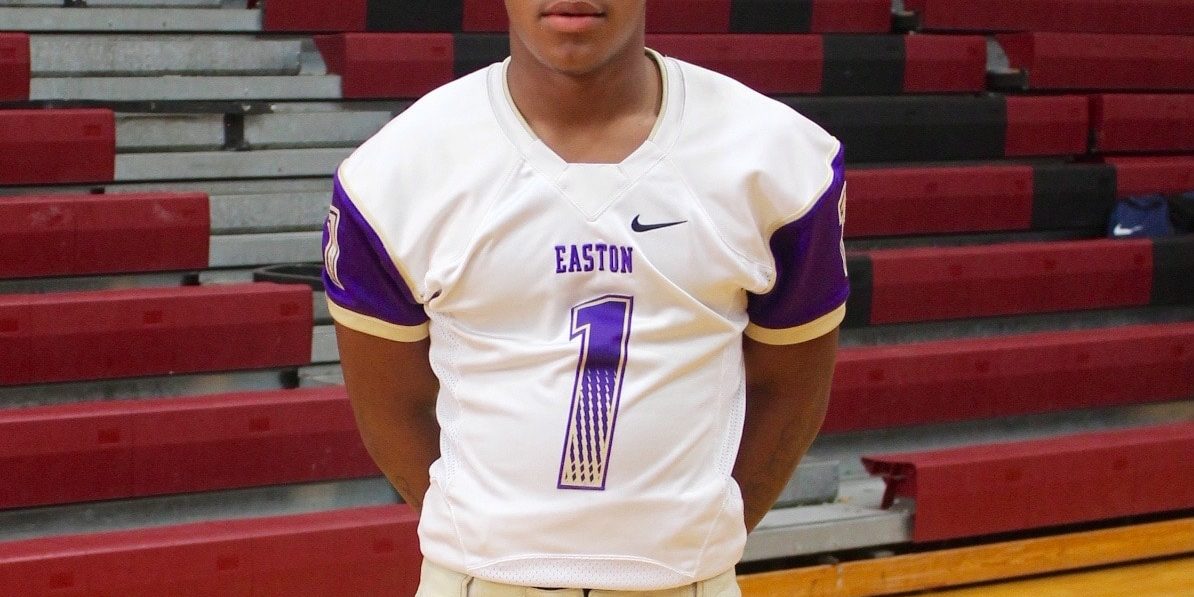 As many defensive football coaches would say, the good defensive players take the ball away, but the great defensive players take the ball away and find a way to score. One of those great defensive players is Warren Easton senior DB Damien Tate Jr. The only problem is that Tate does not just specialize as a defensive back, but during his Warren Easton career, he has made plays from all over the football field no matter what the position may be. During his career, he has accomplished many things on the football field being named All-District Defensive MVP, All-Metro Defensive MVP, All-State Defensive MVP, and even runner-up for the Louisiana Gatorade Player of the Year. Those accomplishments also do not include his recognitions here at Louisiana Football Magazine as recruit expert Lee Brecheen put Tate on the cover of our South Louisiana magazine as well as put him on the All-South Louisiana team as a cornerback. Brecheen has had plenty of high praise ever since Tate started his football career at Warren Easton.

“I mean that is really good and I love the recognition, but it still would have been great if I were recognized as one of the best players in the country,” Tate said.

For a player with Tate’s skill set, it is pretty surprising that Tate was only a three star prospect. Tate’s only drawback might be his 5-10, 175 lb. size, but he does a little bit of everything as he is great in coverage, a great hitter, can return punts or kicks, and is also a ball hawk. Tate realizes that his speed and strength are two of his biggest strengths, but even a confident player like Tate realizes that he has some areas to his game that he needs to improve on.

“I need to improve on staying low through my back peddle as a defensive back,” Tate said.

Besides the measurables, which Tate clearly showed he possessed, he also showed some other aspects to his game that a coach or a scout cannot measure and that is his play making ability when it mattered most as well as his leadership ability. Coming off an incredible junior season in which he had eight interceptions including three returned for touchdowns, Tate was looking to make his mark in 2017. He did earning all kinds of awards and achievements, but at the same time, helped make plays in any way that he could. Tate was also a vocal leader for his team and as a result, the Eagles had an impressive postseason outscoring Carencro, North DeSoto, and Woodlawn (Shreveport) a combined 145-6 score before being defeated in the Class 4A semifinals 20-12 to their arch rival Edna Karr Cougars. Even though Tate could not finish his tremendous high school career in the Superdome, he will always remember playing his high school days.

For Tate, he realizes that his time at Warren Easton is over, but the future of the football program is really bright.

“We had a pretty good season,” Tate said. “It did not end how we wanted, but we know who the best team in the state is and next year, they have to come together as one and see what’s ahead of them.”

As far as what is ahead of Tate, football is still in the far future with what kind of special player he really is, but he has an idea of what he wants to go into once his playing days are over.

“I would like to start a car repair shop or coach football,” he said.

However, it sure looks like Tate will not have to worry about that for quite a while. As one of the best football players in Louisiana especially in the New Orleans area, Tate had been offered by a lot of schools including Jackson State, Idaho, Alabama A&M, Northwestern State, and Southern, but there were two schools that stuck out the most for him. Before the season, the defensive back committed to McNeese State and kept that commitment up all the way until the Sunday before the first National Signing Day Period when he received an offer from Tulane and then signing with the Green Wave on the First National Signing Day. Tate reflected on his decision and why it made perfect sense for him to stay in New Orleans.

“Tulane was everything I was looking for in regards to education, sports, and it was also pretty close to home,” Tate said. “My mom, my brother, and even my daughter loved it so it felt like a good place for me and my family.”

When Tate reflected on making the decision to attend Tulane, he could not help, but look back at the people who have helped him get to where he is now.

“First off, I want to thank my mom because without her, I wouldn’t be here,” Tate said. “I also want to thank God and everyone who has been riding with me since my freshman year. I also want to give a shoutout my boy “BG” Jeffery Holmes, “31Ree” Tyree Tanner, “Big 6” Yoheinz Tyler, and “Sticks” Sheldon Jones as well as my whole DBU unit especially my JackBoyz!”

For Tulane, it sure was one of their best in-state signees over the past couple of years and its star signee will try to make it a great experience for Tulane fans everywhere.

“I can bring a lot to the program,” he said. “I am a fun person to be around. Even when you are down, I could pick you up and I will also help my Roll Wave win more games.”

Damien Tate Jr. models his game after Patrick Peterson (LSU/Arizona Cardinals) and with Tate’s competitiveness, versatility, and speed, he could be that type of player for the Green Wave.