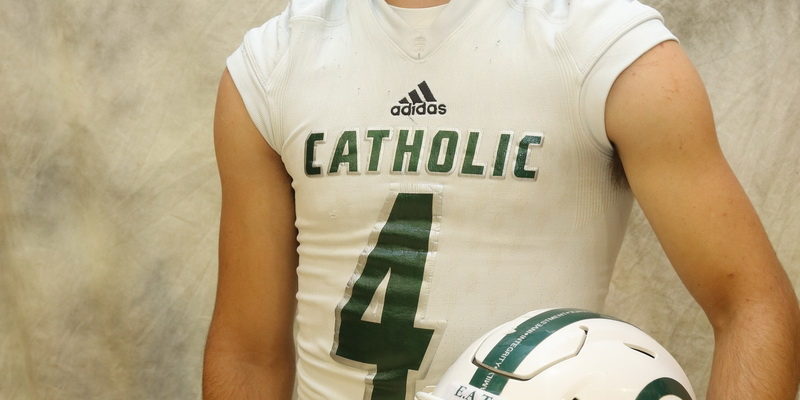 Well, here we are. We have reached the final destination for the private schools when it comes to the Road to the Dome. 16 teams had one goal in mind and that goal is to be one of nine teams in the end holding a state championship trophy. Now, 14 teams’ seasons are over and there are only now only two teams standing. Both teams had a long journey to get to this point, but now, only one team will get the taste of sweet victory while the other team will suffer the agony of defeat. The Louisiana high school football stage does not get any brighter than this. In this game, the Ouachita Christian Eagles will face off against the Catholic Pointe Coupee Hornets for the Division IV state championship crown. Both of these teams have shown that they have what it takes to win the state championship, but which of the two teams will be able to get the win in the end? Well, Louisiana Football Magazine’s recruiting guru Lee Brecheen and editor Jace LeJeune give their predictions on will claim the right as state champion.  Today, we will get you all covered in what you need to know for the Division IV state championship game.

Ouachita Christian’s Road To The Dome: 54-0 win over Sacred Heart in first round; 49-47 win over Calvary Baptist Academy in quarterfinals; 56-41 win over Metairie Park Country Day in the semifinals

Catholic-Pointe Coupee’s Road To The Dome: 28-7 win over Cedar Creek in first round; 13-0 win over Opelousas Catholic in quarterfinals; 21-8 win over Southern Lab in the semifinals

Game Preview: Not a lot of people expected the Division IV state championship game to feature the Ouachita Christian Eagles and the Catholic-Pointe Coupee Hornets, but considering the road both teams had to go through, both teams are more than deserving to be in this position.

The Ouachita Christian Eagles have been in this position many times before in the past as head coach Steven Fitzhugh has won over 200 games and five state championships in his Hall of Fame career. This year, the team is on a mission to capture its sixth state championship under Fitzhugh. The Eagles are led by its star dual threat quarterback Hunter Herring, who at 6-4, 205 pounds, is a star in the making in front of our very eyes. This season, he has thrown for 1,630 passing yards and 24 touchdowns along with 952 rushing yards and 21 touchdowns. Herring was the catalyst in the team’s semifinal win over the Metairie Park Country Day Cajuns with an incredible 300 rushing yards and five rushing touchdowns. Herring also has some versatile playmakers around him including Coach Fitzhugh’s son Will Fitzhugh, who has 1,927 all-purpose yards and can make an impact in all three phases of the game. The Eagles have been balanced offensively and will have to carry the load against a good Catholic Pointe Coupee defense.

In speaking of Catholic-Pointe Coupee, the Hornets, led by head coach David Simoneaux, are making its first ever appearance in the Super Dome. The last time the program has won a state championship game, it was before the state championship games were played in the Super Dome when current St. Thomas More head coach Jim Hightower was leading the sidelines for the Hornets back in 1978. Even though there is inexperience in playing on the big stage for this program, Coach Simoneaux is familiar with the venue as he played in state championship games for the Parkview Baptist Eagles. The Hornets’ game plan is to play ball control offense and keep the explosive OCS offense off the field. It is not a bad game plan as the Hornets have three great running backs in Matthew Langlois, who has 1,236 yards rushing and 11 touchdowns, Nick Carriere, who is also one of the team’s best defensive players, and Collin Grezaffi, who also has ran for over 1,000 yards. However, the biggest storyline for this team is its defensive performance throughout the playoffs. In three games against Cedar Creek, Opelousas Catholic, and Southern Lab, the Hornets have given up a combined 15 points in those three games. The unit led by Carriere and defensive back Micah Cifreo, who has over 11 interceptions in his career, will have its most daunting task yet against Herring, Fitzhugh, and company.

Win-Loss Records For Division IV Picks (At Conclusion Of Semifinals):