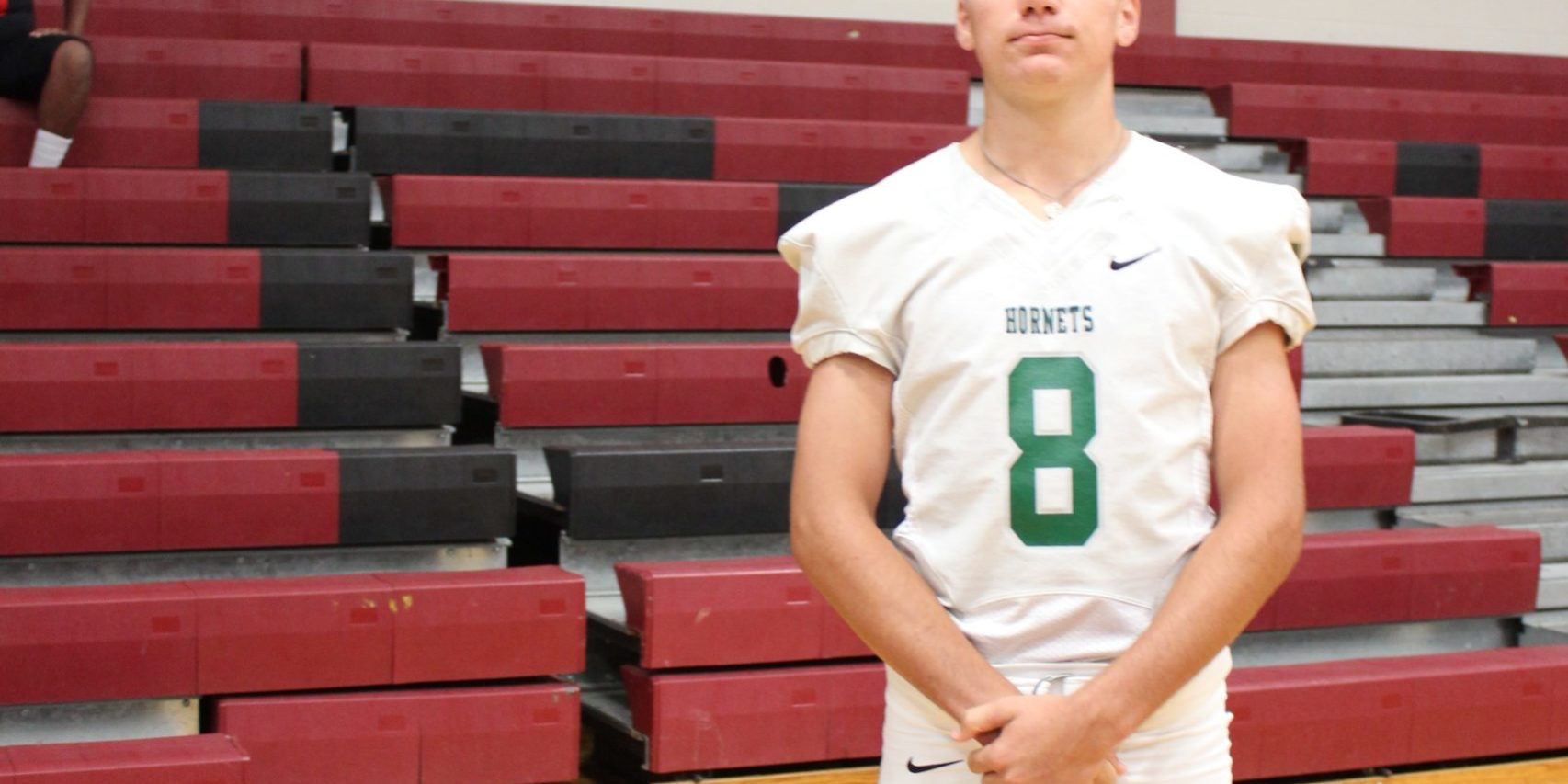 8 teams are down and there are 8 more teams left to go. All 16 teams have their own strengths and weaknesses, but they all have one goal in mind. That is to be one of nine teams in the end holding a state championship trophy in the Mercedes-Benz Superdome with the Queen smash hit “We Are the Champions” playing in the background. For Louisiana football fans, this is the most wonderful time of the year. It is our version of “March Madness”. This year, we got you covered as for the next couple of weeks, we will go through all of the matchups from 1A all the way to 5A each and every week leading up to the All-State Sugar Bowl/LHSAA Prep Classic from December 7th-9th. Louisiana Football Magazine’s expert Lee Brecheen has seen all of these teams play and gives his insight on which teams will survive and continue their march to the Superdome. Today, we preview the Division IV quarterfinal matchups.

Game Preview: First year Vermilion Catholic Head Coach Brady Thomas has helped put the Eagles firmly on the map this season with a number one seed in the Division IV playoffs and are one of the favorites in the Division IV bracket. It is incredible that not only the Eagles have clinched the number one seed with a new head coach, but they also did it while losing their star senior quarterback J.T. Lege for four weeks. This is a team that can throw the football, make plays in the passing game, and could put many points on the board. The Ouachita Christian Eagles, under Head Coach Steven Fitzhugh, are used to competing for state championships and it should come at a more frequent rate as the team also moved down from 2A to 1A. The Eagles may not have a lot of DI recruits, but they are a senior heavy team that competes every week and is very well coached. In Vermilion Catholic’s first round playoff game against St. Martin’s Episcopal, the Eagles were able to dominate the football game winning 40-7. The Ouachita Eagles proved that they are much higher than a #9 seed with a convincing victory over Sacred Heart 42-23. Even though the Eagles are the #1 seed in the entire bracket, they might be the most vulnerable number one seed as their quarterback just returned from an injury and that they are playing a very experienced Ouachita Christian team that has made plenty of deep playoff runs in the past including six state championships with the most recent one coming in 2014.

Game Preview: Even though it might look like a normal #2 vs. #10 game, it is much more than that then what is on paper as these are two teams that are built to make a state championship run. The Cedar Creek Cougars just get better and better every year under the direction of Head Coach Ben Haddox. The Cougars had a great regular season going 9-1 and finishing second in district behind 1A powerhouse Oak Grove. They also started the playoffs like a #2 seed should start with a dominant 42-0 effort against Hanson Memorial. The Cougars are led by one of the best running attacks in the state in QB Jace Moss, RB Tripp Marcus, and RB Parker King to go along with a really good defense led by LB Eli Brown, DE Ben Slusher, and others to make up a very balanced football team. Like the Ouachita Christian Eagles, the St. Mary’s Tigers, led by Corwyn Aldredge, are a team that has made state championship runs in the past including a Division IV state championship appearance in 2015. The Tigers are coming off a very impressive win 33-3 over a really good Opelousas Catholic football team. The Tigers also have one of the best quarterbacks in the entire state in Northwestern State commit Aaron Howell at the helm. This could be one of the best second round matchups that you will see throughout the state especially in the Class 1A public and private brackets.

Game Preview: The St. Edmund Blue Jays, led by Coach Andrew Hargroder, entered the postseason with a school record nine regular season wins and the District 4-1A championship. A key part to the Blue Jays’ success has been the flexbone rushing attack as the team has had two 1,000 rushers for the first time in program history with QB Brad Miller and RB Luke Doucet. The defense is also led by linebackers Murphy Richard, Austin Miller, and Brock Bieber as this is a unit that has not given up over 27 points in one game this season. Not only did the Blue Jays had a successful regular season, but they made a pretty impressive showing against a very experienced St. Frederick football team defeating the Warriors 22-7 in a game in which the running game took over for both teams as there was a combination of over 400 yards in this game. The difference in the game was that the Blue Jays were able to make more plays in the running game. The Ascension Catholic Bulldogs, under the direction of Drey Trosclair, have one of their most talented teams over the past 30 years and that is saying a lot. The Bulldogs have a great one-two punch at running back between Jamar Barber and Jai Williams, who both combine for 2,080 yards rushing and 24 touchdowns. In the Bulldogs’ opening playoff game matchup against the Houma Christian Warriors, Ascension Catholic was able to do what they do best in their game by utilizing the talents of Barber and Williams to run behind that big offensive line. Barber ran for 178 yards and two touchdowns while Germaine “The Juice” Williams’ (LSU) son ran for 103 yards and two more touchdowns. The final score was a lopsided one as the Bulldogs defeated the Warriors 63-7. This could be a quick game as both teams like to run the football. This game may depend on which defensive front will be able to defend the run better in this game.

Lee’s Take: “I don’t think St. Edmund can beat Ascension Catholic. If Ascension Catholic goes in there and plays their game, they should win the football game. Ascension Catholic’s running game is just too good. They got three running backs that can rotate. I think that this is their year and they will win this game.”

Game Preview: This could be one of the most important quarterfinal games in the Class 1A bracket as the winner of this bracket could end up playing in the Superdome at the end. The Lafayette Christian Knights were on a tear at the beginning of the season led by former LSU linebacker Trev Faulk as their head coach as the Knights outscored their first seven opponents 349-39. However, in the district championship matchup against Vermilion Catholic, star quarterback Zachary Clement suffered a season ending injury in that game which helped Vermilion Catholic clinch the division and the number one seed. Even though the Knights lost their star playmaking quarterback, the Knights still have a lot of weapons at their arsenal including RB Trey Breaux, who has just returned from an injury, and Logan Gabriel, who is a converted linebacker that ran for over 100 yards and three touchdowns against the Lions. That was proven in the team’s 34-12 victory over a very good 1A program in Covenant Christian. That victory was also a big one for the new program as it was the team’s first ever postseason victory. The Catholic-Point Coupee Hornets, under David Simoneaux, are having one of their best seasons in recent memory with a 9-1 regular season record and a District 5-1A championship. The Hornets are led by the dynamic duo of QB Nathan Carriere and FB Gared Beauvais on offense. Beauvais has had over 16 rushing touchdowns this season. The Hornets also have a strong defense led by Hunter Fuselier. Like the Knights, the Hornets showed that their regular season success was no fluke as they were able to dominate another strong 1A program as well in the Central Catholic Eagles with a 45-6 victory. This is a Catholic Pointe Coupee football team that is sneaking up on everybody at the right time. As for the Lafayette Christian Knights, it has been a very good coaching job by Trev Faulk to make adjustments after losing their quarterback to the season and now with a playoff victory, the players are confident with the personnel that they currently have. This should be a very entertaining football game between two up and coming teams.

Lee’s Take: “This is an evenly matched game. Trev Faulk has done a great job at Lafayette Christian. Catholic Pointe-Coupee has a great quarterback and Coach David Simoneaux also does a great job at Catholic Pointe Coupee. This is a tough one to call, but I am picking Lafayette Christian barely in this game. I think this game could be an overtime game.”

Jace’s Final Thoughts: Like I said earlier, with Southern Lab not being in the Division IV playoffs, this is now one of the most wide open brackets in the state. To be completely honest, I could see each and every one of these teams in the Superdome and I won’t be surprised. Each team is a little different from each other and nobody has a huge advantage of the other. For me, I have Ouachita Christian, St. Mary’s, Ascension Catholic, and Lafayette Christian getting there, but you never know as there is also a chance that I can go 0-4 on those picks. That is how competitive this bracket is even though it might not contain a lot of teams.