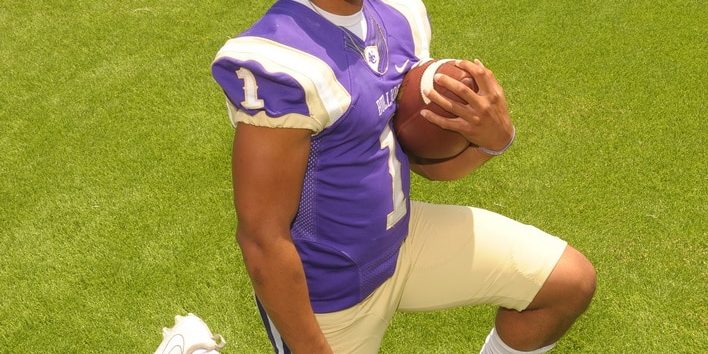 8 teams are down and there are 8 more teams left to go. All 16 teams have their own strengths and weaknesses, but they all have one goal in mind. That is to be one of nine teams in the end holding a state championship trophy in the Mercedes-Benz Superdome with the Queen smash hit “We Are the Champions” playing in the background. For Louisiana football fans, this is the most wonderful time of the year. It is our version of “March Madness”. This year, we got you covered as for the next couple of weeks, we will go through all of the matchups from 1A all the way to 5A public and private each and every week leading up to the All-State Sugar Bowl/LHSAA Prep Classic from December 6th-8th. Louisiana Football Magazine’s expert Lee Brecheen has seen all of these teams play and gives his insight on which teams will survive and continue their march to the Superdome. Today, we preview the Division IV quarterfinal matchups.

Jace’s Game Preview: The Southern Lab Kittens may have given up an early touchdown against St. Mary’s in their first round playoff game, but after that, it was smooth sailing as the Kittens scored 49 unanswered points to defeat the Tigers 49-6. Once again, the Kittens were led offensively by LSU commit Tyrion Davis, who ran for 81 yards and a touchdown on only 11 carries. The biggest part was trying to get the passing game going for the Kittens and that is exactly what they did with both their quarterbacks Travon Myles and Angelo Izzard throwing for four touchdowns. Receivers Theodore Knox and Reginald Johnson had huge games combining for 154 receiving yards and all four touchdowns. The passing game must show up again this Friday for the Kittens because they will face a really good Ouachita Christian team on the road. The Eagles pulled off an upset in their 49-28 win against Central Catholic. The biggest key for the Kittens is to maintain their dominating ground game and keep the explosive Ouachita Christian offensive attack off the field.

Lee’s Pick: “I think it is going to be really close. Ouachita Christian is very tough to beat at home. This could potentially be an upset, but I am going to go with Southern Lab to take care of business, but it should be a close game.”

Jace’s Game Preview: The defending Division IV state champion Lafayette Christian Academy Knights have scored at least 48 points in each of their games and the trend continued in a big way in their first round matchup against Houma Christian. In fact, the Knights made a statement that last year was no fluke by scoring all of their 70 points before halftime in their first playoff game. It was a dominant team effort as the team scored more points (70) than the defense gave up yards (43). RB Logan Gabriel was the bellcow all night rushing for 148 yards and four touchdowns. If the Knights keep playing like this, they can beat anybody in this bracket. However, the Knights have a bigger challenge in the second round against Opelousas Catholic. The Vikings won their first round playoff game against Covenant Christian 35-18. This is a team that has played tough teams over the course of the year and for most part, has defeated them. The Vikings bring a lot of skill talent to the table and will bring their best against Lafayette Christian Academy.

Cameron’s Game Preview: Vermilion Catholic is coming off a big win against Cedar Creek by a final score of 48-13. St. Frederick comes into this matchup after a close win against Sacred Heart by a score of 16-7.  This should be a great and close second round game.

Lee’s Pick: “I think Vermilion Catholic shocked me beating a very good Cedar Creek team. I think St. Frederick’s has really overachieved with a great coaching staff, but I have been really impressed with Vermilion Catholic so I am going to take them in this game.”

Lee’s Pick: “This is a dangerous game for Ascension Catholic. I think Catholic P.C. Head Coach David Simoneaux should be up for Coach of the Year honors. This game is going to be really good and is usually a game that you would see in a state championship. This is probably Catholic P.C.’s best team in 30 years, but I am going to go with Ascension Catholic because they are on a mission to get back to the Dome.”