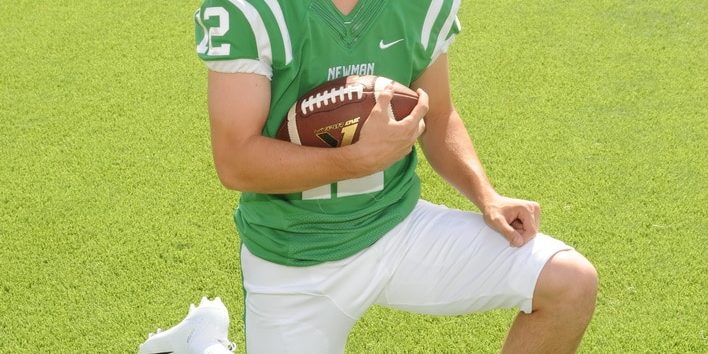 12 teams are down and there are 4 more teams left to go. All 4 teams have their own strengths and weaknesses, but they all have one goal in mind. That is to be one of nine teams in the end holding a state championship trophy in the Mercedes-Benz Superdome with the Queen smash hit “We Are the Champions” playing in the background. For Louisiana football fans, this is the most wonderful time of the year. It is our version of “March Madness”. This year, we got you covered as for the next couple of weeks, we will go through all of the matchups from 1A all the way to 5A each and every week leading up to the All-State Sugar Bowl/LHSAA Prep Classic from December 6th-8th. Louisiana Football Magazine’s expert Lee Brecheen has seen all of these teams play and gives his insight on which teams will survive and continue their march to the Superdome. Today, we preview the Division III semifinal matchups.

Jace’s Game Preview: Could this finally be the year that the Isidore Newman Greenies finally break through and get to the Superdome? Well, last year, it was the West Feliciana Saints that finally overcame that obstacle after falling short for so many years. This year, Head Coach Nelson Stewart and the Greenies would like to duplicate what the Saints accomplished the year before, but they would have to do it against one of the biggest state powerhouses in Notre Dame led by Hall of Fame Coach Lewis Cook. The Notre Dame Pioneers dominated the Episcopal Knights in all three phrases with an impressive 41-0 quarterfinal win. The Pioneers have some motivation as well after being dominated by Catholic New Iberia in the Division III state championship 33-16 last year. Meanwhile, it was tougher sledding for the Greenies as they had to go on a road to face a good Calvary Baptist team. The Greenies’ experience was a key component to the victory as the team was once down 18 points, but the team never backed down and had a big fourth quarter scoring 21 points in the final 12 minutes including a 60 yard game winning touchdown pass from senior QB Martin Butcher to senior WR Murray Calhoun with three minutes left to escape with a 31-28 victory. It should be a great matchup between an explosive offense of Isidore Newman versus a discipline and stingy Notre Dame defensive unit.

Cameron’s Game Preview: Metairie Park Country Day enters this matchup after a shootout with Ascension Episcopal.  Country Day came away 58-35 winners. Catholic-N.I. upset Dunham by a score of 35-7.  This should be one of the best games in the state this weekend.

Lee’s Pick: “I thought Catholic N.I. would not get through the Dunham game with Derek Stingley Jr. playing. It really shocked me that not only did they beat Dunham, but they beat them pretty good. Country Day’s offense is phenomenal, but Catholic N.I. has proven that they can shut down great players. Country Day QB Justin Ibieta and company will get their points and yards. I still think Catholic N.I. is still young and the biggest difference between Country Day and Dunham is that Country Day has a DI quarterback while Dunham could not throw the ball. I am going to go with Country Day to make it to the Dome.”