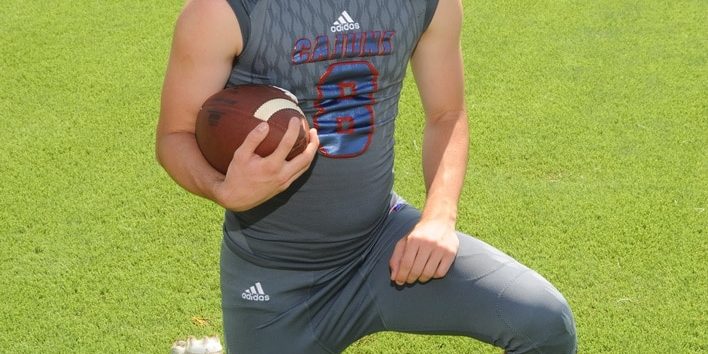 8 teams are down and there are 8 more teams left to go. All 16 teams have their own strengths and weaknesses, but they all have one goal in mind. That is to be one of nine teams in the end holding a state championship trophy in the Mercedes-Benz Superdome with the Queen smash hit “We Are the Champions” playing in the background. For Louisiana football fans, this is the most wonderful time of the year. It is our version of “March Madness”. This year, we got you covered as for the next couple of weeks, we will go through all of the matchups from 1A all the way to 5A public and private each and every week leading up to the All-State Sugar Bowl/LHSAA Prep Classic from December 6th-8th. Louisiana Football Magazine’s expert Lee Brecheen has seen all of these teams play and gives his insight on which teams will survive and continue their march to the Superdome. Today, we preview the Division III quarterfinal matchups.

Jace’s Game Preview: The Episcopal senior running back duo of Austin Jemison and Brandon Garrido stepped up in a big way in last week’s 33-22 first round playoff victory over #9 seed Holy Savior Menard. Jemison ran for 190 yards and two touchdowns on 15 carries while Garrido ran for 69 yards and two touchdowns on ten carries. Another key in the Knights’ victory was a great start by the team overall jumping to a big 32-7 lead and winning the turnover ratio. For the Knights to move on to the next round, they must do more of the same against one of the best coaches in the state in Lewis Cook. Coach Cook and the Notre Dame Pios are once again state championship favorites, but this time, the team wants it even more after losing in the state championship game last season.

Lee’s Pick: “Episcopal is a young team full of mostly sophomores and juniors. Coach Travis Bourgeois has done a phenomenal job winning a playoff game, but Notre Dame is going to be too much for them to handle.”

Jace’s Game Preview: Both teams are coming off of dominant performances in their first round playoff games. The Isidore Neman Greenies defeated Northlake Christian 42-7 while the Calvary Baptist Cavaliers defeated Pope John Paul II 42-9. This game is one of the most intriguing matchups in the bracket this round just because both teams can put up a lot of points and are led by two talented quarterbacks in Cade Hart from Calvary Baptist and Martin Butcher from Isidore Newman. This could be one of those games in which whoever has the ball last will most likely win this game.

Lee’s Pick: “Calvary Baptist has the advantage playing at home, but I think Newman is on a mission to finally get to the Dome. It is going to be tough for Calvary to stop Martin Butcher even though they also got themselves a good quarterback in Cade Hart. Still, I got the Greenies advancing to the next round.”

Lee’s Pick: “I am picking Dunham. I don’t think Catholic New Iberia is going to stop LSU commit Derek Stingley Jr., running back Treylan Mouton, and that group. Catholic New Iberia is well coached, but I think they are a young team right now. Dunham is a little bit of a more experienced team so I am going to go with the more experienced team in this one.”

Lee’s Pick: “I have gotten a chance to watch both teams over the last few weeks. Ascension Episcopal’s star receiver Seth Kerstetter is hurt for the rest of the season. I think that loss will really hurt the Blue Gators’ offense. I think Cole Simon has done a great job as the starting quarterback and Seth’s younger brother Will Kerstetter also has done a very nice job of starting at wide receiver, but the group loses 70% of their offense. Now, the offense will have to rely on running back Jhalen Brown, who is really good as well, but it is going to make them a little one dimensional. Country Day has a really good offense and without Seth Kerstetter in the lineup, I am going to have to go with Country Day in this game.”