Road to the Dome: LHSAA Division III First Round Preview 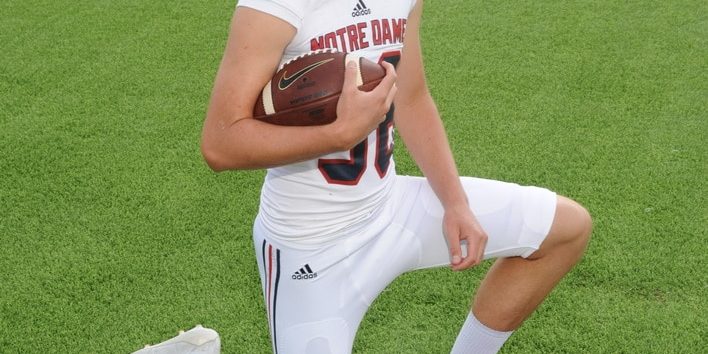 Road to the Dome: LHSAA Division III First Round Preview

Finally, the best time of the Louisiana High School Football season is here and that is playoff time! The playoffs are always unique in the sense that is unlike the regular season as you lose, there is another week to play. In the playoffs, there is no tomorrow because if you lose, you go home. Through all the classifications and all of the teams in the playoffs, there is one goal in mind and that is to be one of nine teams in the end holding a state championship trophy in the Mercedes-Benz Superdome with the Queen smash hit “We Are the Champions” playing in the background. For Louisiana football fans, this is the most wonderful time of the year. For the second year in a row, we got you covered as for the next couple of weeks, we will go through all of the private and public matchups from 1A all the way to 5A each and every week leading up to the All-State Sugar Bowl/LHSAA Prep Classic from December 6th-8th. Louisiana Football Magazine’s expert Lee Brecheen has seen all of these teams play and gives his insight on which teams will survive and continue their march to the Superdome. Today, we preview the Class 2A private bracket, which is Division III!

Jace’s Team Preview: The Notre Dame Pioneers always have a shot when it comes to contending for a state championship especially with legendary Head Coach Lewis Cook leading the way. After losing in the Division III state championship last season, the Pios are back with vengeance. With an undefeated regular season, the Pios are in for another special season in 2018. As always, the running game is the team’s bread and butter. RB Noah Bourgeois will be relied on heavily. When the team does need to throw the football, they will do so with an athletic junior quarterback that can both run and pass. His favorite target in the passing game is WR Kaizer Lamm. Add in an experienced offensive line and you have yourself an explosive offense. The defense, which has always been a strength for this team, is good once again this season. The unit is led by defensive back and former wide receiver Jacob Dore. Just when it seems like they are hard enough to beat, they have one of the best kickers in the state to boot in John William Lamm. The Pios will await the winner of the Episcopal/Holy Savoir Menard game.

Jace’s Game Preview: The Episcopal Knights, under longtime Head Coach Travis Bourgeois, are always going to be in every game. This is a team that is well coached and finds a way to compete week in and week out. The Knights will rely on their really strong running game. This season, senior star RB Austin Jemison, who has an offer from Southeastern, ran for 1,459 yards and 17 touchdowns and his counterpart Brandon Garrido is not too shabby himself as he has 959 rushing yards and 10 touchdowns. If nobody can stop the running game, then, it is going to be a long day for the other team. The Holy Savior Menard Eagles, led by second year Head Coach Chris Gatlin, always play tough and will play tough against the Knights. The Eagles may not be overly big, but they do have some good athletes featuring QB Cameron Miguez, WR/DB Colby Lovely, WR/DB Brandon Cochran, and MLB Brik Hazel.

Lee’s Pick: “That is a flip of a coin type of game that could go either way. Episcopal is really young, but I am going to go with Episcopal in this game since it is at home. If the game was being played at Menard, I would pick them. However, since it is at Episcopal, I am taking the Knights in this one.”

Jace’s Game Preview: Head Coach Nelson Stewart and the Isidore Newman Greenies have been always knocking on the door of playing in the Superdome nearby. This year could be the year for the Greenies to finally break through. When you think of Newman, you think of great quarterback play and they certainly have that this season with senior QB Martin Butcher. Butcher came on the scene last season breaking Peyton Manning’s (Tennessee/Indianapolis Colts/Denver Broncos) single season passing record at Newman as a junior. As a senior in 2018, Butcher has eclipsed those numbers he posted as a junior by completing 63% of his passes for over 2,500 yards and an incredible 40 touchdowns to only three interceptions. Butcher is a talented passer and fits perfectly in this system. He has great athletes to distribute the football to. Whether it is RB T.J. Bush and WR Murray Calhoun, who is right behind him with 1,000 yards receiving and 14 touchdowns, it is pick your poison for any defense. Defensively, the Greenies have been really good with LB Liam Rowan, and SS Eli Abramson. The Northlake Christian Wolverines, led by Head Coach Anthony Agresta, have had a tough year, but do not underestimate this team as they have some players that can give Newman some fits. QB Poppie Duke may be only 5-9, 150 pounds, but he has explosive 4.5/40 speed. RB/LB Ian Lopez is a physical skill player that will help in the run game. Speak of helping in the run game, senior OT/DT Jacob Herrington does a great job whether it is clearing holes on offense or stuffing the run on defense.

Lee’s Pick: “Northlake Christian has a good team, but I think Newman is going to be too much for them.”

Jace’s Game Preview: The Calvary Baptist Cavaliers, led by Head Coach Rodney Guin, have had really a good season. After winning seven games last season, the team has a chance to improve on that total in the postseason this year. Coach Guin is slowly but surely trying to build the Cavaliers as a dominating program once again. The team has been solid offensively and defensively. Another advantage that the team has is on special teams as the unit has one of the best punters in the state in Brian Barber. The Pope John Paul II Jaguars are young, but they are a tough and resilient group. The future is really bright as this year, the program added a big pickup in first year Head Coach Charlie Cryer. Although the team is young, senior RB/LB Micah Saucier shows a lot of heart and will set the tone for the rest of his teammates.

Lee’s Pick: Even though Calvary Baptist is not the old Calvary Baptist when they had guys like Shea Patterson (Ole Miss/Michigan) and Greedy Williams (LSU), they have more talent than Pope John Paul so Calvary wins this game.”

Cameron’s Team Preview: The Dunham Tigers are on a bye for the first round and will face the winner of Holy Savior Menard and Episcopal.  The first round bye is deserving because the Tigers finished the season 10-0. They have talent all over the field starring LSU commit Derek Stingley Jr. and will be a force to reckon with during the playoffs.

Cameron’s Game Preview: These two teams faced off earlier in the season and Catholic-N.I. won 63-7.  That was early in the season so this playoff game should be closer. Catholic-N.I. lost some key offensive players after the 2017 season, but as usual, they had new guys step up and they are now in the playoffs.  FS Peter Leblanc will be leaned on to help the Panthers repeat as Division III State Champions. St. Thomas Aquinas returned many of their big guys in the trenches but are young at the skill positions.  First year coach Randell Legette has led the Falcons to a 5-5 regular season and looks to have success against a tough team in the first round.

Lee’s Pick: “I am going to take St. Thomas Aquinas in an upset.”

Cameron’s Game Preview: Coach Matt Desormeaux has done a tremendous job this season coaching a young Ascension Episcopal team to an 8-2 record. The team also has power RB Jhalen Brown. Riverside Academy’s first year head coach Kevin Dizer had a tough task his first season. The Rebels did not have many returning starters and play an extremely tough schedule. Despite that, the team earned a spot in the playoffs and Coach Kevin Dizer will have them ready to play.

Lee’s Pick: “I think Ascension Episcopal wins this one big. Riverside is a really good team, but missing Jordan Loving (LSU) is going to hurt them in this game.”

Cameron’s Game Preview: Country Day has a bye for the first round and they will face the winner of Ascension Episcopal and Riverside Academy.  Coach Joe Chango and the Cajuns have a great offense that is led by their junior quarterback. It will be a struggle for any defense to stop this explosive offense during the playoffs.

Cameron’s Final Thoughts:  This bracket will be extremely competitive.  There are many teams that can really put up some points so it will come down to which defense steps up this postseason.