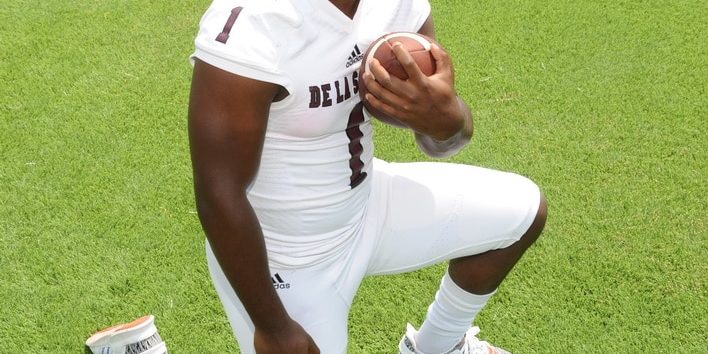 12 teams are down and there are 4 more teams left to go. All 4 teams have their own strengths and weaknesses, but they all have one goal in mind. That is to be one of nine teams in the end holding a state championship trophy in the Mercedes-Benz Superdome with the Queen smash hit “We Are the Champions” playing in the background. For Louisiana football fans, this is the most wonderful time of the year. It is our version of “March Madness”. This year, we got you covered as for the next couple of weeks, we will go through all of the matchups from 1A all the way to 5A each and every week leading up to the All-State Sugar Bowl/LHSAA Prep Classic from December 6th-8th. Louisiana Football Magazine’s expert Lee Brecheen has seen all of these teams play and gives his insight on which teams will survive and continue their march to the Superdome. Today, we preview the Division II semifinal matchups.

Jace’s Game Preview: If this game sounds familiar to you, then you are right as this is a rematch of last year’s Division II state championship game when both teams were undefeated and were playing for the title as the best team in Louisiana regardless of classification. That night, it was the University Lab Cubs dominating 45-19. The De La Salle Cavaliers are looking for revenge heading into this week’s semifinal matchup. The Cavaliers survived a thriller and ended Archbishop Hannan’s undefeated season with a final score of 17-14. It was the backfield tandem of Kendall Collins and Montrell Johnson that combined for 232 yards and both touchdowns to give the Cavaliers a 17-7 lead, but the Hawks showed why they were previously undefeated as they showed resiliency and scored a touchdown on screen pass from QB Brantley Taylor to RB/WR Dawson Millen, who had his second touchdown of the night to cut the Cavalier lead down to three. The Hawks had a chance to tie the game with a field goal with a minute left to go in the ball game, but instead of kicking the field goal, the Hawks faked it and tried to throw the ball in the end zone. The pass was incomplete and the Cavaliers survived. For the Cubs, it was not as dramatic as the team took care of business as usual with a dominating 48-14 victory over the St. Louis Catholic Saints. Senior QB John Gordon McKernan had more touchdown passes than incompletions with five touchdown throws compared to four incompletions while Virginia commit Michael Hollins ran for 95 yards and two more touchdowns to complete the scoring effort. The winner of this game will have a chance to go to the state championship for the second year in a row. The Cavaliers will be motivated to play and will give it all the Cubs can handle, but in the end, will it really be enough to stop the unstoppable force that is University Lab?

Lee’s Pick: “This was a matchup of the state championship game last year where it did not go really well for De La Salle. De La Salle has returned a lot of talent and they are young. They have grown up and matured as the season has gone along. The only problem is that there are still more of an one dimensional running team. You can’t be one dimensional playing U-High especially in the playoffs. De La Salle’s defense might even be better than last year’s even though they are young. It might be a closer game than what people think, but U-High is going to win this game.”