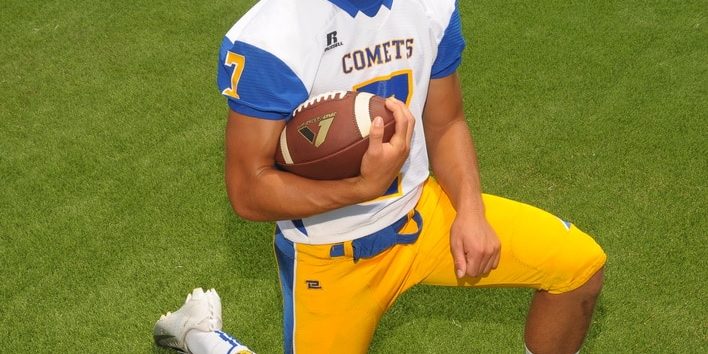 8 teams are down and there are 8 more teams left to go. All 16 teams have their own strengths and weaknesses, but they all have one goal in mind. That is to be one of nine teams in the end holding a state championship trophy in the Mercedes-Benz Superdome with the Queen smash hit “We Are the Champions” playing in the background. For Louisiana football fans, this is the most wonderful time of the year. It is our version of “March Madness”. This year, we got you covered as for the next couple of weeks, we will go through all of the matchups from 1A all the way to 5A public and private each and every week leading up to the All-State Sugar Bowl/LHSAA Prep Classic from December 6th-8th. Louisiana Football Magazine’s expert Lee Brecheen has seen all of these teams play and gives his insight on which teams will survive and continue their march to the Superdome. Today, we preview the Division II quarterfinal matchups.

Jace’s Game Preview: The St. Louis Catholic Saints are coming off a big playoff win on the road against a really good Loyola College Prep team 36-24. The Saints are playing their best football right now having won four of their last five games. They will have to play the best game of the year in order to have a chance against arguably the best team in the state of Louisiana regardless of classification in University Lab. After a bye, the Cubs will now begin their playoff quest to defend their state championship. With plenty of DI talent, the Cubs have dominated the competition winning each game by 20 points or more. What is really impressive is that they have dominated state championship caliber teams such as Southern Lab, Zachary High School, and Catholic High School (B.R.). If the Cubs show up and play like they are capable of playing, this game should be over by halftime.

Lee’s Pick: “This game could be over by halftime. The Saints have done a great job and have great coaches. They always play better than what their overall talent may indicate, but for them, it is just not even fair to play U-High.”

Jace’s Game Preview: What a matchup this is in the quarterfinals! The Archbishop Hannan Hawks are still flying under the radar with an undefeated 11-0 record. Head Coach Scott Wattigny has done a remarkable job with this football program and the team is full of really good players. The Hawks shut out Lusher Charter 37-0 in their first round playoff game. It was a dominant game on both sides of the football. The running game controlled the tempo with senior Brendan David, who ran for 131 yards and three touchdowns on an impressive nine carries, while the defense forced seven turnovers and giving up a very impressive 23 yards. They will now face an opponent that is also coming off a dominant victory. The De La Salle Cavaliers have exceeded expectations after losing majority of their key impact players due to graduation from last year’s state championship runner-up team. Coach Ryan Manale continues to do a great job of building the Cavaliers into a football power. In their first round playoff game, their rushing attack led by Southeastern commit Kendall Collins, also had their way against the Vandebilt Catholic Terriers scoring 42 points while the defense only gave up seven. This is going to be one of those games in which the team that controls the line of scrimmage is going to win the game.

Lee’s Pick: “Archbishop Hannan has a really good senior group. They are not overly stacked with prospects, but they are great players. From a talent standpoint, De La Salle has a lot more talent. I think it will be tough for Hannan to beat them so I am going to go with De La Salle.”

Cameron’s Game Preview: St. Thomas More enters this matchup well rested after a bye in the first round.  E.D. White is coming off a good victory against St. Michael with the final score being 27-7.  E.D. White will have to be clicking on all cylinders to give St. Thomas More a run for their money.

Lee’s Pick: “E.D. White has competed really well with senior QB Brandon Legendre. He is an exciting player, but I think St. Thomas More’s offense is unstoppable. I think QB Caleb Holstein, WR Deion Senegal, WR Grant Arceneaux, and the rest of these receivers are going to be too much offense for St. Thomas More. I think they will put up 40-50 points in this game.”

Cameron’s Game Preview: St. Charles Catholic comes into the second round ready to play after having a bye in the first round. Parkview Baptist goes into this round after beating Teurlings Catholic by a score of 35-16. This should be an extremely entertaining game.

Lee’s Pick: “I think Jay Mayet should get the Coach of the Year job for what he has done this year at Parkview Baptist. Hats off to them for winning a playoff game, but playing St. Charles Catholic on the road, it is going to be tough to beat them. If it was at Parkview, it would be more of a tossup. I am going to pick St. Charles Catholic to win this one in a close game.”