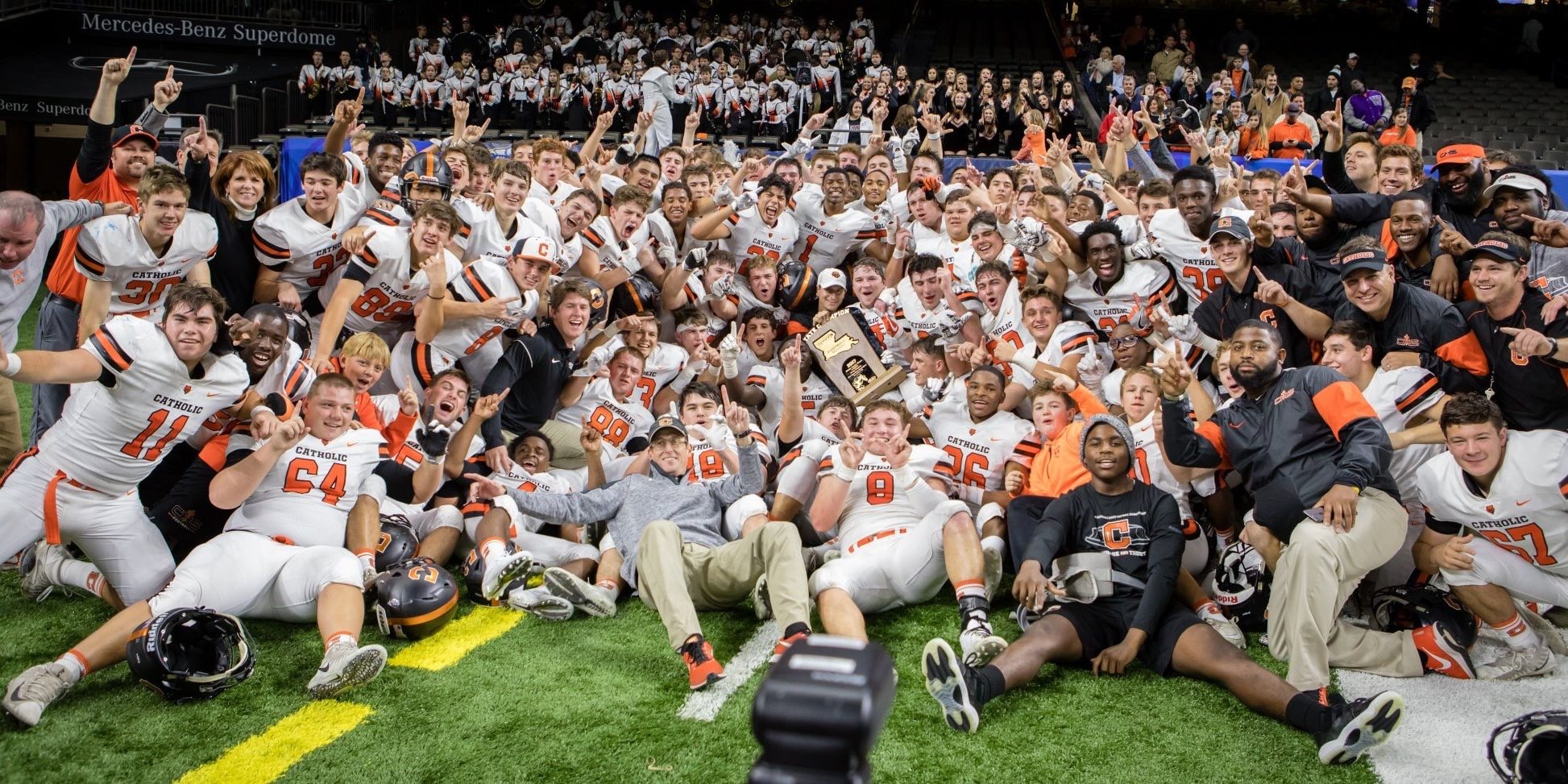 What a great weekend it was for Louisiana high school football fans! Over three days, 18 of the state’s best teams battled it out for the title of being state champions. These teams worked all spring, summer, and fall for a chance for this moment. In the end, nine teams came out as state champions. It was a long journey to the Dome and it was one full of exciting moments as well as ups and downs, but these state championship teams finished the long winding journey on top. Now, the teams come home with a state championship trophy. No matter if these players go on to play collegiate football or if they end their careers at the high school level, these players will not forget what it meant for their team to hold up a state championship trophy. For the teams that lost this weekend, there is nothing to hang their heads about. They got to a point in which a lot of other teams would have dreamed about reaching. Over the course of the week, we will recap each and every game that went down over the weekend. There is still a lot going on in the football world as bowl games will be fixing to start, the NFL regular season is about to come to an end, and there is still a lot of All-Star games that will be going on at the high school level, but we will have to wait until next season to see Friday night football once again. As we wrap up the 2017 Louisiana High School Football season, we will give our analysis of all that went on during the weekend. Today, we will talk about the seventh game of the LHSAA Prep Classic which was the Division I State championship game between John Curtis and Catholic B.R.

Play of the Game: There could have been a couple of plays that could be in the running including the Patrick Mensah 50 yard punt return that set up the second Bears touchdown, but I am going to have to go with a punt return that had a huge impact on this game for other reasons. Mensah was trying to make a play, but misjudged the football. The ball landed in the end zone and was recovered by John Curtis’ Rhyen Gilmore for what seemed to be a touchdown. However, LHSAA rules state that anytime the ball is muffed and hits the end zone, the ball is ruled dead. That ruling took potentially seven points away in a game that was a 20-14 final score. Who knows which ways the game could have gone if the rule did not exist.

Catholic Player of the Game: The MVP award went to Cameron Dartez. The junior QB showed a lot of poise in the biggest game of his upcoming career not making any crucial mistakes to cost his team and managing the offense. Dartez finished completing 22 of 31 passes for 206 yards a touchdown and an interception. Even though Dartez won the MVP award chosen by the media, I would say senior DB Patrick Mensah deserved the most valuable player award. Mensah played in a couple of huge plays that helped the Bears seal the win. First, he caused a fumble that looked like it was going to be a John Curtis touchdown. Then, he affected game on special teams having a nice 50 yard touchdown to set up a touchdown and then finally, he iced the game with the game winning interception. Mensah did everything except play on the offensive side of the football, but he was the dynamic player the Bears needed in order to get their second state championship.

John Curtis Christian Player of the Game: John Curtis sophomore QB Collin Guggenheim was very impressive even in the loss. He actually had some nice runs against the Catholic High defense including a 19 yard touchdown run and he did this with a broken index finger injury on his throwing hand that he suffered in the second quarter.