Road to the Dome: LHSAA Division I Semifinals Recap 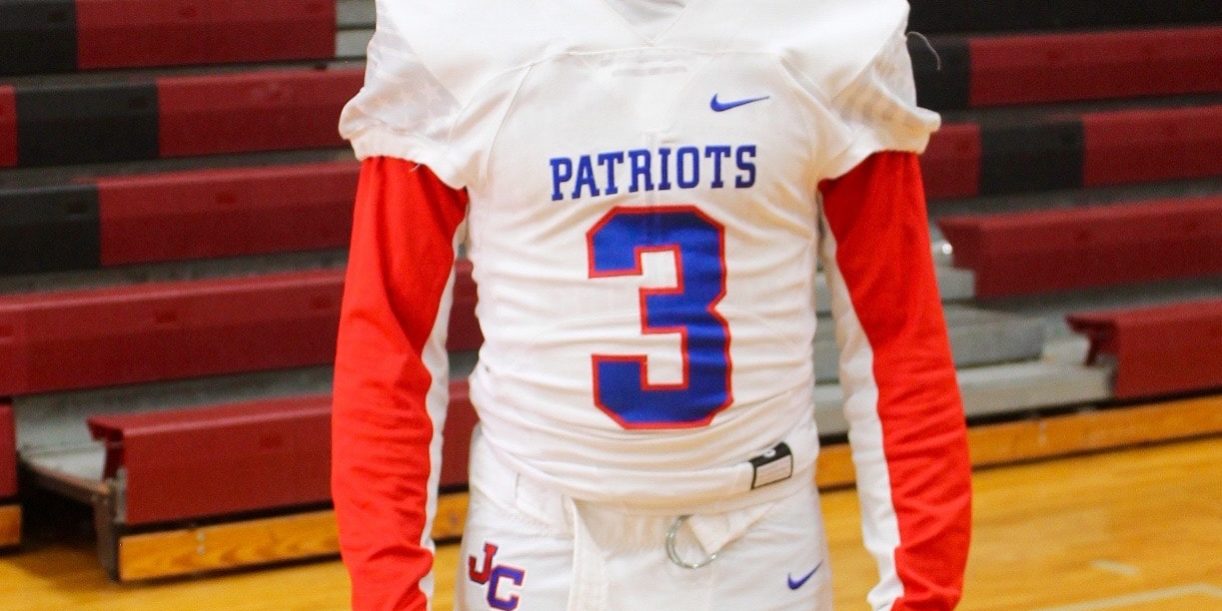 Road to the Dome: LHSAA Division I Semifinals Recap

Four teams played in the semifinal round of the Division I playoffs and only two of those teams will advance to play in the state championship game. For the two teams that lost this week, their season is over, but for the two teams that move on to the next round, those particular teams have one goal. That is to be one of nine teams in the end holding a state championship trophy in the Mercedes-Benz Superdome with the Queen smash hit “We Are the Champions” playing in the background. For Louisiana football fans, this is the most wonderful time of the year. It is our version of “March Madness”. This year, we got you covered as for the next couple of weeks. We will go through all of the matchups from 1A all the way to 5A each and every week leading up to the All-State Sugar Bowl/LHSAA Prep Classic from December 7th-9th. We weren’t able to get in our Division I playoff preview before the games started, but we will give you a quick recap of the games and what actually went on before we give out our semi-final previews later tomorrow.

Game Recap: In a rematch of the 2015 Division I semifinals, the Catholic High Bears from Baton Rouge faced off against the Evangel Christian Academy Eagles for a chance to punch their ticket to the Superdome. In the first matchup, the Catholic High Bears prevailed in that game to advance to the state championship game. They wanted to repeat history against one of the best defenses in all of the state. Both defenses were actually two of the best in the state as Evangel’s defense has three LSU commitments in DB Ar’Darius Washington, LB Micah Baskerville, and DT Davin Cotton even though he was out for the season. While Catholic High does not have the recruits like Evangel has, they too have played great defense over the past couple of weeks. It was going to be one of those low scoring football games that determine which team makes more plays on offense as well as special teams. The Eagles had a fast start offensively with a 69 yard run by Elijah Chatman that set up a two yard touchdown run by Na’Drain Dizadare to give Evangel an early 6-0 lead. The extra point was blocked, which set the tone early on what kind of game it was going to be. Even though it took the Eagles only a couple of minutes as well as a couple of plays to score a touchdown on their first drive, it would be the team’s best offensive drive the entire night. After the Evangel Christian touchdown, both defenses showed how strong both units were as the offenses had to fight for each and every yard. Both teams had a chance at field goals late in the first half, but they were both no good. The Eagles would enter halftime holding on to a 6-0 lead. Late in the third quarter, it was pretty much the same for both teams as both offenses struggled to move the ball. Catholic fans had to wonder what it was going to take to score on these guys. Knowing how the game was going, the Bears needed a big play on defense or on special teams to get those hard earned points and indeed, they got it late in the third quarter. Catholic High senior Noah Broussard blocked a Christian Bailiff punt and returned it for a touchdown. That touchdown was the play that was needed to give the Bears the edge. The extra point was good so the Bears got their first lead of the football game to make it 7-6. Still, there was another quarter left to be played. After gambling and succeeding on a fourth down and one, the Eagles were apparently on their way to take the lead with at least a field goal until Broussard stepped up to make another play. This time, it came on defense with a 28 yard interception return for a touchdown to extend the Bears lead at eight. Now, with the Bears’ defensive energy, they were able to keep the Eagles out of the end zone to capture their second semi final playoff victory at Evangel Christian Academy in three years with a 14-6 win. It was an incredible defensive effort for both teams as both offenses were not able to rack up even 200 yards of offense, but the Bears made more plays on defense and special teams to get the victory. For Byron Dawson and the Evangel Christian Academy Eagles, their pursue of back to back state championship wins falls against the Catholic High Bears. For Gabe Fertitta and the Catholic High Bears, it was another great playoff win as the Bears are now going to their second state championship appearance in three years after going over 25 years between their first trip and their second trip to the Superdome.

Game Recap: The Scotlandville Hornets are on a mission to make it back to back state championship appearances. The team that would be in the way is only the most successful Louisiana high school football program of all time in the John Curtis Patriots, which has been a program that has won 26 state championships and has been a state runner up another nine times. What good coaches do is try and get the opposition’s best player out of the game plan and that is what legendary John Curtis Head Coach J.T. Curtis did and that is keep Scotlandville star defensive back Kelvin Joseph out of the football game defensively. John Curtis sophomore QB Collin Guggenheim only threw the ball three times in the football game, but did a great job of making great decisions in the option game and running the football. It was kind of a defensive battle in the first half as the Patriots only held an 8-0 lead at the end of the first half, but the Patriots rushing attack took off in the second half. It took a committee of Patriots to get the Hornets off their toes as four different John Curtis runners scored a touchdown. Those players include Darryan Washington, who scored from 34 yards for the first touchdown, Malik Wells, who ran for a 70 yard touchdown, Guggenheim, and even Corey Wran, who had only one carry during the game, but took advantage of it with a 61 yard touchdown run to close the deal. While the John Curtis versatile running attack was doing damage on the ground, the John Curtis defense was playing bend but don’t break by giving up big plays to QB Cameron Armstead and company, but not giving up any points. As a result, the Patriots were able to roll on to play in the Superdome defeating the Hornets 29-8. For LaVanta Davis and the Scotlandville Hornets, the team was denied short of another trip to the Superdome, but don’t make no mistake about it that this program is on the rise. For J.T. Curtis and the John Curtis Patriots, this will be the team’s 36th opportunity at a state championship, but will only be the first appearance since 2014. The Patriots are looking to end their dry spell next week in the Superdome against the Catholic High Bears for their first state championship since the 2013 season.