Road to the Dome: LHSAA Division I Semifinals Preview 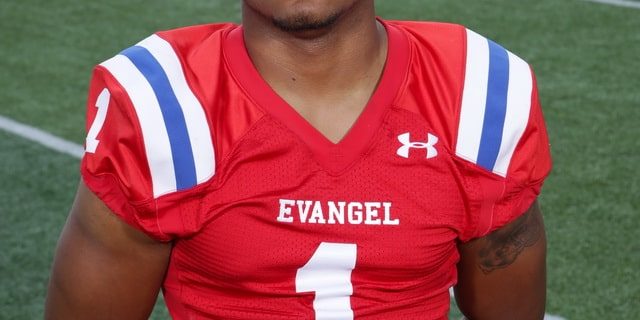 Road to the Dome: LHSAA Division I Semifinals Preview

12 teams are down and there are 4 more teams left to go. All 4 teams have their own strengths and weaknesses, but they all have one goal in mind. That is to be one of nine teams in the end holding a state championship trophy in the Mercedes-Benz Superdome with the Queen smash hit “We Are the Champions” playing in the background. For Louisiana football fans, this is the most wonderful time of the year. It is our version of “March Madness”. This year, we got you covered as for the next couple of weeks, we will go through all of the matchups from 1A all the way to 5A each and every week leading up to the All-State Sugar Bowl/LHSAA Prep Classic from December 6th-8th. Louisiana Football Magazine’s expert Lee Brecheen has seen all of these teams play and gives his insight on which teams will survive and continue their march to the Superdome. Today, we preview the Division I semifinal matchups.

Jace’s Game Preview: Both the John Curtis Patriots and the Evangel Christian Academy Eagles had to face very familiar opponents in order to get where they are both at right now. The John Curtis Patriots had to face Catholic league rival Jesuit Blue Jays in the quarterfinals. The Patriots jumped up to a big 27-0 lead thanks to the play of QB Collin Guggenheim who accounted for two touchdown passes and the defense, which stopped the Blue Jay offense four times on fourth down. The Blue Jays did manage to score 14 unanswered points, but it still was not enough as the Patriots held on to sweep the Blue Jays in both games this season. Meanwhile, the Evangel Christian Academy Eagles had a battle with the C.E. Byrd Yellow Jackets. The Yellow Jackets hanged around for most of the game until the stingy Eagle defense turned an interception to pull away 37-17. The Eagles also swept their division rivals and now, it sets up a matchup between two of the biggest name football programs in the state of Louisiana for a chance to go to the Superdome. The Patriots will try and go to the Superdome for the second year in a row while the Eagles will search for their second trip to the Superdome in three years.

Lee’s Pick: “Everybody thinks that John Curtis is going to win this game. I have seen both teams play. John Curtis’ defense is the real deal and is up there with Jesuit and John Ehret as two of the best defensive units in the state. However, Evangel Christian Academy’s defense is up there with those units too on defense. Evangel also has the best offense that John Curtis has played against this year. They don’t see a lot of balanced teams that can run and pass and Evangel can do both. This is Evangel’s best offense in four years so I am going to go with Evangel Christian in this game.”

Cameron’s Game Preview: Catholic had no problem with St. Augustine in the second round winning the game 42-19. Rummel is coming off a close game against Brother Martin with a final score of 27-23. Both teams have a great defense and it will come down to which defense can make a stop late in the game.

Lee’s Pick: “Rummel has gotten a lot more out of the team than a lot of people have expected because of injuries and not as much depth. QB Chandler Fields, WR Koy Moore, and RB Jalen Sturgis make up a really good offensive trio and they have a really good defense. Catholic has reloaded and I think they have more talent than Rummel. I think it is going to be a great game, but I am going to go with Catholic. I think in the end, Catholic’s offensive line will probably win the battle and control the clock.”