Road To The Dome: LHSAA Class 5A State Championship Preview 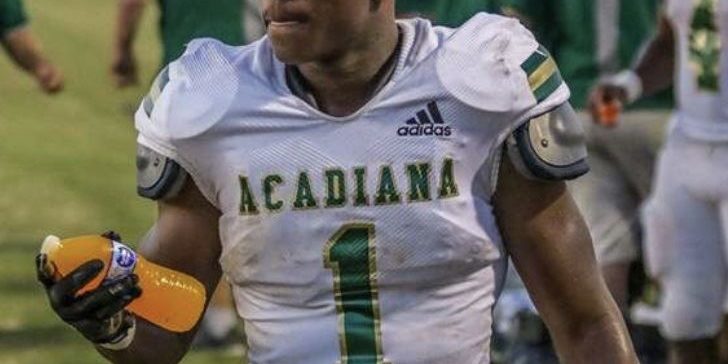 Road To The Dome: LHSAA Class 5A State Championship Preview

Well, here we are. We have reached the final destination for the public schools when it comes to the Road to the Dome. 32 teams had one goal in mind and that goal is to be one of nine teams in the end holding a state championship trophy. Now, 30 teams’ seasons are over and there are only now only two teams standing. Both teams had a long journey to get to this point, but now, only one team will get the taste of sweet victory while the other team will suffer the agony of defeat. The Louisiana high school football stage does not get any brighter than this. In this game, the Acadiana Wreckin’ Rams will face off against the Destrehan Wildcats for the Class 5A state championship crown. Both of these teams have shown that they have what it takes to win the state championship, but which of the two teams will be able to get the win in the end? Well, Louisiana Football Magazine’s recruiting guru Lee Brecheen and editor Jace LeJeune give their predictions on will claim the right as state champion.  Today, we will get you all covered in what you need to know for the Class 5A state championship game.

Acadiana’s Road To The Dome:  78-28 win over Benton in first round; 49-0 win over Walker in second round; 34-7 win over Airline in quarterfinals; 21-14 win over Zachary in semifinals

Destrehan’s Road To The Dome: 48-34 win over Ponchatoula in first round; 17-7 win over Covington in second round; 20-17 win over West Monroe in quarterfinals; 27-17 win over Haughton in semifinals

Game Preview: The Acadiana Rams and the Destrehan Wildcats face off in the grand finale of the Mercedes Benz Super Dome LHSAA Prep Classic for the Class 5A State Championship.

The Acadiana Rams, led by head coach Matt McCullough, have been one of the most dominant offenses in their vaunted veer attack. It all starts with the program’s leading rusher and Army commit Dillan Monnette, who has ran for  2,103 yards and 32 touchdowns on only 196 carries. Monnette is also joined in the backfield with fellow Army commit Lucky Brooks and running back Tyvin Zeno, who both also ran for 1,000 yards this season. Combine the fact that quarterback Deontae Williams has accounted for 15 touchdowns and you have yourselves an explosive offense. The offense has averaged 49 points per game including scoring over 80 points against Sam Houston earlier this season. While the offense has been scored at an explosive rate, the defense has showed to be just as strong only giving up 12 points a game.

The Destrehan Wildcats, under head coach Stephen Robicheaux, are looking to win its first state championship since 2008. The Wildcats have won seven straight games with the help of its dynamic running back Kyle Edwards, who is committed to Alabama with 1,736 yards and 27 touchdowns. When the Wildcats throw the football, they throw to one of the best wide receivers in the state in Quincy Brown, who is committed to LSU. Defensively, the unit is led by Noah Taliancich, who is committed to Tulane.

Win-Loss Records For Class 5A Picks: (At Conclusion of Semifinals):