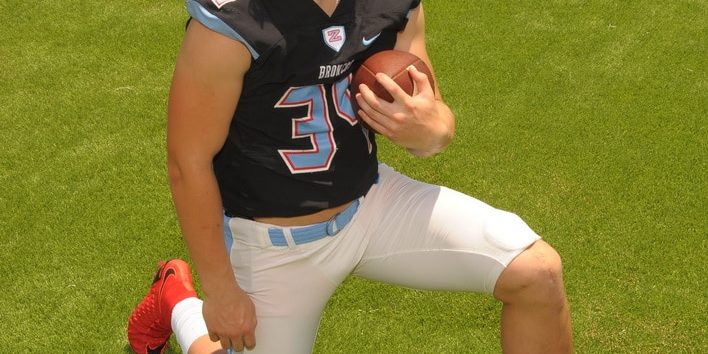 28 teams are down and there are only four more left to go. Four teams remain standing and all four of these teams have one goal in mind. That goal is to be one of nine teams in the end holding a state championship trophy in the Mercedes-Benz Superdome with the Queen smash hit “We Are the Champions” playing in the background. For Louisiana football fans, this is the most wonderful time of the year. It is our version of “March Madness”. This year, we got you covered as for the next couple of weeks, we will go through all of the matchups from 1A all the way to 5A each and every week leading up to the All-State Sugar Bowl/LHSAA Prep Classic from December 6th-8th. Louisiana Football Magazine’s expert Lee Brecheen has seen all of these teams play and gives his insight on which teams will survive and continue their march to the Superdome. Today, we preview the Class 5A public division semifinal playoff matchups. This week, we will find out which teams will be battling it out for the Class 5A state championship.

Jace’s Game Preview: The West Monroe Rebels, without their star running back Cameron Wright, still were able to take care of business in a rematch against Ruston in the quarterfinals. The Rebel offense scored 34 points while the unblockable defensive front led by ULL commit Dalvin Hutchinson shut down the Bearcats offense to advance to the semifinals. While the Rebels had no trouble in their quarterfinal victory, it was every thing, but that for the John Ehret Patriots, who played in one of the best playoff games last Friday against the East Ascension Spartans. It seemed that all hope was lost for the Patriots late in the game when the team was trying for a 33 yard field goal trailing 17-15. Not only was the Patriots’ kick blocked, but it landed in the hands of speedy East Ascension playmaker Jaqunn Mitchell, who returned the block field goal for a touchdown to extend the Spartans lead to 24-15 with five minutes left to go in the game. It seemed like a bone crushing play for the Patriots, but to their credit, they responded back with John Ehret senior QB Travis Mumphrey throwing a quick touchdown pass to senior WR Jordan Pickney to make it 24-21. After a stop by the Ehret defense, all hope seemed lost again when Mumphrey was injured after a sack. Stepping in at quarterback was do it all senior Jacoby Windmon, who also plays tight end and linebacker. It only took one play for Windmon to escape the pressure, throw deep, and complete the game winning touchdown pass to junior WR Ja’Ron Glenn for the game winning touchdown with 52 seconds left. Windmon also sealed the game on defense with a sack on East Ascension QB Jason Wakefield on the last play of the game. The Patriots scored 12 unanswered points to pull off an amazing comeback in the final minutes 24-21. Now, it is a matchup between two of the best defenses in Class 5A. The Patriots have played at West Monroe earlier this year, and this time, they will be more used to the atmosphere. The Rebels are motivated to get back to the Dome while the Patriots are looking for revenge after losing to the Rebels 44-20 earlier in the season.

Lee’s Pick: “John Ehret is a different team since that game. I think the team has grown up after the opening game loss and I think Coach Marcus Scott has done an excellent job with the team. This team was put in a weird position last year due to the coaching change. I saw John Ehret and West Monroe both play this year. The game is at West Monroe and it is very hard to win there, but West Monroe has lost a couple of playoff games over their the last two years. If John Ehret’s defense comes to play, West Monroe won’t get as many touchdowns as usual. I am going to take John Ehret in an upset. Travis Mumphrey has been playing good the last couple of weeks and the running game has been better. I also think West Monroe has trouble playing against speed and John Ehret has that. It should be a good game, but I am going to stick with picking John Ehret.”

Cameron’s Game Preview: Destrehan enters this matchup after a defeating Terrebonne 31-14 while Zachary is coming off a 26-14 win over Acadiana.  This has the potential to be one of the best games in the state this week. The matchup to watch will be Zachary’s defense against the Destrehan running game.

Lee’s Pick: “Nobody has won more big time road playoff games than Zachary. They have gone on the road pretty much three weeks in a row. They beat Hahnville and Acadiana on the road. They also won impressively in both games and they won those games with a lot of injuries. It looks like Wes Brady is healthy and Maverick McClure looks like he will play in this game too. The reason I am going to pick Zachary to beat Destrehan is because they have proven that they can take out a great player when they shut out Pooka Williams (Hahnville/Kansas) in last year’s state championship game. No disrespect to John Emery because he is a great player, but Zachary can shut down him if Destrehan is going to one guy. However, Destrehan has a spread offense and they have some good receivers. The player that needs to have a good game for Destrehan is their quarterback Harold Blood Jr. I think Zachary can at least slow Destrehan’s offense down a little bit. I don’t know if Destrehan can slow down Zachary’s offense, that’s why I am going to take Zachary in this game.”