Road To The Dome: LHSAA Class 5A Second Round Recap 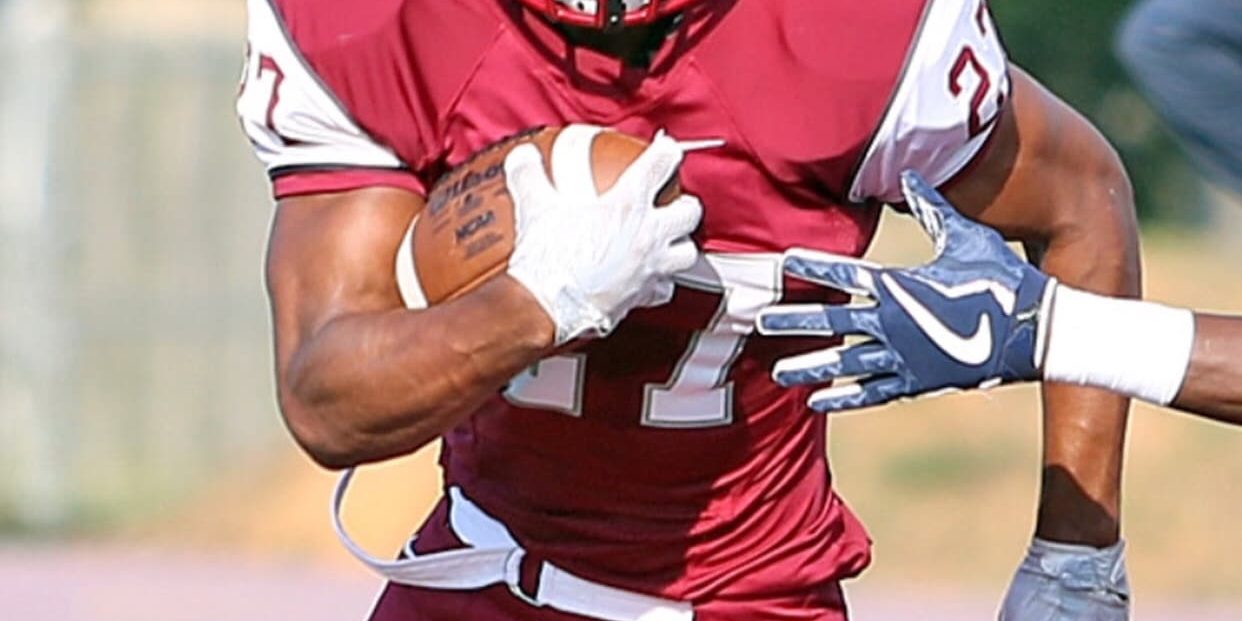 Road To The Dome: LHSAA Class 5A Second Round Recap

16 teams played in the second round of the Class 5A playoffs and only eight of those teams will advance to the next round. For the eight teams that lost this week, their season is over, but for the eight teams that move on to the next round, those particular teams have one goal. That is to be one of nine teams in the end holding a state championship trophy. For Louisiana football fans, this is the most wonderful time of the year. It is our version of “March Madness”. This year, we got you covered as for the next couple of weeks. We will go through all of the matchups from 1A all the way to 5A each and every week leading up to the All-State Sugar Bowl/LHSAA Prep Classic from December 13th-14th. We weren’t able to get in our 5A playoff preview before the games started, but we will give you a quick recap of the games and what our actual picks before we give out our quarterfinal and semifinal previews at the start of this week.

Game Recap: In the most eye opening score of the Class 5A bracket, the Acadiana Wreckin’ Rams dominate the Walker Wildcats by a final score of 49-0. While the Wreckin’ Rams defense shut down an explosive Wildcats offense, it was the Wreckin’ Rams’ biggest offensive star Dillan Monette that had the brightest night as he surpassed Acadiana great and former LSU running back Alley Broussard as the program’s all time leading rusher with a 254 yard and two touchdown performance.

Game Recap: The East St. John Wildcats beat themselves with a lot of mistakes in their 45-29 loss against the Airline Vikings. At one point in the game, the Vikings only held a 24-21 lead, but three Wildcats fumbles allowed the Vikings to run away with a couple of touchdowns. Even with the mistakes, both East St. John quarterback Sean Shelby and Airline quarterback Alex Garcia played good enough to win. Shelby threw for 314 yards and four touchdowns while Garcia threw for over 200 yards and a touchdown. However, the biggest difference proved to be in the turnover margin and also in the running game as the Vikings were able to run for 154 yards and five touchdowns with Rovelle Young running for four of the five touchdowns on the ground.

Game Recap: In what has been one of the craziest endings in the playoffs so far this season, the Zachary Broncos survived a huge scare against the Hahnville Tigers in order to continue their pursuit of a third straight state championship. Trailing 21-19 with three seconds left to play, the Tigers had a chance to pull off the upset. It looked as if it was going to be the case as Hahnville kicker Tate White made the field goal, but in the midst of all the celebration from the Tigers sideline, there was a yellow flag on the field that ended the celebration as a holding penalty brought the field goal back. In White’s second attempt at a game winning field goal, the second time around was not as successful as the first with the kick coming up short. Because of that, the Broncos were able to hold onto the victory in thrilling fashion.

Game Recap: The Ruston Bearcats took advantage of its daunting regular season schedule in its second round matchup against the East Ascension Spartans. Both teams started out with explosive plays as the Bearcats scored first with a 65 yard touchdown screen pass from quarterback Jaden Procell to running back Ketravion Hargrove, and the Spartans responded with a 62 yard touchdown run from running back Ethan Bagwell to tie the game at seven a piece. Hargrove responded right back with a 51 yard run followed by an one yard touchdown plunge to give the Bearcats a 14-7 lead. The Spartans would score again right before the half with a 15 yard touchdown pass from Cameron Jones to wide receiver Jyrin Johnson. The ensuing extra point was no good, and the Bearcats held a narrow 14-13 lead at halftime. When Hargrove had to miss the rest of the game because of an injury, it was the next man up approach for the Bearcats as the offense relied on backup running back Deontre Griffin for the entire fourth quarter. With the score still being 14-13, Griffin ran for 37 yards to pick up a third and 22 as well as pick up a face mask penalty along the way in order to set the touchdown up for fullback Devian Wilson to run through to make it 21-13. The Bearcats would hold the Spartans the rest of the way winning by a final score of 21-13.

Game Recap: The Mandeville Skippers are finding ways to win football games against great teams. After scoring 38 points in its first round game against the Barbe Buccaneers, the Skippers had to rely on its defense against the Alexandria Trojans. Things were looking bleak for the Skippers as the home team trailed 12-0 due to a safety, a field goal, and a touchdown, but a long 10 play 76 yard drive helped to finally put the Skippers on the scoreboard in the second half at 12-6. Mandeville’s Jack Henderson had to adjust becoming the quarterback as Devon Tott was injured and had to sit out the second half. Even without the team’s starting quarterback, Henderson moved the offense down the field in crucial moments. Henderson scored his second touchdown of the game with four minutes and thirty two seconds left to give the Skippers its first lead of the game at 13-12 thanks to a converted extra point. The Trojans had a chance to win the game late on a 24 yard field goal attempt by Abel Peterman with one second remaining, but the kick was wide left giving the Skippers the 13-12 upset victory.

Game Recap: Both the Haughton Buccaneers and the Comeaux Spartans fought in a tough playoff battle. In fact, the score was tied at 21 between both teams late in the game. That is when the Buccaneers made the biggest play of the game sacking the Spartans’ star quarterback Tre’ Harris for a safety. The Spartans tried to kick an onside kick in order to try and retain the football, but the Buccaneers jumped on top of it to preserve the tough 23-21 victory on the road.

Game Recap: In a matchup featuring Destrehan’s Alabama running back commit Kyle Edwards and Covington’s Oklahoma linebacker commit Edgerrin Cooper, both star players came to play for their teams. On defense, Cooper had 15 tackles and also an interception returned for a touchdown for the Lions’ only points of the game. On the other hand, Edwards accounted almost 60 percent of the team’s total yards with 150 yards and two touchdowns. The two touchdowns by Edwards and an extra field goal to measure would be enough to pull out the victory as the Lions turned the ball over on back to back possessions to help the Wildcats run the rest of the clock and preserve the 17-7 victory.

Game Recap: The West Monroe Rebels defeated the Captain Shreve Gators by playing their own game, which is dominating at the line of scrimmage. On the offensive side, the big guys up front opened holes for a running game that accounted for 421 rushing yards including 241 from running back Derome Williams and 127 yards from fullback Cayden Pierce. While on the defensive side of the football, the front four, led by Louisiana Tech defensive end commit Dontrell Cobbs, only held Captain Shreve star running back DJ Fleming to only 53 yards rushing and the entire offense in general to only 223 total yards in the Rebels’ 38-21 win over the Gators.

Win-Loss Records For Class 5A Picks (At Conclusion of Second Round):