Road to the Dome: LHSAA Class 5A Second Round Preview 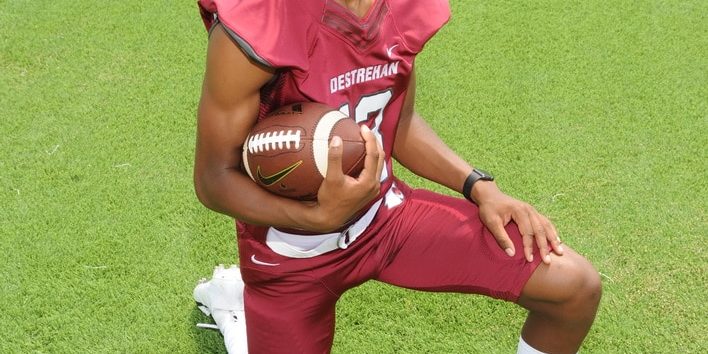 Road to the Dome: LHSAA Class 5A Second Round Preview

16 teams are down and there are 16 more teams left to go. All 16 teams have their own strengths and weaknesses, but they all have one goal in mind. That is to be one of nine teams in the end holding a state championship trophy in the Mercedes-Benz Superdome with the Queen smash hit “We Are the Champions” playing in the background. For Louisiana football fans, this is the most wonderful time of the year. It is our version of “March Madness”. This year, we got you covered as for the next couple of weeks, we will go through all of the matchups from 1A all the way to 5A public and private each and every week leading up to the All-State Sugar Bowl/LHSAA Prep Classic from December 6th-8th. Louisiana Football Magazine’s expert Lee Brecheen has seen all of these teams play and gives his insight on which teams will survive and continue their march to the Superdome. Today, we preview the Class 5A public division second round playoff matchups.

Jace’s Game Preview: The West Monroe Rebels kicked off their playoff campaign with a dominant performance against the Pineville Rebels pitching a 53-0 shutout. In the next round, the Rebels will face a Captain Shreve team that is coming off a close win against the St. Amant Gators. It was a great win for the Gators, but now, the challenge gets even bigger playing one of the best teams in Class 5A in one of the toughest venues to play in the state.

Lee’s Pick: “West Monroe is the number one team for a reason. They are not the most talented team, but the program is phenomenal and they have a heck of a defense. Captain Shreve has had a great year. They have done some really good things this year and this is a senior group that will be known for getting Captain Shreve back on the map, but West Monroe is going to be too much for them to handle. I think they are on a mission having not made the Dome last year and losing in the state championship game the year before.”

Jace’s Game Preview: This is a matchup between two of North Louisiana’s premier teams. The Ruston Bearcats had some trouble with the Comeaux Spartans, who put up a good fight, but in the end, the Bearcats were too much and won with a final score of 28-18. The Alexandria Trojans avoided the upset against the dangerous Central (B.R.) Wildcats 45-24. For the Trojans, it was the first playoff win in seven years. Offensively, seniors RB Richard Clark and WR Juan Stafford are the main catalysts. Clark ran for 222 yards and four touchdowns while Stafford only had two catches, but for over 107 yards. Now, the Trojans will try to keep the momentum going in a postseason rematch against a very talented Ruston squad on the road. In the first game, it was the Bearcats that prevailed over the Trojans 40-28.  It should be a very good game featuring some big time talent on the field.

Jace’s Game Preview: The East Ascension Spartans overcame three turnovers including two resulting in touchdowns to avoid the upset against the East St. John Wildcats in a 17-13 win. A big contributor to the Spartans’ win was the play of the Spartans’ defensive front, which included Louisiana Tech commit Deshon Hall. The defense actually scored the game winning touchdown in the fourth quarter when they forced a turnover and recovered the ball in the endzone. Their size and athleticism on both lines is pretty tough to match up with anybody. Meanwhile, the Slidell Tigers ended a 15 year playoff victory drought streak with a 35-21 victory over Central Lafourche. It has been a long time coming for the Tiger fans. The Tigers have a lot of skill position players that can match up with the Spartans including QB Jacob Guidry, RB Tito Simmons, RB Harlan Dixon, and Missouri commit safety Ishmael Burdine. The biggest key will be how Slidell can match up front with the huge offensive and defensive fronts for the Spartans.

Lee’s Pick: “This game features two good programs that have not made this far in the playoffs in a long time. I saw Lutcher play East Ascension and I saw Slidell play. I think it is going to be a high scoring game. Unfortunately, somebody is going to have to lose. I am going to go with East Ascension only because they have more size and I think that will give Slidell some trouble. I also think that East Ascension will be one of the best teams that Slidell has faced all year. The Tigers will get their points offensively, but this game will be won by East Ascension in the trenches.”

Jace’s Game Preview: The John Ehret Patriots backed up their reputation as one of the best defenses in the state by shutting down Dutchtown 43-0. The defense gave up only 20 total yards of offense in the game. While the defense was dominant, the offense was efficient with senior QB Travis Mumphrey throwing for three touchdowns and RB Damond Leonard rushing for over 100 yards. With a dominant defense and a really good quarterback in Mumphrey, if the Patriots can get the running game going, then they will be tough to beat. A player to keep an eye on is LSU commit LB Donte Starks, who is coming off an ankle injury and will be playing in tonight’s game. While it was the John Ehret defense that dominated the headlines in their win, for the Haughton Buccaneers, it was their offense after they scored over 50 points in their 57-36 victory over Fontainebleau. Their offense will definitely be put to the task in their second round matchup against a very athletic Ehret defense.

Lee’s Pick: “Haughton put up 57 points last week, which blew me away. However, John Ehret will not give up more than 21 in this game. Haughton has done a great job with a young team, but I think John Ehret is going to be way too much for them to handle.”

Cameron’s Game Preview: Acadiana heads to Denham Springs after a 22-7 win over Live Oak in the first round. Denham Springs edged Sam Houston by a score of 17-14. This will be a great game. The key for Denham Springs is to stop the rushing attack of Acadiana in order to win.

Lee’s Pick: “Denham Springs has done a great job as well as their quarterback Luke Lunsford. I just think it will be too much for them to ask to win this game. I think that they are capable of pulling the upset, but I believe Denham Springs can have a special team next season.”

Cameron’s Game Preview: Zachary enters this second round matchup after a 42-17 win over Sulphur. Hahnville upset Walker by a score of 35-9. It will be tough to stop Zachary’s offense and the key for Hahnville is for their offense to keep up with Zachary’s offense.

Lee’s Pick: “This is going to be a tough game to call. The momentum goes to Hahnville in this game because they will be motivated after losing last year to Zachary in the state championship game and Andrew Robison is a phenomenal quarterback. Robison is a big difference for them. If he plays the whole year, there is a good chance that Hahnville could be undefeated. Zachary is still Zachary meaning they are well coached and have an athletic quarterback in Keilon Brown. I am going with Zachary in this game only because this is the year they were supposed to win the state championship and they won last year. Winning it last year was just an extra lagniappe year for them. This could be a game that comes down to a touchdown or less.”

Cameron’s Game Preview: Both of these teams are coming off close wins in the first round.  Terrebonne beat Chalmette 24-22 and Ouachita Parish beat Parkway 37-35.  This should be an interesting game to watch and Ouachita Parish could pull the upset. Home field advantage may be the decoding factor in this game.

Lee’s Pick: “Terrebonne will get a bunch of yards with Chaz Ward, Keshawn James, and Ja’Khi Douglas, but I think Ouachita Parish is a better team. They have bigger linemen and very underrated skill position players. I think this is one of the toughest teams Terrebonne has played all year. I have bragged on Ouachita Parish the entire year. They can win the state title this year.”

Cameron’s Game Preview: Destrehan enters this game after beating Hammond by a score of 22-0. Landry-Walker went on the road and beat Barbe 30-12. This is another game where there could be an upset.  The key will be for Landry-Walker’s defense have a big day and slow down Destrehan’s offense.

Lee’s Pick: “What a great win for Landry Walker to go on the road and beat a good team like Barbe and they are a young team too, but at the end of the day, it is going to be tough for this young team to beat Destrehan. I don’t seeing them winning this week.”