Road To The Dome: LHSAA Class 4A Semifinals Preview 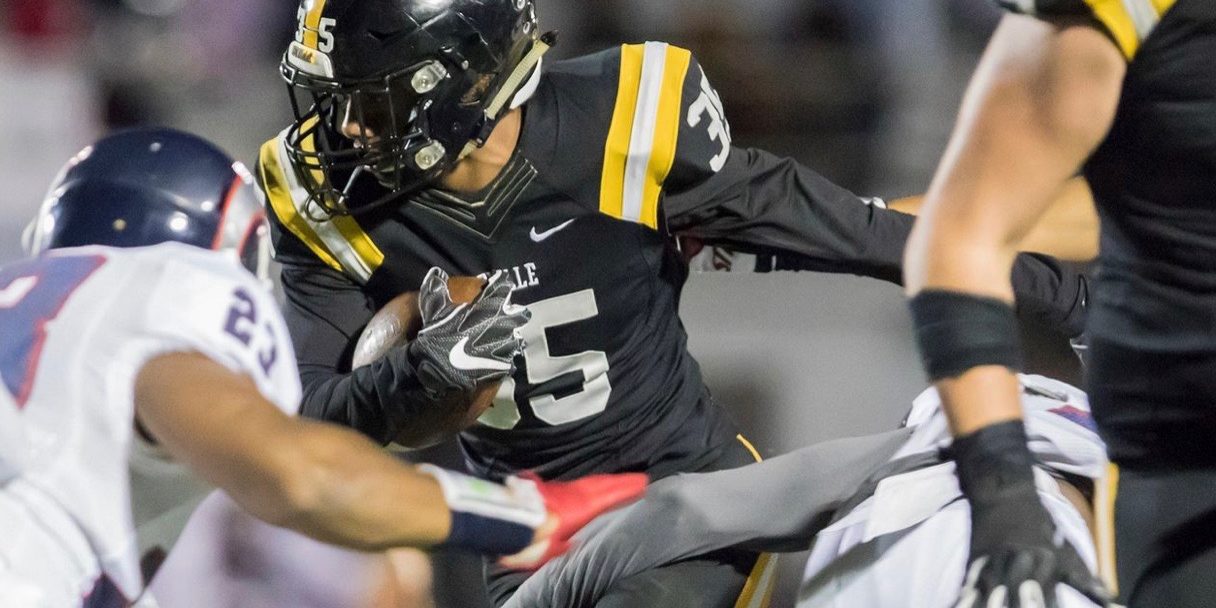 Road To The Dome: LHSAA Class 4A Semifinals Preview

28 teams are down and there are only four more left to go. Four teams remain standing and all four of these teams have one goal in mind. That goal is to be one of nine teams in the end holding a state championship trophy. For Louisiana football fans, this is the most wonderful time of the year. It is our version of “March Madness”. This year, we got you covered as for the next couple of weeks, we will go through all of the matchups from 1A all the way to 5A private and public each and every week leading up to the All-State Sugar Bowl/LHSAA Prep Classic from December 13th-14th. Louisiana Football Magazine’s recruiting expert Lee Brecheen and editor Jace LeJeune give their insight on which teams will survive and continue their march to the State Championship.  Today, we preview the Class 4A public division semifinal playoff matchups. This week, we will find out which teams will be battling it out for the Class 4A state championship.

Game Preview: The last two Class 4A state championship runner-ups in the Lakeshore Titans and the Warren Easton Fighting Eagles face off for a chance to play in the Super Dome. The Titans are playing at an all-time high defeating an opponent by three touchdowns or more for the 12th straight week after a dominant 57-0 win over the Bastrop Rams in the quarterfinals. The Titans have also won an incredible 39 of its last 41 games under head coach Craig Jones, including three straight undefeated regular season finishes. Offensively, quarterback Christian Westcott is a touchdown machine accounting for an incredible 65 total touchdowns (35 rushing, 30 passing). Westcott also can hand the ball off to Max Lowery, who has over 1,000 yards and 15 touchdowns on the ground. When Westcott needs to throw the football, he look to Spencer Jordan, who poses a big matchup problem with his 6-4, 200 pound frame. Defensively, the Titans may not have a lot of star power, but the unit is strong together giving up a total of 55 points in its last nine games. The Fighting Eagles, under head coach Jerry Phillips, are looking to get back to the Super Dome for the second straight season. The Eagles have been consistent as this will be the sixth straight semifinal appearance for the program. After starting the season at 1-4, the team has been on a roll winning seven straight games. The Eagles will rely on a big offensive line led by Georgia center commit Sedrick Van Pran as well as its star running back Ashaad Clayton, who is committed to play football at Colorado. Clayton has been a key player on the Eagles’ playoff run as he has ran for 670 yards and 12 touchdowns during the playoffs.

Game Preview: On the other side of the Class 4A bracket features a matchup between the classification’s two most dominant programs over the last decade in the Neville Tigers and the Edna Karr Cougars. Over the last ten seasons, the Tigers and the Cougars have combined for eight state championships during that period. With the all-time series being tied at 3-3, including four of those games being played in the Super Dome, this game is always a state title fight. The Cougars, under head coach Brice Brown, are looking for the program’s fourth straight state championship while the Tigers, under head coach Mickey McCarty, are looking for the program’s 13th state championship. Offensively, the Tigers have a well balanced attack led by quarterback Andrew Brister, who has thrown for over 1,500 yards and 24 touchdowns, and running back Max Hunter, who has ran for over 1,000 yards and nine touchdowns this season. Defensively, the Tigers have been stingy led by defensive tackle Tikey Reese, defensive back Charles Straughter, and others. This is always a program that has talent and is well coached. The Cougars have one of the hottest quarterbacks in the state right now in Leonard Kelly, who has thrown for 714 yards and 14 touchdowns during the team’s playoff run. Kelly will have talented wide receivers to throw the football in Destyn Pazon, Aaron Anderson, and Danye Brooks. When the Cougars need to run the football, Leonte Richardson has been a reliable option. Defensively, the Cougars still have a lot of speed led by defensive backs Jamie Vance and Rodney Johnson. Something has to give in the battle between the two giants of Class 4A as the Cougars are looking for a historic four peat, but the team will have to do so in one of the best home field advantages on their side in Bill Ruple Stadium, which is a place where Neville has not lost a playoff game in over 11 years.

Win-Loss Picks For Class 4A Picks: (At Conclusion of Quarterfinals):