Road to the Dome: LHSAA Class 4A Semifinals Preview 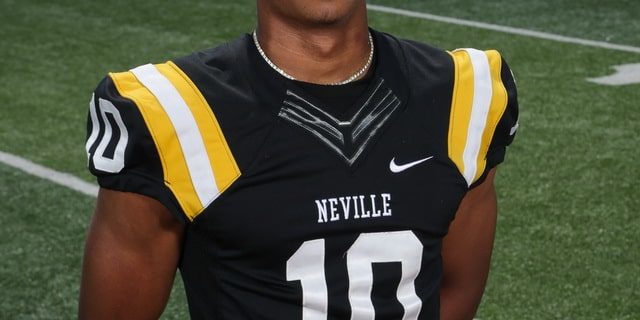 Road to the Dome: LHSAA Class 4A Semifinals Preview

28 teams are down and there are only four more left to go. Four teams remain standing and all four of these teams have one goal in mind. That goal is to be one of nine teams in the end holding a state championship trophy in the Mercedes-Benz Superdome with the Queen smash hit “We Are the Champions” playing in the background. For Louisiana football fans, this is the most wonderful time of the year. It is our version of “March Madness”. This year, we got you covered as for the next couple of weeks, we will go through all of the matchups from 1A all the way to 5A public and private each and every week leading up to the All-State Sugar Bowl/LHSAA Prep Classic from December 6th-8th. Louisiana Football Magazine’s expert Lee Brecheen has seen all of these teams play and gives his insight on which teams will survive and continue their march to the Superdome. Today, we preview the Class 4A public division semifinal playoff matchups. This week, we will find out which teams will be battling it out for the Class 4A state championship.

Jace’s Game Preview: Early on, the Edna Karr Cougars were in a battle with the Bastrop Rams in the quarterfinals, but thanks to an impressive performance by freshman speedster Aaron Anderson, who scored three touchdowns (two receiving and one on a punt return), the Cougars ran away in a 48-19 victory. Also, offensively, the Cougars showed balance with QB Leonard Kelly throwing four touchdowns and the running back duo of Ronnie Jackson and Lonte Nettles combining for 180 yards and two touchdowns. The Neville Tigers were plenty motivated for their matchup against the Lakeshore Titans in the quarterfinal round especially since they lost to the Titans in the same game a season before. The Tigers had a great performance from their senior dual threat quarterback Jordan Thomas, who used his legs as a weapon with 241 rushing yards and accounted for all three Neville touchdowns. While Thomas made big plays on the ground, the Neville defense shut down an explosive Titan offensive attack while sacking senior QB Parker Orvin eight times. The revenge was sweet for the Tigers as they roll on to the semifinals with a 21-0 victory. This sets up the always big Edna Karr-Neville matchup. Usually, this big time game between two of the giants of Class 4A is usually played in the Super Dome, but this year, it will be played a game earlier in the semis. So far in this rivalry, Neville has held the series lead at 3-2, but the Cougars had the last win in the series against the Tigers in the 2016 Class 4A state championship game. The Cougars are looking to get to the Dome for the fourth straight season while the Tigers will try to go back to the Dome since their state championship loss to the Cougars.

Lee’s Pick: “I saw Neville play Ruston and the only way I see Edna Karr losing this game is if they are playing flat. However, Edna Karr always plays hard. This is not the old Neville team that was loaded with size and skill talent. Neville is still a good team and they have a good offensive line. Neville quarterbacks Andrew Brister and Jordan Thomas have to have good games. I just don’t think that Neville can stop this Edna Karr offense. There are just too many skill players on Edna Karr’s team. I count there are 13 skill players in this class that can sign scholarships. It would be an upset if Neville won so I am going to have to go with Edna Karr.”

Cameron’s Game Preview: Both of these teams had road games in the quarterfinals. Warren Easton came away with a 34-6 win over Northwood and Leesville came away with a close 53-49 win over St. Martinville.  It is tough to go on the road for multiple weeks in the playoffs, but if Leesville can overcome that, they will give Warren Easton a great game.

Lee’s Pick: “Leesville has been my favorite sleeper team in these whole playoffs. If there was one thing that Warren Easton did not want to face would be the running attack of Leesville because they can control the clock and limit the offense of Warren Easton, which Leesville will not be able to stop. This will probably be the weirdest game of all the Friday nights because it could be like 24-21, 13-10, etc. Leesville will try and limit the number of opportunities Warren Easton QB Lance Legendre and the high explosive offense touches the football. With all that being said though, I am actually going to pick Warren Easton to win this game even though Leesville is capable of pulling the upset.”