Road To The Dome: LHSAA Class 4A Second Round Recap 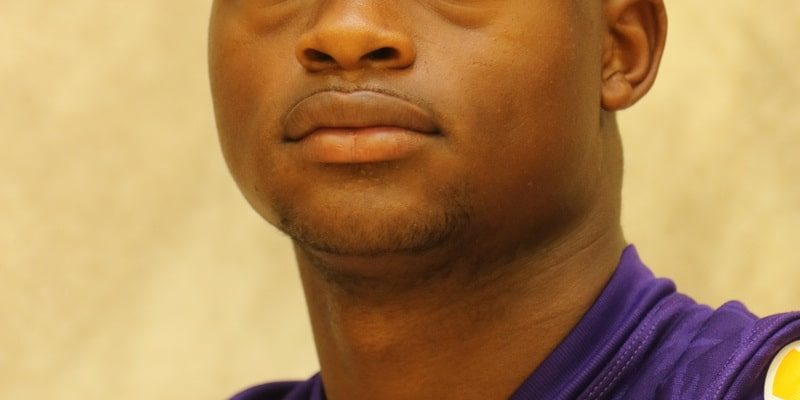 Road To The Dome: LHSAA Class 4A Second Round Recap

16 teams played in the second round of the Class 4A playoffs and only eight of those teams will advance to the next round. For the eight teams that lost this week, their season is over, but for the eight teams that move on to the next round, those particular teams have one goal. That is to be one of nine teams in the end holding a state championship trophy. For Louisiana football fans, this is the most wonderful time of the year. It is our version of “March Madness”. This year, we got you covered as for the next couple of weeks. We will go through all of the matchups from 1A all the way to 5A each and every week leading up to the All-State Sugar Bowl/LHSAA Prep Classic from December 13th-14th. We weren’t able to get in our 4A playoff preview before the games started, but we will give you a quick recap of the games and what our actual picks before we give out our quarterfinal and semifinal previews at the start of this week.

Game Recap: The Lakeshore Titans took a 28-0 lead and ran with it against the Leesville Wampus Cats in order to pull away with a 41-14 victory. The Titans took advantage of six turnovers along with a couple of touchdowns from quarterback Christian Westcott to pull away so early in the football game. Even though the Wampus Cats tried to get back in the game with their dynamic running back trio, it was too little too late.

Game Recap: In a cold, wet, muddy, old fashioned football game, the Bastrop Rams defeated the defending Class 3A state champion Eunice Bobcats 8-7. First, it was the Bobcats that marched down the football field in their Wing-T offense when running back Deion Ardoin ran for their first and only touchdown of the game to take the early 7-0 lead. The Bobcats would lead by that score almost the entire game, and as it seemed that no offense would score anymore, the Rams finally took advantage of good field position handed to them off a bad punt, and punched in a 15 yard touchdown run from running back Rashard Lynch to make it 7-6. Instead of tying the game with an extra point, Bastrop head coach Cedric Sherrod decided to go for the two point conversion. It turned out to be the right call as other running back Robeyon Williams recovered a fumble in the end zone to give Bastrop the advantage at 8-7. The Bobcats had one more chance to win the game, but quarterback Simeon Ardoin’s pass was intercepted by Bastrop’s J’evon Moore to preserve the narrow 8-7 win for the Rams.

Game Recap: The Carencro Bears dominated the Northwood Shreveport Falcons by controlling the ball for 36 of the game’s 48 minutes, and keeping the ball away from Northwood’s star quarterback Luke Bogan in the team’s 35-7 victory. The Falcons could not stop the Bears’ rushing attack as the backfield duo of Kentrell Williams and Tavion Faulk combined for 250 rushing yards and all five touchdowns.

Game Recap: It was an offensive showdown between Warren Easton and Colorado running back commit Ashaad Clayton and Tioga quarterback and Ole Miss baseball commit Blake McGehee. Both players did not disappoint as Clayton ran for 246 yards and four touchdowns while McGehee threw for 417 yards and three touchdowns. Both teams left points on the table as the Eagles missed every extra point attempted while the Indians had two empty drives inside the ten yard line. In the end, the Warren Easton Fighting Eagles prevailed over the Tioga Indians by a final score of 35-26.

Game Recap: The matchup between the Edna Karr Cougars and the George Washington Carver Rams was closer than what the score indicated at the end as the Cougars only held a slim 20-13 advantage entering second half of play, but then, the Cougars stretched its muscles by scoring 28 unanswered points on its way to a convincing 48-13 victory. Edna Karr senior quarterback Leonard Kelly showed why he is one of the best quarterbacks in the state by completing 14 of 21 passes for 224 yards and four touchdowns while the running tandem of Kevin Marigny and Leonte Richardson accounted for 227 yards and two touchdowns on the ground. Even though the Rams lost, it would be remiss to count out Rams’ senior quarterback Quincy Curry, who had a great performance in his last game by completing 14 of 23 passes for 223 yards a touchdown and also running for 41 more yards.

Game Recap: Despite is top wide receiver Dartravien Girod playing in a limited role because of injury, the Breaux Bridge Tigers were able to find success in the ground game with over 267 rushing yard mostly coming from Jacob Landry and Kavion Martin. The Tigers were good enough on offense and dominant on defense shutting out the Belle Chasse Cardinals and only giving up 83 total yards of offense while forcing two turnovers and a safety in the Tigers’ 15-0 win.

Game Recap: It was the Kayshon Boutte show in the matchup featuring the Westgate Tigers and the Assumption Mustangs. The Westgate senior wide receiver and LSU commit dominated the Mustangs secondary with seven catches for 224 yards and two touchdowns. Even though the Mustangs did move the ball with over 300 yards of offense, the offense would either stall in scoring situations or turn the ball over. It was a great performance by the Tigers as the team advances to the next round with a 27-6 victory over the Mustangs.

Game Recap: The DeRidder Dragons were looking to pull off another upset against the Neville Tigers, and things were looking good for about a half of play as the score was tied up at 14. However, in the second half, the Tigers pulled away on the road scoring 19 unanswered points to preserve the 33-14 victory. After being dominated in time of possession in the first half, it was the Tigers that controlled the tempo of the game in the second half and as a result, the offense was highly efficient with quarterback Andrew Brister throwing for two touchdowns and running back Max Hunter running for over 120 yards. The Tigers defense also did a better job of slowing down the Dragons’ rushing attack in the second half, which was giving the unit problems in the first half.

Win-Loss Records For Class 4A Picks (At Conclusion of Second Round):