Road to the Dome: LHSAA Class 4A Second Round Preview 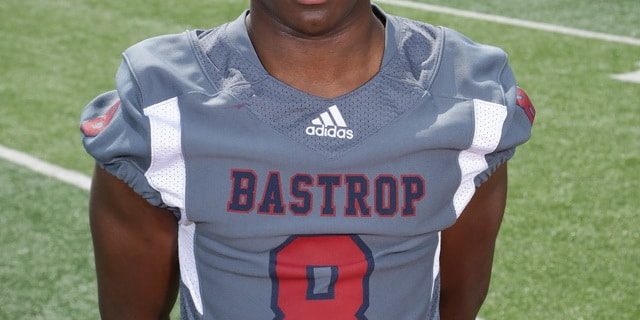 Road to the Dome: LHSAA Class 4A Second Round Preview

16 teams are down and there are 16 more teams left to go. All 16 teams have their own strengths and weaknesses, but they all have one goal in mind. That is to be one of nine teams in the end holding a state championship trophy in the Mercedes-Benz Superdome with the Queen smash hit “We Are the Champions” playing in the background. For Louisiana football fans, this is the most wonderful time of the year. It is our version of “March Madness”. This year, we got you covered as for the next couple of weeks, we will go through all of the matchups from 1A all the way to 5A public and private each and every week  leading up to the All-State Sugar Bowl/LHSAA Prep Classic from December 6th-8th. Louisiana Football Magazine’s expert Lee Brecheen has seen all of these teams play and gives his insight on which teams will survive and continue their march to the Superdome. Today, we preview the Class 4A public division second round playoff matchups.

Jace’s Game Preview: After losing 27-17 to Benton earlier in the year, it was the Tioga Indians that were able to get the last laugh overcoming their earlier regular season loss to defeat the Tigers 42-21. The Indians are riding high and will be fired up hosting a playoff game against arguably the most dominant 4A program of the last decade in Edna Karr. The Cougars rolled against the Crimson Tide in their first round playoff game 34-10. The brightest spot of the game was certainly the passing game. QB Leonard Kelly completed 17 of 22 passes for 228 yards and five touchdowns. The team also showed its depth at the skill positions with nine different players having a reception in the game. Also, the Cougars defensive front, which has always been dominant, made life miserable for the Crimson Tide in the second half. The Indians have some talent, but the Cougars are on another level and also on a mission to win their third consecutive Class 4A state championship.

Lee’s Pick: “Tioga has one of the best safeties in the state in Ty’Darian Quinney, but Edna Karr is just too good so I have the Cougars winning this game.”

Jace’s Game Preview: There will be a lot of great athletes all over the field in this game. Both teams are playing their best football right now and could be dark horses to win it all in this bracket. The Bastrop Rams are led by one of the most talented dual threat quarterbacks in the state in Quaterius Hawkins. Hawkins and the explosive Rams offense were too much for McDonogh 35 to handle with a 44-16 final score. In speaking of explosive, how about the Westgate Tigers going on the road against Plaquemine High School and putting up 56 points on the scoreboard in a 56-35 win over the Green Devils. The Tigers match up well with the Rams as they too have great skill position players and speed especially LSU commit Kayshon Boutte, who put up a show in front of the fans with 11 catches for 169 yards and two touchdowns while also returning another kickoff return for the touchdown. It will be a long five hour drive for Bastrop, but this is a veteran team that is playing too good right now. However, the Tigers already proved they are more than capable of pulling the upset.

Lee’s Pick: “Westgate is loaded with talent and Bastrop may be the best team that nobody talks about in North Louisiana. Quaterius Hawkins and that Bastrop offense is very underrated. I watched both teams play and I give the Bastrop the edge in this ball game because I believe Hawkins is unstoppable and not appreciated statewide or in recruiting. I think he is a national recruit and I am hoping that Bastrop is a team that makes it to the Dome just so other people can get to see him. I think he is this year’s version of Ricky Travis (St. Helena/Grambling), but maybe a little better. When he throws the ball, it looks like a SEC/NFL throw and he is very athletic. They have plenty of weapons on offense and they have a good defense. Westgate’s offense would need to function properly and if not, Bastrop will be hard to stop offensively. I am going to go with the Rams in this game.”

Jace’s Game Preview: Despite a late run from DeRidder, Lakeshore had dominated their first round game with a 45-21 victory. The Titans were ready from the start jumping to an early 38-7 lead with their quarterback Parker Orvin, who completed 11 of 17 passes for 195 yards and four touchdowns. After making the Class 4A state championship game last year, the Titans are hungry to get there once again, but standing in their way, is the Livonia Wildcats. Like a lot of teams in the playoffs, the Wildcats had to play a familiar district opponent. Livonia had to play Cecilia in the first round and in the first matchup, it went the Wildcats way 18-7. The postseason rematch showed similar results with the Wildcats prevailing over the Bulldogs 28-6. In order for the Wildcats to pull the upset against one of Class 4A’s elite, QB Kerri Wells must perform at a high level.

Lee’s Pick: “I was really surprised Livonia won last week against one of the top programs in Cecilia, but Coach Marc Brown has done a really good job this year. Lakeshore does a great job of playing together as a team and is trying to get back to the Superdome. Livonia has done a great job, but I think Lakeshore is going to win.”

Jace’s Game Preview: The biggest challenge for the Neville Tigers is to avoid looking ahead at a potential playoff rematch against Lakeshore in the next round and to get ready for a very good Pearl River team. The Tigers had no problem in their first playoff game against Opelousas scoring 55 points. The Rebels won their first playoff game in program history against Franklin Parish with a narrow 21-20 victory. The biggest difference in the game was running back Corey Warren, who ran for 75 yards and two touchdowns. This is an intriguing matchup between one program that is used to winning state championships in Neville against a team that is coming off its first playoff victory ever.

Lee’s Pick: “I am very shocked that Pearl River won last week against a really good Franklin Parish team. It is actually their first playoff win in history, but I don’t think Pearl River will pull this one out. Still, I think what Pearl River has done this year has really improved the program and I think Coach Joe Harris has done some pretty good stuff. Neville is just going to be too much for them to handle.”

Cameron’s Game Preview: Leesville heads into this second round matchup after a 49-28 win against Woodlawn-Shreveport in the first round. Assumption is coming off a hard fought win against Carencro. The final score of that game was 8-6. Assumption has a tough task having to play on the road.

Lee’s Pick: “Coach Anthony Paine has done an incredible job at Assumption, but this is probably the best Leesville team that I have seen play in 15 years. Their offense has three college running backs when it is all said and done. Their quarterback is young and talented. Their offensive line is huge. This is a game of ground and pound. Leesville is going to control the clock and it is just one of those things in which the other team is not going to get the ball a lot. I am going with Leesville and their offense, which is like a machine.”

Lee’s Pick: “I thought Helen Cox did a great job of going on the road and beating a good North DeSoto team. I think Northwood is a Cinderella team. They can be one of those teams that get in for the first time in the Superdome. Their quarterback Luke Bogan is phenomenal. I think he is LSU good and I think Northwood is going to be tough to beat. They have a good chance of getting to the Dome.”

Cameron’s Game Preview: Warren Easton enters the second round of the playoffs after a big 44-0 win over Rayne while Breaux Bridge had a narrow victory against Lutcher.  The score of the Breaux Bridge and Lutcher game was 29-28. This should be a great game and either team could come out with a victory.