Road to the Dome: LHSAA Class 3A State Championship Preview 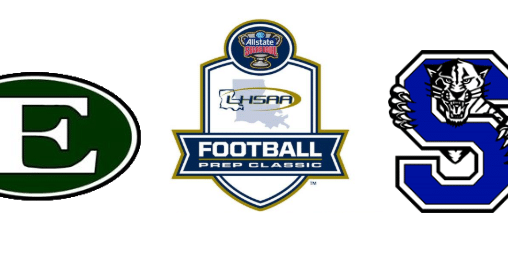 Road to the Dome: LHSAA Class 3A State Championship Preview

Well, here we are. We have reached the final destination when it comes to the Road to the Dome. 32 teams had one goal in mind and that goal is to be one of nine teams in the end holding a state championship trophy in the Mercedes-Benz Superdome with the Queen smash hit “We Are the Champions” playing in the background. Now, 30 teams’ seasons are over and there are only now only two teams standing. Both teams had a long journey to get to this point, but now, only one team will get the taste of sweet victory while the other team will suffer the agony of defeat. The Louisiana high school football stage does not get any brighter than this. A weekend filled with great championship matchups kicks off this Thursday and the games will conclude on Saturday. The final game on Friday will be the Class 3A state championship game, which will feature the two best 3A public football teams in the state. In this game, the Eunice Bobcats will face the Sterlington Panthers. Both of these teams have shown that they have what it takes to win the state championship, but which of the two teams will be able to get the win in the end? Well, Louisiana Football Magazine’s expert Lee Brecheen has seen all of these teams play and gives his insight on which team will win the Class 3A state championship. Also, Louisiana Football Magazine staff members Jace LeJeune and Cameron Cerniglia give their insight and predictions on the sixth title game of the championship game week. This week, we will get you all covered in what you need to know for the Class 3A state championship game.

Eunice’s Road to the Dome: 34-20 win over Brusly in first round; 13-12 win over Wossman in second round; 41-12 win over Madison Prep in quarterfinals; 19-0 win over Kaplan in semifinals

Sterlington’s Road to the Dome: 49-0 win over Cohen College Prep in first round; 57-56 win over Church Point in second round; 13-12 win over Union Parish in quarterfinals; 21-12 win over Iota in semifinals

Jace’s Game Preview: The Eunice Bobcats are one of the best stories of the entire season. Just a couple of seasons ago, Eunice Head Coach Paul Trosclair was diagnosed with cancer and now, he has led the Bobcats to their first Super Dome appearance in 20 years. In the semifinals, the Bobcats faced off against another team that is trying to get over that semifinal hump in the Kaplan Pirates. Well, it looked like the trend continues, well at least for this year, for the Pirates as the Bobcats’ defense dominated the Pirates’ option attack and offensively, the Bobcats took advantage of some good field position as well as some great plays on special teams to win 19-0. Meanwhile, the Sterlington Panthers faced off against the number one ranked Iota Bulldogs in the semifinals. The Panthers got a tough road victory 21-12 to advance to the Super Dome for the second time in two seasons. What has been amazing about the Panthers’ consistency is that the last three times the Panthers made the Super Dome, there were three different coaches at the helm. In 2002 and 2003, Dell Ashley was the Head Coach. In 2016, Jason Thompson was the Panthers’ Head Coach and this year, it is Lee Doty at the helm. Both the Bobcats and the Panthers are two well coached football teams that like to control the clock and play good defense. I like Eunice’s athleticism as well as its toughness in senior leaders such as TE/DE Tyler Darbonne and RB Avrey Lee. However, Sterlington has shown in the playoffs that they can win whatever the cost may be whether it is winning high scoring shootouts like in their 57-56 victory over Church Point in the second round or defensive battles like its 13-12 quarterfinal victory over Union Parish. I think their ability to win in many different varieties is going to be the biggest difference in this football game. I also think that the Sterlington players will be a little bit more used to the big time playing environment.

Lee’s Game Preview: “Eunice has not been in the Dome for over 20 years while Sterlington has been in the Dome a couple of times over the last couple of years. In fact, Sterlington won the state championship two years ago. This is a very intriguing matchup because Eunice is going to be new to the Dome. However, I am going to go with the Cinderella team in Eunice. I think beating Kaplan was very impressive.”