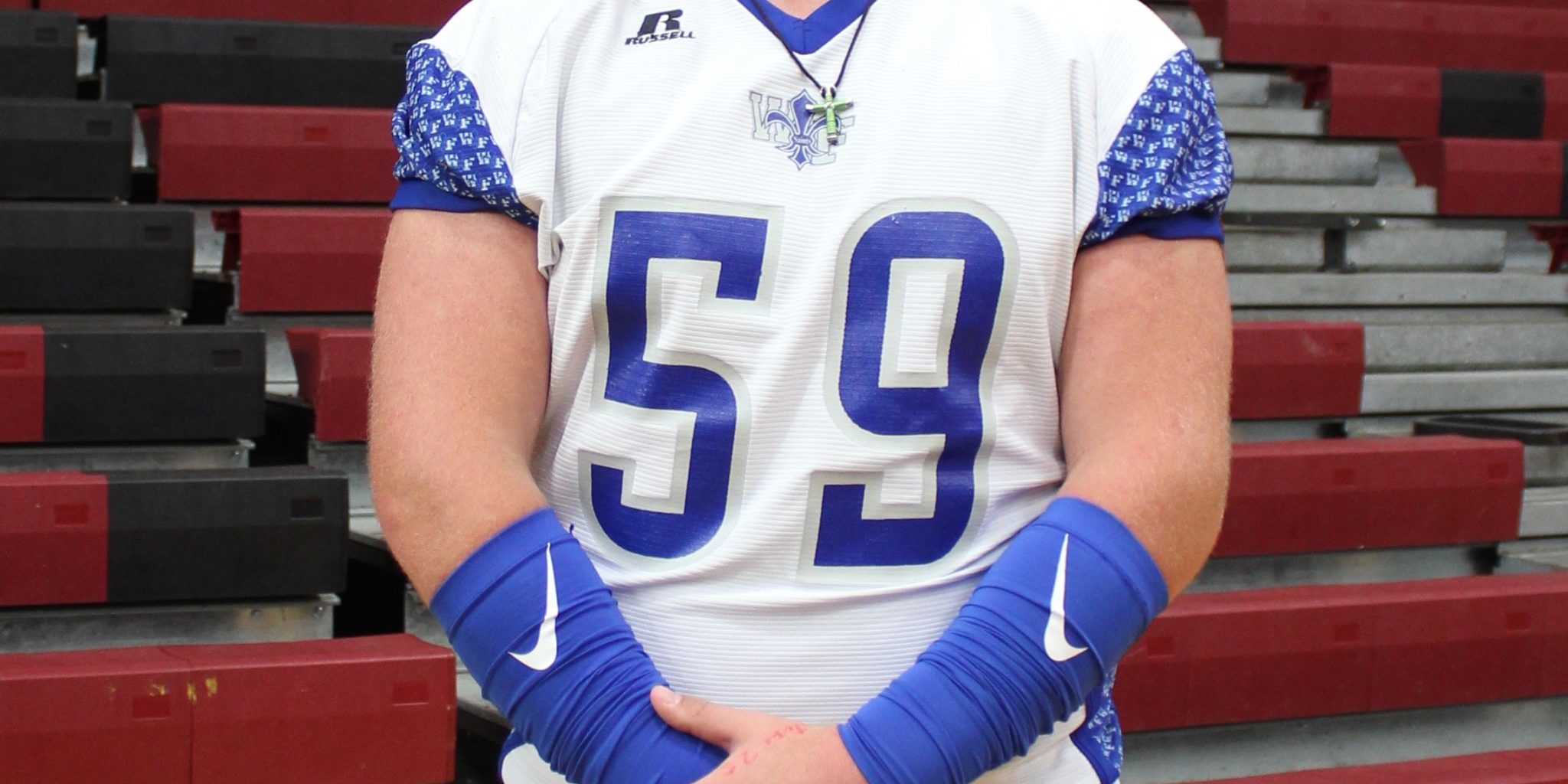 28 teams are down and there are only four more left to go. Four teams remain standing and all four of these teams have one goal in mind. That goal is to be one of nine teams in the end holding a state championship trophy in the Mercedes-Benz Superdome with the Queen smash hit “We Are the Champions” playing in the background. For Louisiana football fans, this is the most wonderful time of the year. It is our version of “March Madness”. This year, we got you covered as for the next couple of weeks, we will go through all of the matchups from 1A all the way to 5A each and every week leading up to the All-State Sugar Bowl/LHSAA Prep Classic from December 7th-9th. Louisiana Football Magazine’s expert Lee Brecheen has seen all of these teams play and gives his insight on which teams will survive and continue their march to the Superdome. Today, we preview the Class 3A public division semifinal playoff matchups. This week, we will find out which teams will be battling it out for the Class 3A state championship.

Game Preview: The Kaplan Pirates, led by Stephen Lotief, may not have all the big time athletes that a lot of other teams still in the playoffs have, but this is a well coached football team that knows how to play the game of football. They also have the formula to go far in the playoffs, which is run the football and play good defense. On offense, the Pirates have a five headed monster in their Wing-T attack that can all run the football in Mac Thibeaux, who has ran for almost 2,000 yards,  FB Braylon Romero, who has ran for over 1,000 yards, RB Logan Roy, RB Matt Roden, and QB Trae Case. The Pirates do have a big time player in junior tight end Quintlan Cobb, who is 6-4, 270. The Pirates won their first two games in dominant fashion winning their first round game against KIPP Renaissance 35-7 and defeating the Iota Bulldogs 45-18 in the second round. However, the arguably got their most impressive win last week when they were able to travel to St. James where they have plenty of big time players and dominate the game from start to finish with a 39-22 victory. The Richwood Rams, led by Robert Arvie, have endured three close playoff games to advance to this point thanks to their defense. In the first round of the playoffs, the Rams held on late to defeat North Vermilion 20-17. In the second playoff game, the Rams trailed the Loranger Wolves 14-12 at the half, but the defense was able to shut down the Loranger offense in the second half as well as get a score and two point conversion to prevail 20-12 to get to the quarterfinals. In the next round of the playoffs, they had to face a familiar opponent in the Sterlington Panthers. The Panthers defeated the Rams 28-21 in an earlier regular season matchup that determined the district championship. It was definitely going to be a tough matchup for the Rams as they had to face a team that is coming off a state championship a season ago as well as a 21 game winning streak. The Rams were able to pull off the upset in a defensive struggle 15-14. Offensively, both teams did not score in the second half. Richwood’s big defensive front was too much to handle as Sterlington was able to score only two touchdowns (one set up by a fake punt and the other was a long Austin Dupree touchdown run) while Richwood was able to get big plays from their best players including a two point conversion to shock the Panthers and move on to the next round.  One thing that the Rams have going for them is their size and athleticism. The Rams have two DI commits already in WR Hidari Caesar (TCU commit) and TE Geor’Quarius Spivey (Mississippi State commit). They also have some serious size as both lines average over 300 pounds including guys like DT Quanderrius Johnson, DE Jarviar Wade, OT Jabari Danzie, and others just to name a few. They also have some other great athletes that don’t get as much recognition as Caesar and Spivery, but are big time players such as QB Joseph Smith, LB Deione Reed, and LB Devonne Reed. It should be interesting how an undersized Kaplan front deals with the big and athletic offensive and defensive fronts for Richwood.

Lee’s Take: “This is the definition of David vs. Goliath. David is Kaplan and Goliath is Richwood. Just looking at both teams coming off the bus, Richwood looks like a NFL team while Kaplan looks like a junior high team in comparison. Now, Kaplan plays like a bunch of fire ants. They come after you. They are a great team and are very well coached. Richwood is on a mission because they have never been able to get this far. Kaplan has been so close too in recent years. I hate picking against Kaplan because I don’t think they ever made the dome, but Richwood has not made it either. I am going to go with Richwood because their defense has been the reason that they have advanced this far. Offensively, they are going to wear Kaplan out because of their big offensive line.”

Game Preview: The West Feliciana Saints, under Robb Odom, started their postseason run hungry for a state championship after falling so close in the last couple of seasons. The dynamic trio of Derek Turner, Davon Harris (Louisiana Tech commit), and Derius Davis (TCU commit) are one of the best trios in the entire state. They all can run a 4.40/40 and are explosive with the ball in their hands. Not only does this team have speed, but they are big up front with guys such as Jakob Fudge (6-3, 275) and OG/DL Zakk McKeehan (ULM commit). The Saints have had two dominant playoff victories in their first two games defeating North Webster 42-13 and Berwick 38-12. The Saints’ trio had explosive plays in those two games while the defense was able to prevent North Webster’s TJ Hawthorne and Berwick’s Kenan Jones (LSU commit) from having huge productive games. This is a team that can beat you with speed, athleticism, and their size. Last week, the Saints were able to dominate the Northwest Raiders 42-7 to advance to the semifinals. This is one of the best football teams in the state and when they get going, it is hard to stop them. Now, this has been the part of the season in which the Saints would fall short of the state championship the past couple of years. However, it looks like this is the team that could get there, but the Saints have one road block in the way in the Jennings Bulldogs, who are making a surprising playoff run as the #10 seed. The Jennings Bulldogs, led by Rusty Phelps, may have lost their star running back Travis Etienne (Clemson), but it seems that the Bulldogs have a better overall football team this year. The Bulldogs are a very balanced football team that has a 1,000 yard rusher in Darrian Achane, a very talented quarterback in Kole Mayers, great skill players that play on both sides of the football in WR/CB Keuante Riggs and WR/CB Darian Madden, who is an All-State caliber player, as well as a veteran offensive line that does not get enough credit for the great job that they do. Defensively, the Bulldogs are really underrated with a great front seven led by Brent Meche,  Gavin McZeal, and a very impressive freshman in Keenan Landry, who has already been offered by LSU. This is a well coached football team that does not have a glaring weakness. The Bulldogs are coming off playoff wins against Bogalusa, Church Point, and Crowley. Now, the Bulldogs get their chance to continue their impressive playoff run against the Saints for a chance to go to the Class 3A state championship.

Lee’s Take: “I think the only way West Feliciana loses this football game is if they do not play up to their potential. No offense to Jennings, but they are not the Lutcher teams from the past couple of seasons that have defeated West Feliciana to go to the Dome. It is not the same type of team that has beaten them two years in a row. The game is also at West Feliciana. Jennings is very strong on defense and the defensive line is huge for the Bulldogs. They have a freshman defensive tackle that LSU has already offered, and they have some pretty good skill position players. However, if West Feliciana plays what West Feliciana is capable of, then, they should be able to win this game.”

Jace’s Final Take: “I think this is West Feliciana’s year. They have been so close in getting to the Superdome in the past but they got the team this year that will be able to go over that semi-final hump. I think Jennings will give the Saints a good game, but being at home and having the speedy skill guys that they have will be the difference. As for the other game, I think Coach Lotief has done an excellent job with this team, but this is also Richwood’s year as well. They just have too much size and their defensive line is just too tough to run against. I am picking a West Feliciana-Richwood matchup in the Superdome, which could be a pretty intriguing game.”