Road To The Dome: LHSAA Class 3A Semifinals Preview 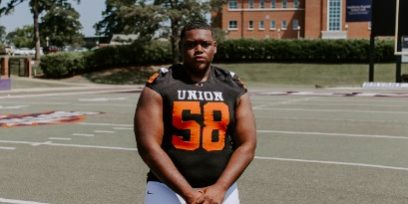 Road To The Dome: LHSAA Class 3A Semifinals Preview

28 teams are down and there are only four more left to go. Four teams remain standing and all four of these teams have one goal in mind. That goal is to be one of nine teams in the end holding a state championship trophy. For Louisiana football fans, this is the most wonderful time of the year. It is our version of “March Madness”. This year, we got you covered as for the next couple of weeks, we will go through all of the matchups from 1A all the way to 5A private and public each and every week leading up to the All-State Sugar Bowl/LHSAA Prep Classic from December 13th-14th. Louisiana Football Magazine’s recruiting expert Lee Brecheen and editor Jace LeJeune give their insight on which teams will survive and continue their march to the State Championship.  Today, we preview the Class 3A public division semifinal playoff matchups. This week, we will find out which teams will be battling it out for the Class 3A state championship.

Game Preview: The St. James Wildcats have earned the right as the number one seed in the playoffs under head coach Robert Valdez. The Wildcats are seeking its first state championship since 1979, and there is a good chance that the drought could end this season. In the playoffs, the Wildcats have dominated their opponents by a combined score of 101-21. The Wildcats have plenty of DI talent on the football field, and it all starts under center with UTSA commit Shamar Smith at quarterback. Smith will go down as one of the best quarterbacks in program history as he has accounted for 2,138 yards and 30 touchdowns this season. Smith also has plenty of options on offense in Navy running back commit Sean LeBeouf, and star sophomore wide receiver Shazz Preston, who has already committed to play at LSU. The Wildcats are also strong up front on both sides of the football as well. While the Wildcats will take advantage of its athleticism, the Union Parish Farmers want to win on physicality. The Farmers, under head coach Joe Spatafora, are looking to get back to the Super Dome for the first time since the team won the state championship back in 2013. Like in 2013, this team’s strength is on the offensive and defensive front. The Farmers have also leaned on its running game as the backfield duo of quarterback Trent Ginn and running back Treyvion Holly have combined for over 1,000 yards and eight touchdowns. As a team, the running game has accounted for 1,321 yards and 16 touchdowns over the last three games. The Farmers are used to seeing great athleticism on the field as in the previous round, the team was able to pull out a 35-26 quarterfinals victory over a Madison Prep Academy, which has two DI senior recruits on their team in Major Burns and Joel Williams.

Game Preview: Both the McDonogh 35 Roneagles and the Jennings Bulldogs meet in a battle of two of the hottest playoff teams in the playoffs. The Roneagles have won ten straight games after starting the season at 0-3. Offensively, the Roneagles are led by quarterback Manuel Armstrong and running back Steveland Williams, who has ran for 1,000 yards and 15 touchdowns. Defensively, the unit has been strong not giving up more than 19 points in the teams last eight games. Also, the Roneagles have one of the most legendary head coaches commanding the sidelines in Wayne Reese Sr., who has now over 250 wins to his credit, and now, the longtime head coach is just one win away from advancing to the Super Dome for the first time in his historic career. The Roneagles and its next opponent the Bulldogs are very similar. Like the Roneagles, the Bulldogs are on a hot winning streak winning its last five games including impressive playoff victories over higher seeds in Carroll, Church Point, and Sterlington. The Bulldogs also have a long time head coach in Rusty Phelps, who is looking to advance to his first state championship appearance as well. Also, just like McDonogh 35’s Steveland Williams, the Bulldogs will rely heavily on star sophomore running back Trevor Etienne, who is the younger brother of Travis Etienne (Clemson) and has also already received an offer from LSU. Both teams have similar styles of play and have gone through tough games in order to get to this point.

Win-Loss Records For Class 3A Picks (At Conclusion of Quarterfinals):