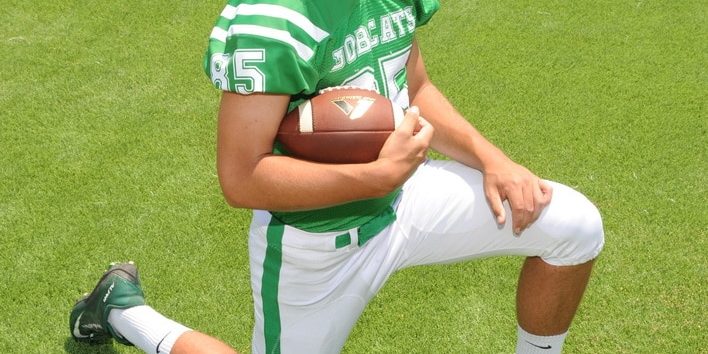 28 teams are down and there are only four more left to go. Four teams remain standing and all four of these teams have one goal in mind. That goal is to be one of nine teams in the end holding a state championship trophy in the Mercedes-Benz Superdome with the Queen smash hit “We Are the Champions” playing in the background. For Louisiana football fans, this is the most wonderful time of the year. It is our version of “March Madness”. This year, we got you covered as for the next couple of weeks, we will go through all of the matchups from 1A all the way to 5A both public and private each and every week leading up to the All-State Sugar Bowl/LHSAA Prep Classic from December 6th-8th. Louisiana Football Magazine’s expert Lee Brecheen has seen all of these teams play and gives his insight on which teams will survive and continue their march to the Superdome. Today, we preview the Class 3A public division semifinal playoff matchups. This week, we will find out which teams will be battling it out for the Class 3A state championship.

Jace’s Game Preview: The Iota Bulldogs had a tough battle against a North Webster Knights team that was riding high after defeating a very talented St. James Wildcats team in the second round. However, the Bulldogs passed the test winning a tight game over the Knights 21-14. A team that has been getting close playoff victories is the Sterlington Panthers, who after defeating the Church Point Bears in a 57-56 shootout in the second round, had to play against district rival Union Parish Farmers, which was a team that was up for revenge after losing to the Panthers in a district showdown. This time, it was a defensive struggle. The Farmers took a late 12-7 lead until the Panthers showed great resiliency scoring the game winning touchdown and escaping with a narrow 13-12 victory. The Iota Bulldogs are having a special season with an undefeated 13-0 record. This is the best run the Bulldogs have had since their state championship run back in 2002. Meanwhile, the Sterlington Panthers are trying to get back to the Superdome after a very recent trip back to when they won their first state title in 2016. This game could go down to which team has more success on the ground. The Panthers’ star junior running back Dallas Reagor has ran for 2,034 yards and 21 touchdowns while the Bulldogs’ one two punch of Luke Doucet and Kollin Guillory have combined to run for almost 3,000 yards and 39 touchdowns. This game will be played at Iota and will be a very tough crowd, but Sterlington knows what it takes to win big playoff games whether it is at home or on the road. It should be a great game to watch.

Cameron’s Game Preview: Eunice enters this matchup after a 41-12 win over Madison Prep while Kaplan had a 22-12 win over Lake Charles College Prep.  These are two good teams and this game can go either way.

Lee’s Pick: “What I like about this matchup is that this is a battle between two coaches that have fallen short of the Dome a couple of times before. Paul Trosclair has been the head coach at Eunice for over 20 years. Stephen Lotief has fallen short a couple of times at Kaplan. I hate to see one of these guys lose, but what it is going to guarantee is a team that is either finally going to go to the state championship game in Kaplan or Eunice, which is a team that has not been to the Dome in over 20 years. The two teams are even, but I am going to give the edge to Eunice. I think they will finally get back to the Dome after so many years.”