Road To The Dome: LHSAA Class 3A Second Round Recap 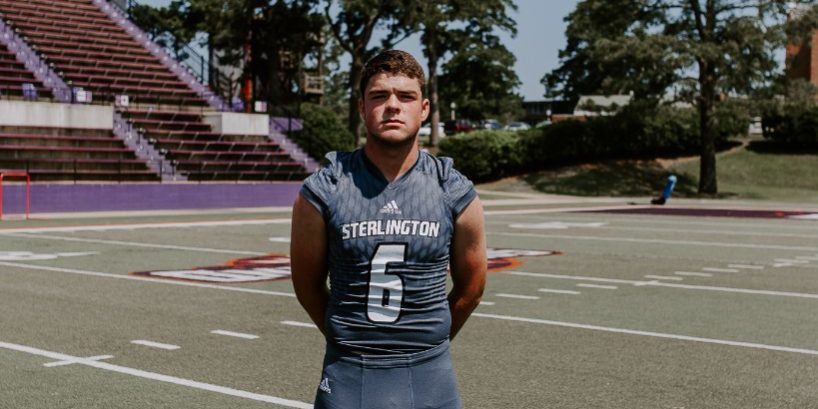 Road To The Dome: LHSAA Class 3A Second Round Recap

16 teams played in the second round of the Class 3A playoffs and only eight of those teams will advance to the next round. For the eight teams that lost this week, their season is over, but for the eight teams that move on to the next round, those particular teams have one goal. That is to be one of nine teams in the end holding a state championship trophy. For Louisiana football fans, this is the most wonderful time of the year. It is our version of “March Madness”. This year, we got you covered as for the next couple of weeks. We will go through all of the matchups from 1A all the way to 5A each and every week leading up to the All-State Sugar Bowl/LHSAA Prep Classic from December 13th-14th. We weren’t able to get in our 3A playoff preview before the games started, but we will give you a quick recap of the games and what our actual picks before we give out our quarterfinal and semifinal previews at the start of this week.

Game Recap: The Green Oaks Giants started the game strong going 85 yards on the opening drive, which resulted in a Ja’Mes Sanders one yard touchdown. Unfortunately, for the Giants, that would be the only score for them the entire night. The St. James Wildcats dominated the game after that by scoring 41 unanswered points. St. James answered Green Oak’s opening drive with a 51-yard touchdown pass from Shamar Smith to Shazz Preston to trail 8-6. Just a few moments later, Green Oaks punter Minnion Jackson ran out of the back of the end zone on a botched punt attempt for a safety that allowed St. James to tie the game at eight a piece. The Wildcats took the lead when running back Sean Lebeouf scored on a five yard run to put St. James up top at 15-8. Another touchdown run by Shamar Smith stretched the Wildcats’ halftime lead to 22-8. The Wildcat defense was relentless in getting after quarterback Keith Baker as Chase Geason and Savion Jones each had two sacks. Lebeouf found the end zone twice more in the third quarter and backup quarterback Marquell Bergeron finished off the scoring, which led to the 41-8 final score.

Game Recap: After the Brusly Panthers pulled off an upset against the Donaldsonville Tigers in the first round, the team was trying to pull out another one against the Marksville Tigers. At the start, it looked as the second upset was going to be bleak as the Tigers took a 13-0 lead after Brusly fumbled twice early on. Then, the Panthers responded with 14 unanswered points featuring a 10 yard touchdown pass from quarterback Nick Penell to wide receiver Sammy Daquano along with a 65 yard touchdown run from running back Josh Westly. After the Panthers extended its lead to 20-13, the Tigers tied the game with a 16 yard touchdown pass from quarterback Te’Darius Weaver to wide receiver Arnold Prevot. With the score being tied at 20 entering the fourth quarter, it became the Josh Westly show as he scored two more touchdowns to clinch the 34-20 victory for the Panthers. Westly saved his best performance for the biggest game of his prep career with 279 yards rushing and three touchdowns.

Game Recap: The Union Parish Farmers advance to the Class 3A Quarterfinals after an impressive 38-21 victory over the higher seeded Caldwell Parish Spartans.

Game Recap: The Madison Prep Academy Chargers had a sloppy first half of play giving up over 100 yards in penalties and also, turning the football over twice to help the KIPP Booker T. Washington Lions take a 20-10 halftime lead. The Chargers looked like their normal selves in the second half scoring 28 unanswered points including on a blocked punt forced by LSU commit Major Burns to pull away from the Lions by a final score of 38-20.

Game Recap: The Baker Buffaloes were trying to avenge a second round playoff loss to the Iota Bulldogs last season as both teams played again in the second round of the Class 3A playoffs. The Bulldogs struck first with a 17 yard touchdown pass from quarterback Dawson Wallace to running back Luke Doucet. The Buffaloes responded when their quarterback Damien Knighten completed a screen pass to running back Desmond Windmon for a big 57 yard gain before scoring on a Knighten quarterback sneak to tie the game at six. The Buffaloes connected on another screen this time to wide receiver Jaylin Pendleton in order to get the narrow 12-6 lead. Despite the big screen passes working for the Buffaloes, the Bulldogs still held the lead at 13-12 thanks to a four yard touchdown run from Tyrone Charlot. After a scoreless third quarter, the Buffaloes broke the scoring drought when the offense went 92 yards on 14 plays resulting in a touchdown run from Travonte Spears to give the Buffaloes an 18-13 lead. That last touchdown would be enough to win as the number 30 seed Baker Buffaloes upset the number 14 Iota Bulldogs by a final score of 18-13.

Game Recap: The McDonogh 35 Roneagles and the Lake Charles College Prep Trailblazers are two hot teams that are both 8-3 and have great athletes to boot. The Trailblazers opened up the game with a 45 yard touchdown pass from Dillon Simon to Glenn Johnson for a 45 yard touchdown. The Roneagles immediately answered scoring on a touchdown strike from quarterback Manuel Armstrong to tight end Renwick Doyle. Armstrong would find the end zone again this time connecting with Torey Chambers on a 14 yard touchdown to extend the Roneagles’ lead at 16-7. The Trailblazers would not give in though as running back Orenthal Lewis scored on an eight yard touchdown to narrow the Roneagles’ lead to 16-14. The score would remain the same until just a little over two minutes were left in the fourth quarter when McDonogh 35’s Steveland Williams galloped his way into the end zone from 32 yards out to extend the lead at 22-14. The Trailblazers had a chance late to tie the football game, but a low snap gave the Roneagles defense to recover the football and thus, run the rest of the clock out to preserve a 22-14 win over the Trailblazers. For the McDonogh 35 Roneagles, it was Steveland Williams, who was the difference maker with 273 rushing yards and a touchdown.

Game Recap: The Jennings Bulldogs tried to carry on the theme of lower seeded teams advancing to the next round of the playoffs, and they would have to do that against the number seven seed Church Point Bears. Well, on the day when Travis Etienne’s (Jennings/Clemson) jersey was retired at Jennings High School, it was his little brother Trevor Etienne that helped the Bulldogs pull off the 14-13 upset against the Bears.

Game Recap: After the Sterlington Panthers survived a scare in their first round opponent Crowley, it looked like more of the same as the Kaplan Pirates immediately jumped to a 12-0 lead after stripping Sterlington quarterback Hayes Crockett and returning the fumble 66 yards for a touchdown. After the Panthers finally force a turnover, the Sterlington offense finally responded scoring on an one yard touchdown plunge from Jordan Townsend to put the Panthers on the scoreboard trailing 12-7. The Panthers start to get their rhythm on offense as their next drive went 61 yards resulting in another Townsend touchdown run to put Sterlington up top at 15-12 with the successful two point conversion. Kaplan quarterback Mason Frick took the Pirates down the field and scored his second touchdown run of the game to give the Pirates back the lead at 18-15. Then, both teams would trade scores. Sterlington running back Dallas Reagor punched in a touchdown from 11 yards out for the third different lead change of the game. The Pirates answered the bell after a 74 yard run by Hayes Abshire put the offense in position for Frick’s third rushing touchdown of the game for the fourth different lead change. Once again, the Panthers immediately responded with a 72 yard kickoff return for a touchdown, and then, would score again on a six yard touchdown from Townsend to help pull away from the Pirates in the end at 35-24.

Win-Loss Records For Class 3A Picks (At Conclusion of Second Round):