Road to the Dome: LHSAA Class 3A Second Round Preview 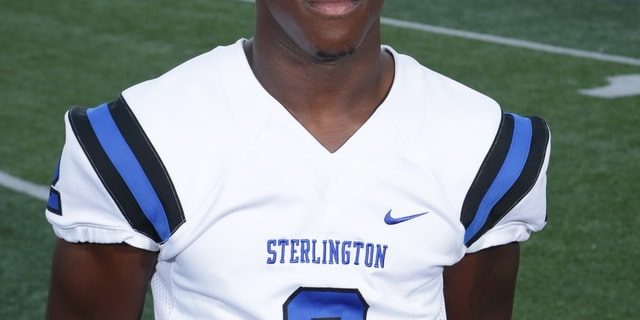 Road to the Dome: LHSAA Class 3A Second Round Preview

16 teams are down and there are 16 more teams left to go. All 16 teams have their own strengths and weaknesses, but they all have one goal in mind. That is to be one of nine teams in the end holding a state championship trophy in the Mercedes-Benz Superdome with the Queen smash hit “We Are the Champions” playing in the background. For Louisiana football fans, this is the most wonderful time of the year. It is our version of “March Madness”. This year, we got you covered as for the next couple of weeks, we will go through all of the matchups from 1A all the way to 5A public and private each and every week  leading up to the All-State Sugar Bowl/LHSAA Prep Classic from December 6th-8th. Louisiana Football Magazine’s expert Lee Brecheen has seen all of these teams play and gives his insight on which teams will survive and continue their march to the Superdome. Today, we preview the Class 3A public division second round playoff matchups.

Jace’s Game Preview: The Iota Bulldogs were looking to make a statement last Friday that they are deserving of their number one seed ranking and they did so by blowing out KIPP Renaissance 49-0. The Bulldogs are balanced offensively and are pretty good defensively. That’s a winning combination and it shows why the team is currently undefeated. However, the Bulldogs have to face an athletic team in Baker, which is used to going up against some of Baton Rouge’s elite. The Buffaloes have proved that they have the talent to beat a lot of teams. Just ask Marksville who lost 18-12 to Baker in the first round of the playoffs. It should be a closer game than people think because Baker will not be intimated by them. Also, the Buffaloes will have a big crowd on their side as the team will host its first playoff game in 12 years.

Lee’s Pick: “I underestimated Iota last week, but after seeing them beat KIPP Renaissance that bad, they are the real deal. I think that Baker has had a really good season and Coach Eric Randall has done a great job, but I don’t think they have the depth like Iota has. I think Iota QB Trae Rambin is going to be the difference in this game. Baker has speed and if they can make big plays, they are capable of winning, but just playing a full 60 minutes, I am going to go with Iota.”

Jace’s Game Preview: Both North Webster and St. James are coming off of pretty dominant victories. The North Webster Knights defeated Albany 41-8 while the St. James Wildcats shut out district foe Donaldsonville 25-0 in the first round of the playoffs. This is a pretty even game against two evenly matched teams. Even though the game is being played at North Webster, St. James’ athletes including QB Shamar Smith could be the difference maker in this ball game even though the Knights also have a really good dual threat QB in Tyrell Markray.

Jace’s Game Preview: This is another matchup in which both teams dominated their first round games. Union Parish shut out Bogalusa 50-0 while Jena shut out East Beauregard 49-0. This game between two of the best in Class 3A could go either way. The game will be played at Union Parish. With both teams pretty even and having good athletes, the Union Parish home field crowd could be enough to get it done.

Lee’s Pick: “I think Union Parish will win this game. They are a little bit tougher opponent than what Jena is used to playing in the Alexandria area. Union Parish only runs the ball and they have a 5’6 quarterback, but they have a huge offensive and defensive line. I think it will be too much for Jena to handle.”

Jace’s Game Preview: The Sterlington Panthers showed why they are among the elite in Class 3A by taking control in their 49-0 playoff win against Cohen College Prep. The Panthers had a standout game from their senior running back CJ Colvin, who has done an amazing job of just getting back on the field after suffering a serious knee injury earlier this year. Colvin pulled off a hat trick scoring in three different ways with one coming on a kickoff return, one coming on a punt return, and one coming on the ground. He will be one of the dangerous weapons Church Point will have to try and contain. The Church Point Bears are coming off of a 28-6 victory over a West Feliciana team that has been playing their best football as of late. The Bears have plenty of talent and are well coached. They are capable of giving the Panthers plenty of trouble if they are not careful.

Lee’s Pick: “I am going to pick Church Point to pull the upset. They have two phenomenal running backs and they have some incredible players on the offensive side of the football. They are one of the most athletic teams that Sterlington has seen all year.”

Cameron’s Game Preview: Kaplan and Crowley are both coming off of good wins in the first round. Kaplan beat Jennings by a score of 28-13 while Crowley beat Sophie B. Wright by a score of 26-6.  This should be a great game.

Lee’s Pick: “I love Coach Stephen Lotief and Kaplan, but I have seen Crowley play and they have just as much talent as anybody in this classification. Crowley is a team that is really coming on so I am going to pick Crowley.”

Cameron’s Game Preview: Northwest comes into the second round of the playoffs having beaten Berwick 46-39. Lake Charles College Prep is coming off a good victory against Erath by a final of 28-14. This is an interesting matchup and should be entertaining for the fans.

Cameron’s Game Preview: Both of these teams come into the second round having won close games in the first round. Caldwell Parish edged Avoyelles 22-14 and Madison Prep upset Jewel Sumner 24-20. This is also an interesting game in the 3A bracket.  If Madison Prep plays to their full potential, they can pull another upset in this round.

Lee’s Pick: “If Madison Prep shows up and plays the way that they are capable of, then it shouldn’t be a game. However, Caldwell Parish has a lot of tradition and they are used to playing in these big playoff games. I am still going with Madison Prep just because I think that they are peaking at the right time.”

Cameron’s Game Preview: Eunice enters the second round having beaten Brusly 34-20 in the first round. Wossman is coming off a victory against Green Oaks in the first round. This is another matchup in which Wossman could ride their momentum and pull another upset.

Lee’s Pick: “Wossman shocked me defeating my Cinderella team Green Oaks in the first round. Wossman always has speed and they have one of the best track teams in the state. They have really come on and for some reason, play better in the playoffs than in the regular season. I am pulling for Eunice because of their Head Coach Paul Trosclair coming back to overcome cancer, but I think Wossman has a little bit more speed than they can handle so I am going to go with Wossman.”