Road to the Dome: LHSAA Class 3A Quarterfinals Preview 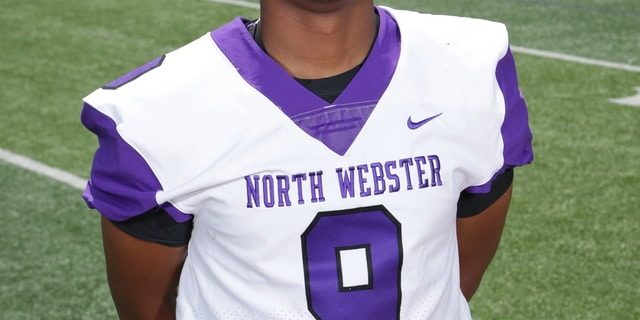 Road to the Dome: LHSAA Class 3A Quarterfinals Preview

24 teams are down and there are 8 more teams left to go. All 8 teams have their own strengths and weaknesses, but they all have one goal in mind. That is to be one of nine teams in the end holding a state championship trophy in the Mercedes-Benz Superdome with the Queen smash hit “We Are the Champions” playing in the background. For Louisiana football fans, this is the most wonderful time of the year. It is our version of “March Madness”. This year, we got you covered as for the next couple of weeks, we will go through all of the matchups from 1A all the way to 5A each and every week leading up to the All-State Sugar Bowl/LHSAA Prep Classic from December 6th-8th. Louisiana Football Magazine’s expert Lee Brecheen has seen all of these teams play and gives his insight on which teams will survive and continue their march to the Superdome. Today, we preview the Class 3A public division quarterfinal playoff matchups.

Jace’s Game Preview: The Iota Bulldogs are still continuing their playoff run after the team was able to overcome a tough start on the road against the Baker Buffaloes in the quarterfinals with a 31-14 win. With the Bulldogs holding on to a narrow 17-14 lead over the Buffaloes on the road, it was the running back duo of Luke Doucet and Kollin Guillory that was able to ground and pound with two unanswered touchdowns to preserve the victory. The Bulldogs better be high alert against a North Webster team that is coming off one of their biggest playoff wins in program history over a great traditional program in St. James. At their home turf, the Knights were able to find a way to pull out a quarterfinal victory against the Wildcats 26-23. So far, the Bulldogs’ balanced offense and defense have passed the test as the number one seed, but with a talented North Webster team coming into town, they will get all that they can handle.

Lee’s Pick: “North Webster is from the Springhill area. It is Devin White’s (LSU) former school. They have a heck of a defensive line and to appreciate that, you have to see them play. Their quarterback Tyrell Markray is phenomenal and they have a really good offense featuring some talented receivers. Iota has had a really good year and probably their best in 15 years. They got a good quarterback in Trae Rambin as well as a good offensive line. I am going to go with North Webster only because they defeated St. James. St. James was one of the best low seeded teams in the whole playoffs. That’s a statement win for North Webster so I am going to go with the Knights to advance to the semifinals.”

Jace’s Game Preview: The Sterlington Panthers played in one of the most entertaining playoff games regardless of classification. Both the Panthers and the Church Point Bears matched toe for toe with each other the entire night. In fact, the game went into overtime and from that point, the Panthers found a way to sneak away in a high scoring 57-56 overtime victory to advance to the quarterfinals. They will face a familiar opponent in Union Parish. At first, it was the Jena Giants that took the 14-6 lead, but the Farmers took control of the game in the second half. In fact, the Farmers scored 29 unanswered points in the second half to advance with a 34-14 victory. This game features two of North Louisiana’s finest as the Union Parish Farmers will be looking for revenge after losing to the Panthers 31-20 in an earlier regular season game this year.

Lee’s Pick: “I am going to go with Union Parish. Sterlington is having a surprise year. I didn’t think that they would be in this position. It comes to show you the great coaching job Coach Lee Doty and the rest of the Sterlington coaching staff has done. However, Union Parish has a great running game. They might not throw the ball that much maybe about three or four times a game. They have a huge offensive line and physically in the trenches, Union Parish has the advantange so I am going to go with the Farmers to advance.”

Cameron’s Game Preview: Kaplan comes into this game having beaten Crowley 35-6 in the second round. Lake Charles College Prep had a close game against Northwest and came away with a 14-8 victory.  Both of these teams are capable of coming away with a victory. The home field advantage may be what puts Kaplan in front.

Lee’s Pick: “Lake Charles College Prep is the best team that nobody is talking about. Kaplan is a team that seems to do always great in the playoffs. I think Kaplan is one of the most well coached teams in the state. However, I am going to go with Lake Charles College Prep. They have some of the best skill talent in the state. If people see them play, they will talk about their players. I have seen them play and I think that they are on a mission. They are a very underrated team.”

Cameron’s Game Preview: Both of these teams played extremely close games in the second round. Madison Prep defeated Caldwell Parish by a score of 6-0 and Eunice defeated Wossman 13-12. Madison Prep has been a Cinderella team up to this point, but it may be hard to keep the momentum rolling on the road in the quarterfinals.