Road To The Dome: LHSAA Class 3A First Round Playoff Preview 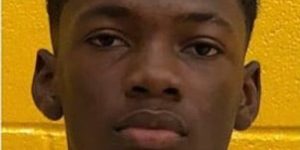 Road To The Dome: LHSAA Class 3A First Round Playoff Preview

It is the most wonderful time of the year, and I am not talking about the holidays. I am talking about the LHSAA Playoffs, which start this week. The playoffs are always unique in the sense that is unlike the regular season as you lose, there is another week to play. In the playoffs, there is no tomorrow because if you lose, you go home. Through all the classifications and all of the teams in the playoffs, there is one goal in mind and that is to be one of nine teams in the end holding a state championship trophy in the end. For the third year in a row, we got you covered as for the next couple of weeks, we will go through all of the private and public matchups from 1A all the way to 5A each and every week leading up to the All-State Sugar Bowl/LHSAA Prep Classic from December 13th-14th. Louisiana Football Magazine’s recruiting expert Lee Brecheen and editor Jace LeJeune give their insight on which teams will survive and continue their march to the Super Dome. Today, we preview the Class 3A public division playoff bracket.

Jace’s Bracket Breakdown: “I think the St. James Wildcats are going to win Class 3A. I love their senior quarterback Shamar Smith and I firmly believe that he can be the guy that dominates this bracket. The Wildcats have playmakers all over the field and have been battle tested in their 10-0 start already having wins against Destrehan, East St. John, West St. John, and Assumption. On the other side of the bracket, the Sterlington Panthers will make it back to the Super Dome after losing in the Class 3A state championship last year to Eunice. Obviously, there will be teams that challenge both along the way including Iota, Church Point, Madison Prep, etc., but I think it will be number one and two face each other in the Dome.”

Lee’s Bracket Breakdown: “St. James is the most talented team that I have seen all year in Class 3A and Sterlington is the most complete team. I think both teams will play each other in the Dome. It will be a fast game as Sterlington runs the football 99 percent of the time and St. James has all kinds of speed on the football field. It will be a high scoring game, and I think St. James wins it all.”