Road to the Dome: LHSAA Class 2A State Championship Preview 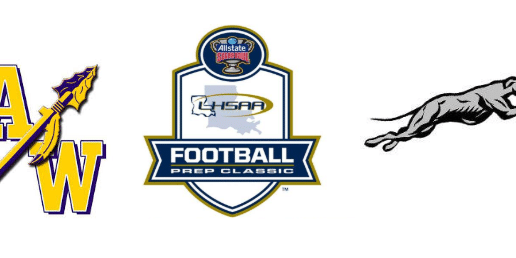 Road to the Dome: LHSAA Class 2A State Championship Preview

Well, here we are. We have reached the final destination when it comes to the Road to the Dome. 32 teams had one goal in mind and that goal is to be one of nine teams in the end holding a state championship trophy in the Mercedes-Benz Superdome with the Queen smash hit “We Are the Champions” playing in the background. Now, 30 teams’ seasons are over and there are only now only two teams standing. Both teams had a long journey to get to this point, but now, only one team will get the taste of sweet victory while the other team will suffer the agony of defeat. The Louisiana high school football stage does not get any brighter than this. A weekend filled with great championship matchups kicks off this Thursday and the games will conclude on Saturday. The first game on Friday will be the Class 2A state championship game, which will feature the two best 2A public football teams in the state. In this game, the  Amite Warriors will face the Welsh Greyhounds. Both of these teams have shown that they have what it takes to win the state championship, but which of the two teams will be able to get the win in the end? Well, Louisiana Football Magazine’s expert Lee Brecheen has seen all of these teams play and gives his insight on which team will win the Class 2A state championship. Also, Louisiana Football Magazine staff members Jace LeJeune and Cameron Cerniglia give their insight and predictions on the fourth title game of the championship game week. This week, we will get you all covered in what you need to know for the Class 2A state championship game.

Amite’s Road to the Dome: 51-0 win over Springfield in first round; 41-6 win over East Feliciana in second round; 48-0 win over Franklin in quarterfinals; 44-20 win over Ferriday in semifinals

Jace’s Game Preview: The Amite Warriors and the Welsh Greyhounds will get things started in the first game on Friday. The Warriors are coming off a 44-20 victory against the Ferriday Trojans in the semifinals. Everybody knows about big time recruits DT/DE Ishmael Sopsher and WR Devonta Lee, but Kentucky commit QB Amani Gilmore was the key playmaker in the semifinals throwing for four touchdowns. The Welsh Greyhounds did not give up and showed a lot of grit as well as toughness in their semifinal upset against the Many Tigers. The defending Class 2A state champions looked like that they were in trouble early on against a motivated Tigers football team that lost to the Greyhounds in the same game a season ago as the team was down 21-7 early. The Greyhounds not only came back to make it a game, but the team also came back to score 21 unanswered points to complete the comeback. For the Warriors, this is their first Super Dome appearance since 2016 and will be looking for their fifth state championship, but first since 2004. The Greyhounds will be making their fourth Super Dome appearance, but this will be the first time that the team has appeared in back to back Super Dome appearances. Just a year after their first state championship, the Welsh Greyhounds are back to try and win their second. The Amite Warriors have a lot of weapons and are one of the most athletic teams in the state while the Welsh Greyhounds have some weapons of their own including senior WR Da’Ren Zeno. This game will be a great one, but I think that Amite’s athleticism will be enough for the Warriors to win this matchup.

Cameron’s Game Preview: Amite was able to roll through their side of the bracket while Welsh had to win some close games.  In the semifinal round, Amite defeated Ferriday 44-20 while Welsh defeated Many 28-21. Amite has playmakers on both sides of the ball and it will be hard for anyone to stop.  Welsh will have a tough task, but if there is a team that can do it, it is Welsh.

Lee’s Game Preview: “Welsh has really shocked me going back to the Dome with not as much talent, but what a great coaching job by Coach John Richardson. I already had a lot of respect for Coach Richardson and the rest of his coaching staff, but this was the coaching job of the year especially without their starting quarterback who graduated last year as well as a lot of their key guys. They do return Da’Ren Zeno, but I think that Amite has too much speed and Kentucky commit Amani Gilmore has really come along. I just feel that Amite is going to win this one. Welsh has done a great job of getting to the Dome, but who knows, I might be wrong again. However, I am going with Amite.”