Road To The Dome: LHSAA Class 2A State Championship Preview 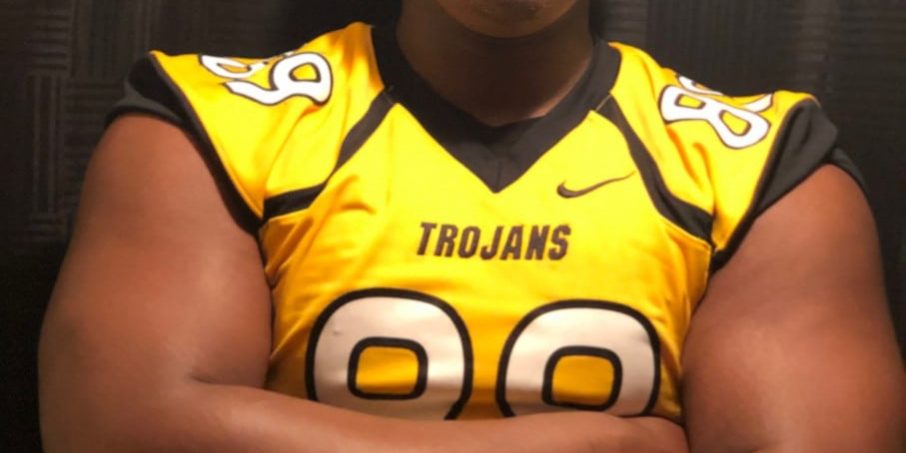 Road To The Dome: LHSAA Class 2A State Championship Preview

Well, here we are. We have reached the final destination for the public schools when it comes to the Road to the Dome. 32 teams had one goal in mind and that goal is to be one of nine teams in the end holding a state championship trophy. Now, 30 teams’ seasons are over and there are only now only two teams standing. Both teams had a long journey to get to this point, but now, only one team will get the taste of sweet victory while the other team will suffer the agony of defeat. The Louisiana high school football stage does not get any brighter than this. In this game, the Ferriday Trojans will face off against the Many Tigers for the Class 2A state championship crown. Both of these teams have shown that they have what it takes to win the state championship, but which of the two teams will be able to get the win in the end? Well, Louisiana Football Magazine’s recruiting guru Lee Brecheen and editor Jace LeJeune give their predictions on will claim the right as state champion.  Today, we will get you all covered in what you need to know for the Class 2A state championship game.

Ferriday’s Road To The Dome: 58-0 win over Vinton in first round; 36-13 win over Port Allen in second round; 40-21 win over Kinder in quarterfinals; 42-14 win over Amite in the semifinals

Many’s Road To The Dome: 59-0 win over Vidalia in first round;  24-20 win over East Feliciana in second round; 49-21 win over Pine in quarterfinals; 17-14 win over Kentwood in the semifinals

Game Preview: As expected, both the number one and number two seeds advance to the Class 2A State Championship game.

For the Ferriday Trojans, under head coach Stanley Smith, it has been a long time coming for the team to finally reach back to the Super Dome. For the first time in nearly 40 seasons, the Trojans are back in the Big Dance, and what better way to finally break through with a semifinal win against a team that has been a thorn in the Trojans’ side over the last couple of seasons in the defending Class 2A state champion Amite Warriors. It was a dominant performance by Ferriday as the Trojans pulled away with a 42-14 victory to get to this point. Despite its season opening loss to the Alexandria Trojans, there have been no setbacks for the Trojans as the team has dominated the competition outscoring its opponents by a combined score of 720-102. The Trojans have a lot of skill talent including its quarterback Kobe Dillon, who is an incredible athlete with 3,322 total yards and 44 combined touchdowns. The Trojans will also rely on its other members in the backfield as running backs Byron Milligan and Jaquarius Davis have combined for over 2,000 yards rushing. The Trojans will also be big and athletic up front led by big Roosevelt Davis, who is 6-6, 285 pounds.

Like the Trojans, the Many Tigers, led by head coach Jess Curtis, will rely on a big offensive line and strong running game. It seems that the Tigers always have great running backs, and the case has been the same this season as the team has two 220 pound bruising running backs in Terrence Williams and Shamorian Wiseman. When in doubt, the Tigers’ offense can always rely on these two backs as Williams has ran for 1,914 yards and 33 touchdowns while Wiseman has ran for 1,820 yards and 22 touchdowns. Also, like the Trojans, the Tigers have finally broke through in order to get back to the Super Dome after falling short in the semifinals the last couple of seasons. Unlike years past, the Tigers found a way to win the close games in the playoffs as the team has won two playoff games against the East Feliciana Tigers and the Kentwood Kangaroos by a combined seven points. The team has also overcome some adversity starting the season at 0-3, but coming back strong as the team is currently on a ten game winning streak. If it comes down to a close game, the Tigers will have more experience in those type of games as the Trojans have yet to be challenged in its last 13 games.

Win-Loss Records For Class 2A Picks (At Conclusion of Semifinals):