Road to the Dome: LHSAA Class 2A Quarterfinals Preview 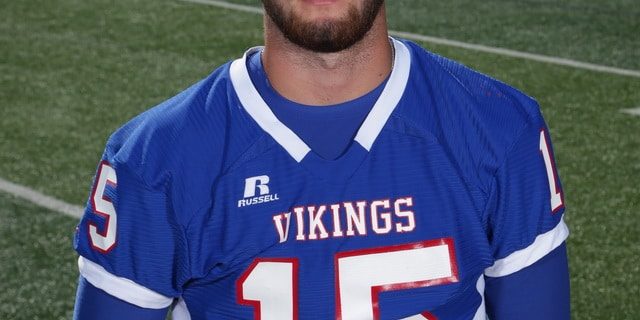 Road to the Dome: LHSAA Class 2A Quarterfinals Preview

24 teams are down and there are 8 more teams left to go. All 8 teams have their own strengths and weaknesses, but they all have one goal in mind. That is to be one of nine teams in the end holding a state championship trophy in the Mercedes-Benz Superdome with the Queen smash hit “We Are the Champions” playing in the background. For Louisiana football fans, this is the most wonderful time of the year. It is our version of “March Madness”. This year, we got you covered as for the next couple of weeks, we will go through all of the matchups from 1A all the way to 5A each and every week leading up to the All-State Sugar Bowl/LHSAA Prep Classic from December 6th-8th. Louisiana Football Magazine’s expert Lee Brecheen has seen all of these teams play and gives his insight on which teams will survive and continue their march to the Superdome. Today, we preview the Class 2A public division quarterfinal playoff matchups.

Jace’s Game Preview: The Many Tigers continued to show why they are ranked number one in Class 2A. It might not have been as dominating as their 76-0 victory over Ville Platte in the first round as James Powell and the Rayville Hornets were able to score their points, but Ni’Kendrick Carter and the rest of the Tigers’ running game was too much for the Hornets to handle in a 54-32 victory. Meanwhile, the Vidalia Vikings are looking strong in the playoffs after another win this time over the Independence Tigers 28-20. This matchup should be another game with a lot of points on the board as it features a great rushing attack in Many versus a great Vidalia passing offense led by Tristan Weatherly, who is one of the most underrated senior quarterbacks in North Louisiana.

Lee’s Pick: “I am going with Many here. It’s been a great run by Coach George “Dee” Faircloth and Vidalia has had one of their best playoff runs in many years. I hate to see Coach Faircloth lose this game, but Many has too much talent. Vidalia can pull the upset here, but I don’t see that happening here. Many is averaging over 300 yards rushing and in some cases, 400 yards. It’s just too much Many in this one.”

Jace’s Game Preview: What a Cinderella playoff run for the DeQuincy Tigers after first upsetting East Beauregard in the first round of the playoffs and now upsetting the undefeated Rosepine Eagles 20-12 in the second round of the Class 2A playoffs, Now, the Tigers will advance to the quarterfinals for the first time since 1995 and as a result, will get the chance to host that playoff game. That is the good news for the Tigers. The bad news is that they will have to face the defending Class 2A state champion Welsh Greyhounds in order to continue on this Cinderella run. The Greyhounds were able to take care of business in their last playoff game against the Mansfield Wolverines 33-16. Even though everything is going right for the Tigers, they will have to face a team that knows what it takes to win these type of playoff games even on the road.

Lee’s Pick: “I am going to take DeQuincy. Welsh is not as good as last year. I think DeQuincy has a very underrated team and I have seen both teams play. Welsh is more of a running team this year. Last year, they were more of a balanced team as they could throw and run. I think DeQuincy is going to do just enough to win this game. They are a Cinderella team right now.”

Cameron’s Game Preview: Ferriday enters this matchup after a 27-0 win over General Trass. St. Helena is coming off a 26-14 win over Northeast on the road. It will be tough for Ferriday to go on the road and defeat St. Helena who has some momentum going into the quarterfinals.

Lee’s Pick: “This is a rematch of the playoffs last year in the semifinals to go to the dome and St. Helena barely defeated Ferriday. Now, both teams are completely different talent wise, but I still think both teams are very talented. I have seen Ferriday play this year, and I still think they are a very good team. I think this is a revenge game, and I think Ferriday wins this game.”

Cameron’s Game Preview: Amite is coming off a big 41-6 win over East Feliciana in the second round of the playoffs. Franklin had to go on the road for a second time this postseason and came away with another win over Kinder by a score of 34-28.  This might be Franklin’s biggest test, but they will have home field advantage, which may help the Hornets.

Lee’s Pick: “Franklin is a surprise. I have seen Franklin play and they have a great quarterback/athlete. They have a really good running game, offensive line, and a good defense. They also have done a really good job coaching and as a result, this is one of their best seasons in many years. Amite, on the other hand, has all the big name players like Ishmael Sopsher, Devonta Lee, and several others. I am going with Amite, but I think Franklin can give them a game.”