Road To The Dome: LHSAA Class 1A State Championship Preview 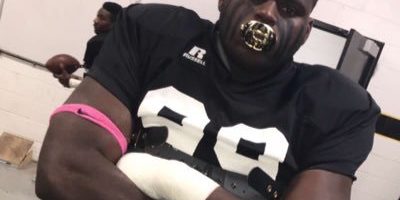 Road To The Dome: LHSAA Class 1A State Championship Preview

Well, here we are. We have reached the final destination for the public schools when it comes to the Road to the Dome. 32 teams had one goal in mind and that goal is to be one of nine teams in the end holding a state championship trophy. Now, 30 teams’ seasons are over and there are only now only two teams standing. Both teams had a long journey to get to this point, but now, only one team will get the taste of sweet victory while the other team will suffer the agony of defeat. The Louisiana high school football stage does not get any brighter than this. In this game, the White Castle Bulldogs will face off against the Oak Grove Tigers for the Class 1A state championship crown. Both of these teams have shown that they have what it takes to win the state championship, but which of the two teams will be able to get the win in the end? Well, Louisiana Football Magazine’s recruiting guru Lee Brecheen and editor Jace LeJeune give their predictions on will claim the right as state champion.  Today, we will get you all covered in what you need to know for the Class 1A state championship game.

White Castle’s Road To The Dome: Bye in first round; 32-6 win over Delta Charter in second round; 14-0 win over East Iberville in quarterfinals; 42-25 win over Oberlin in semifinals

Oak Grove’s Road To The Dome:  Bye in first round; 53-6 win over East Beauregard in second round; 55-34 win over Homer in quarterfinals; 41-0 win over Logansport in semifinals

The Oak Grove Tigers, under head coach Ryan Gregory, have been dominant on offense in its last three playoff games winning by a combined score of 149-40. The Tigers have one of the biggest offensive and defensive lines not just in 1A, but throughout the whole state as well. Offensively, the Tigers will rely on its star athlete Otis Moore, who can impact a game at all three phases of the football, especially at running back running behind a big offensive line. Quarterback Braden Sullivan has done a great job commanding the offense throwing 15 touchdown passes this season. On defense, the Tigers are almost near impossible to block on the interior as its two defensive tackles in Kenean Caldwell and Burt Hale are both DI commits at 320 pounds each with Caldwell committed to Kansas and Hale committed to Louisiana Tech.

While the Oak Grove Tigers will try and beat you with size, the White Castle Bulldogs will try to beat you with speed. Quarterback Javier Batiste is one of the best athletes that you will see in the state at the quarterback position combining for 2,609 total yards of offense and 27 total touchdowns. Like Ronald Martin (White Castle/LSU) before him, Batiste is looking to lead the team to a state championship. Batiste’s trusted sidekick is Marcus Williams, who has over 1,500 yards rushing on offense and also 56 tackles on defense. When Batiste is throwing the football, he is often looking towards Alex Brown’s way with 23 catches for 367 yards. Even though White Castle may be experiencing its first state championship appearance in over eight seasons, the program’s head coach Aaron Meyer has been a part of state championship teams when he played at John Curtis.

Win-Loss Records For Class 1A Picks (At Conclusion of Semifinals):