Road to the Dome: LHSAA Class 1A Semifinals Preview 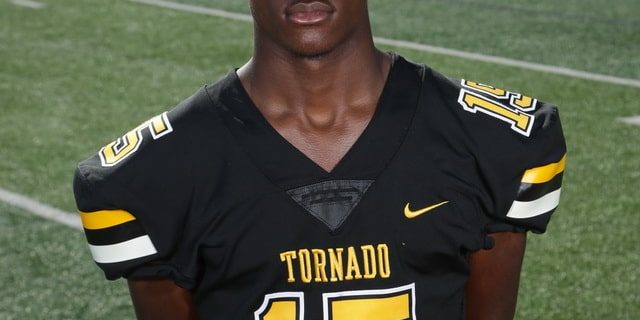 Road to the Dome: LHSAA Class 1A Semifinals Preview

23 teams are down and there are only four more left to go. Four teams remain standing and all four of these teams have one goal in mind. That goal is to be one of nine teams in the end holding a state championship trophy in the Mercedes-Benz Superdome with the Queen smash hit “We Are the Champions” playing in the background. For Louisiana football fans, this is the most wonderful time of the year. It is our version of “March Madness”. This year, we got you covered as for the next couple of weeks, we will go through all of the matchups from 1A all the way to 5A private and public each and every week leading up to the All-State Sugar Bowl/LHSAA Prep Classic from December 6th-8th. Louisiana Football Magazine’s expert Lee Brecheen has seen all of these teams play and gives his insight on which teams will survive and continue their march to the Superdome. Today, we preview the Class 1A public division semifinal playoff matchups. This week, we will find out which teams will be battling it out for the Class 1A state championship.

Jace’s Game Preview: For the first time in the playoffs, the Oak Grove Tigers had some trouble after shutting out the Slaughter Community Charter Knights 44-0 in the second round. The Tigers faced a good Oberlin High School Tigers team in the quarterfinals and it was a defensive slugfest in the sloppy weather, but in this time of year, it is about who hangs on to advance to the next round and it was the tough Oak Grove defense that prevailed 14-8. The West St. John Rams had a familiar opponent in their quarterfinal matchup facing the Logansport High School Tigers. This was a matchup that featured the last two Class 1A state champions. This was also a game that was a rematch of the semifinals where the Rams prevailed to get to the Dome last year. In this game, the build up and hype was all as expected. First it was the Tigers that struck first leading by 17, but the Rams ended up scoring 24 points compared to Logansports’ six points the rest of the game and that was the difference with the Rams winning once again in a classic battle 24-23. Now, it brings up the matchup between two of Class 1A’s best. The Tigers are back in the semifinals for the fourth consecutive year, but are looking to get back to the Superdome for the first time since 2004. The West St. John Rams are looking to go back to the state championship for the second consecutive season to try and repeat their state championship victory from the season before. The Tigers will be playing at home, but the Rams’ experience and talent could be the biggest factor.

Lee’s Pick: “West St. John has been under the radar all year long, and now, they are healthy. I think if this was the Oak Grove team a couple of years, they would beat West St. John, but Oak Grove is a younger team this year. I am going to go with West St. John. Most of these guys started in the Dome last year.”

Cameron’s Game Preview: Both of these teams are coming off big wins in the quarterfinals. Haynesville defeated Delhi 62-28 and Kentwood defeated Basile 44-14.  Like many other semifinals games, this one can go either way. The game being at Haynesville may be the difference.

Lee’s Pick: “If the game was at Kentwood, I would probably take the Kangaroos in a close win, but also, the LSU commit Trey Palmer is out for the rest of the year. That is taking away at least seven points away from Kentwood against a Haynesville team that is only giving up 14 points a game anyway. Haynesville’s great defensive line led by LSU commit Joseph Evans is probably the best in 1A and on offense, the Tornadoes will kill the clock and control the time of possession. Haynesville does a great job of minimizing athletic teams. Kentwood has some good athletes, but I think Haynesville can win this game by a couple of touchdowns.”