Road To The Dome: LHSAA Class 1A Second Round Recap 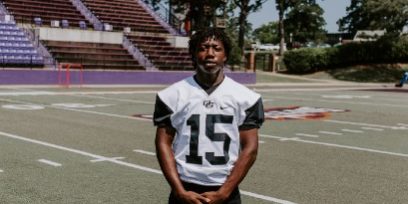 Road To The Dome: LHSAA Class 1A Second Round Recap

16 teams played in the second round of the Class 1A playoffs and only eight of those teams will advance to the next round. For the eight teams that lost this week, their season is over, but for the eight teams that move on to the next round, those particular teams have one goal. That is to be one of nine teams in the end holding a state championship trophy. For Louisiana football fans, this is the most wonderful time of the year. It is our version of “March Madness”. This year, we got you covered as for the next couple of weeks. We will go through all of the matchups from 1A all the way to 5A each and every week leading up to the All-State Sugar Bowl/LHSAA Prep Classic from December 13th-14th. We weren’t able to get in our 1A playoff preview before the games started, but we will give you a quick recap of the games and what actually went on before we give out our quarterfinal and semifinal previews at the start of this week.

Game Recap: After a bye in the first round, the West St. John Rams start their pursuit of its second state championship in three seasons against the LaSalle Tigers. The Rams showed no rust against the Tigers as Coach Brandon Walters’ group dominated from start to finish with a 44-0 victory. Senior quarterback D’Andre Gaudia only completed six passes, but two of those completions resulted in touchdowns and he also had 153 yards through the air. On the ground, running backs Wantrell Williams and D’Kyri Jackson combined for 270 rushing yards and five touchdowns. While the Rams’ offense was controlling their side of the football, the defense was just as dominant only holding the Tigers’ offense to only 125 total yards of offense.

Game Recap: In a battle of the Tigers, it was the Logansport Tigers that were victorious over the Montgomery Tigers 42-6 in dominant fashion. This was Logansports’ second victory of the season over Montgomery as the two met earlier this season in a 20-6 result.

Game Recap: The Homer Pelicans overcame an early 21-7 deficit in order to pull out a 41-34 victory against the Centerville Bulldogs. For the Pelicans, it was big plays that were the catalyst in the victory as there were two big kickoff returns that set up two touchdowns, a 70 yard touchdown run on third and 14, a 93 yard fumble return for a touchdown, and finally, a 40 yard pass play on fourth and one to bleed the clock and clinch the victory. For the Bulldogs, under Mark Millet, it was the best season in school history hosting a playoff game for the first time in program history. For the Pelicans, under head coach Richie Casey, the team moves onto the quarterfinals.

Game Recap: After the Oak Grove Tigers fell just short of a Class 1A state championship last season against the Kentwood Kangaroos, the Tigers start their road back to the Super Dome with an impressive 53-6 victory over the East Beauregard Trojans. The Trojans and the sloppy, wet conditions could not slow down the Tigers’ high powered rushing attack.

Game Recap: The White Castle Bulldogs had a little bit of a rusty start after having a bye in the opening week of the playoffs. After a slim 6-0 lead over the Delta Charter Storm and with their quarterback Javier Batiste being held out of the game because of injury, running back Marcus Williams stepped up to the challenge for the Bulldogs by running for three touchdowns to help give White Castle a comfortable 26-0 lead. The Bulldogs ended up scoring one more touchdown run from backup quarterback Tahj Favorite to wide receiver Keith Landry in order to make it 32-0. The Storm scored on a 35 yard touchdown run from its quarterback Kavarius Whitehead, but that was it as the White Castle Bulldogs advance to the quarterfinal round of the playoffs with a 32-6 victory.

Game Recap: After clinching its first round playoff bye in school history, the East Iberville Tigers survived a scare defeating the Grand Lake Hornets 28-20 in overtime. For the Tigers, this is the third straight season under Coach Ron LeJeune that the program has won a playoff game, and also, this is the first quarterfinal appearance in program history. The win will set up a rematch with district rival White Castle, which defeated the Tigers earlier this season.

Game Recap: The Basile Bearcats defeat the Haynesville Golden Tornadoes 28-27 in the second round of the playoffs to advance to the Class 1A Quarterfinals.

Game Recap: The Oberlin Tigers continue its undefeated season by improving to 11-0 on the year by shutting out the Gueydan Bears 42-0 and advancing to the Class 1A Quarterfinals setting up a matchup with district rival Basile.

Win-Loss Records For Class 1A Picks (At Conclusion of Second Round):