Road to the Dome: LHSAA Class 1A Second Round Preview 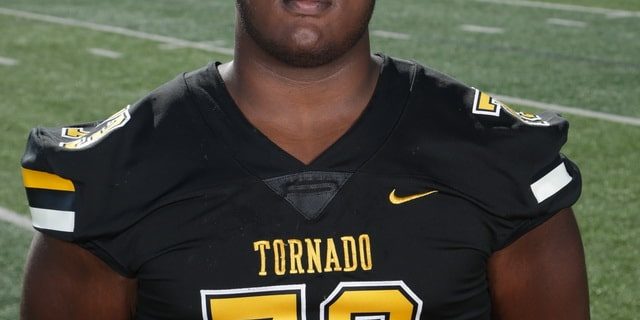 Road to the Dome: LHSAA Class 1A Second Round Preview

11 teams are down and there are 16 more teams left to go. All 16 teams have their own strengths and weaknesses, but they all have one goal in mind. That is to be one of nine teams in the end holding a state championship trophy in the Mercedes-Benz Superdome with the Queen smash hit “We Are the Champions” playing in the background. For Louisiana football fans, this is the most wonderful time of the year. It is our version of “March Madness”. This year, we got you covered as for the next couple of weeks, we will go through all of the matchups from 1A all the way to 5A each and every week leading up to the All-State Sugar Bowl/LHSAA Prep Classic from December 6th-8th. Louisiana Football Magazine’s expert Lee Brecheen has seen all of these teams play and gives his insight on which teams will survive and continue their march to the Superdome. Today, we preview the Class 1A public division second round playoff matchups.

Jace’s Game Preview: After a week’s rest due to the bye, the number one seed Oak Grove Tigers will begin their state championship run this Friday against Slaughter Community Charter. The Slaughter Community Charter Knights had their first playoff win in the program’s young football history this past Friday against LaSalle 26-21. A lot of credit goes to Head Coach Devyn Baker for leading this team. However, they will have a huge challenge this week of going to Oak Grove to face the number one overall seed in the Class 1A playoffs.

Lee’s Pick:  “Slaughter Charter is coming off of their first playoff win, but Oak Grove just has too much for Slaughter to handle so I am going to go with Oak Grove.”

Lee’s Pick: “I am going to say Jonesboro Hodge is going to win this game. I believe they are the more talented team and I think that they will hit on some big plays and win this game.”

Jace’s Game Preview: The West St. John Rams will begin their Class 1A state championship title defense this Friday against the Homer Pelicans after getting the first week off due to a bye. The Pelicans had an impressive win over a good Elton team and really dominated the game from start to finish with a 44-6 victory. Now, their biggest challenge will be to go on the road to face the defending Class 1A state champion West St. John Rams.

Lee’s Pick: “Homer has a bit of a surprising record this year just because they don’t have a lot of players. A lot of credit goes to the coaching staff and players, but West St. John will be too much for them to handle.”

Jace’s Game Preview: The Logansport Tigers will look for their second Class 1A state championship in three years and are also coming off of their third straight undefeated regular season. Even though a potential Class 1A semifinal rematch against the West St. John Rams could await in the next round, the Tigers must not overlook the Gueydan Bears. The Bears’ first round opponent was the Centerville Bulldogs. The two teams played earlier in this season with the Bears dominating 45-6. The rematch in the playoffs was a lot closer and the Bulldogs made it a game for a while, but the Bears pulled away in the end 40-28. This time, the Bears will have to travel to Logansport to play one of the elite programs in Class 1A.

Lee’s Pick: “Logansport is loaded with players this year. On paper, this is a more talented team than the 2016 Logansport state championship team. It is going to be too much for Gueydan to overcome.”

Lee’s Pick: “Kentwood will win and it shouldn’t be close. Kentwood does have some injuries, but still, it shouldn’t be a close game. Merryville has done a great job, but there is too much talent and speed for them to handle in this game.”

Lee’s Pick: “This is a pretty equal game. Montgomery has a good senior quarterback and Basile has a really good senior running back. It’s a toss up, but I am going to go with Basile since it the game will be played at their stadium.”

Cameron’s Game Preview: Delhi is coming off a statement win against North Central with a final score of 54-0.  East Iberville defeated Arcadia 22-16 in the first round. East Iberville has been able to slow some offenses down during the season and they will have to do the same this week to move to the quarterfinals.

Lee’s Pick: “This is also a flip of a coin game. I am only going to go with Delhi since they will be the home team. It should be a good game.”

Lee’s Pick: “It’s a great job of Sicily Island for getting back to the playoffs and no disrespect to Sicily Island, but Haynesville will be too much for them to handle and should win this game by halftime.”