Road To The Dome: LHSAA Class 1A Quarterfinals Preview 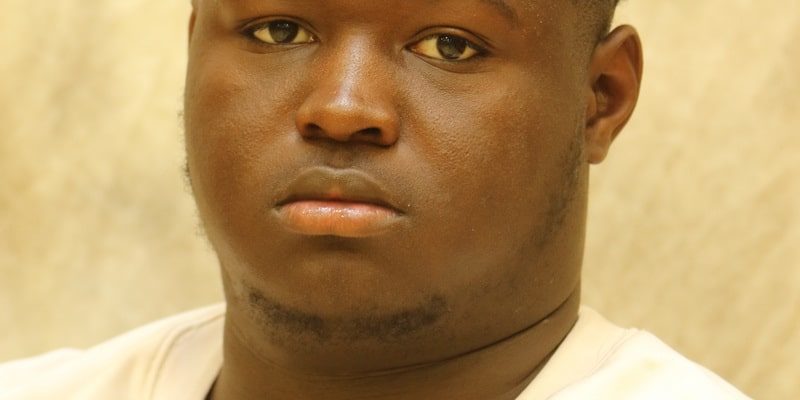 Road To The Dome: LHSAA Class 1A Quarterfinals Preview

16 teams are down and there are 8 more teams left to go. All 8 teams have their own strengths and weaknesses, but they all have one goal in mind. That is to be one of nine teams in the end holding a state championship trophy. For Louisiana football fans, this is the most wonderful time of the year. It is our version of “March Madness”. This year, we got you covered as for the next couple of weeks, we will go through all of the matchups from 1A all the way to 5A each and every week leading up to the All-State Sugar Bowl/LHSAA Prep Classic from December 13th-14th. Louisiana Football Magazine’s recruiting expert Lee Brecheen and editor Jace LeJeune give their picks on which teams will survive and continue their march to the Super Dome. Today, we preview the Class 1A Quarterfinal matchups.

Game Preview: Over the last two seasons, it was the West St. John Rams that ended the Logansport Tigers’ season in the playoffs. The Tigers hope that the third year is the charm after losing the last two seasons. Both the Tigers and the Rams have been waiting for these big games after playing against some tough non-district teams this season. The West St. John Rams have a lot of talent under head coach Brandon Walters, and have been battle tested this season playing the likes of St. James, McDonogh 35, Salmen, Plaquemine, Riverside Academy, and Country Day in its non-district schedule. Offensively, four year starting quarterback D’Andre Gaudia leads the way as he is looking for his second state championship as the team’s starting quarterback. Gaudia will have talented receivers to throw the football to in Trenton Grow, who at 6-3, 190 pounds, has received offers from ULM, South Alabama, Southern Miss, Tulane, and UAB, Aaron Moll, who is also 6-3, and versatile playmaker D’Kyri Jackson. Defensively, the Rams are led by linebacker Wantrell Williams, DE Zyron Wilson, and a talented secondary. In terms of athletes, this is arguably the most talented in the entire bracket. Luckily for the Tigers, under head coach Kevin Magee, the team has also been battle tested playing the likes of Sterlington, North Webster, Bossier, Woodlawn (Shreveport), and Mansfield. While the Rams like to throw the football, the Tigers are more run heavy relying on fullback Matthew Woods and running back Xavier Simpson while running behind an experienced offensive line. The Tigers rotate two different quarterbacks, but the offense does have two explosive players to throw to in the passing game with Key’savlykn Barnes and Patrick Mims. The question is if the Tigers can use their experience playing bigger teams in order to get past the road block, which has been the Rams in order to get to the state championship.

Game Preview: The Oak Grove Tigers continue its pursuit to get back to the Super Dome against the upset minded Homer Pelicans. The Tigers, under head coach Ryan Gregory, did not show off any rust last week in the team’s first playoff game after the bye week defeating the East Beauregard Trojans by a score of 53-16. Meanwhile, the Pelicans, under first year head coach Richie Casey, pulled out an upset victory over number five seed Centerville Bulldogs 41-34 thanks to plenty of big plays produced by the Pelicans. This matchup between the Tigers and the Pelicans features two heavy ground attacks. The Tigers will rely on its big offensive line and dynamic running back Otis Moore while the Pelicans will rely on its athletic quarterback-running back duo of Kemontaveous “Money” Grant and Star Thomas. The biggest matchup will be up front as the undersized Homer offensive front will go up against the likes of Kansas defensive tackle commit Kenean Caldwell and Louisiana Tech defensive tackle commit Bert Hale, who are both over 320 pounds. If the Pelicans’ offensive line can hold its own against the tenacious Tigers defensive front as well as give its skill athletes space, then the Pelicans have a chance of pulling the upset. However, if the Tigers can show its dominance up front, it could also be a long game for the Pelicans.

Game Recap: Two district rivals in the White Castle Bulldogs and the East Iberville Tigers meet in a rematch of a crazy finish earlier in the regular season. In the earlier matchup, it was the Bulldogs that prevailed in a tough 22-20 football game. Now, the stakes have risen with both teams having one of their best seasons in school history. The Bulldogs are having their best season since 2010 when the team won the Class 1A state championship while the Tigers are having its best season ever under head coach Ron LeJeune advancing to the quarterfinals for the first time in program history. Just when the Bulldogs had a great athlete at quarterback that championship season in former LSU safety Ronald Martin, the Bulldogs also have a great athlete at quarterback now in Javier Batiste, who has 1,000 yards passing and 1,000 yards rushing this season. The biggest key in this game is the health of Batiste, who was injured in the Bulldogs’ 32-6 win over Delta Charter. If the Tigers can contain Batiste and control the time of possession on offense, it is most likely that the Tigers will advance to the semifinals. However, if Batiste and the Bulldogs’ offense can make plays in space, it could also be a similar result as in the prior matchup.

Game Preview: Like in the East Iberville-White Castle matchup, the Oberlin Tigers and the Basile Bearcats are familiar district rivals that will meet up the second time this season. The first time these two teams met was just only a couple of weeks ago in the season finale as the Tigers dominated winning by a final score of 41-13. Even though the Tigers dominated the first time, the second time around could be a much tougher game as the Bearcats have played their best football first defeating the Lincoln Prep Panthers 49-35 and then pulling off the upset against the Haynesville Golden Tornadoes by a final score of 28-27. The Bearcats’ bread and butter is the ground game as running backs Logan David and Isaiah Ceaser make it tough for any defensive front. The Oberlin Tigers have yet to show any weaknesses as the team has been dominant with the coach’s son Levi Peloquin at quarterback along with 15 other seniors to lead the team to a current undefeated season. However, if there is a weakness on this Oberlin team, it would have to be the fact that the team has yet to be tested as the Tigers have outscored opponents 426-117. It would be interesting to see what would happen if the Bearcats keep it close with the Tigers and see how the Tigers would respond.

Win-Loss Records For Class 1A Picks (At Conclusion of Second Round):