Road to the Dome: LHSAA Class 1A Quarterfinals Preview 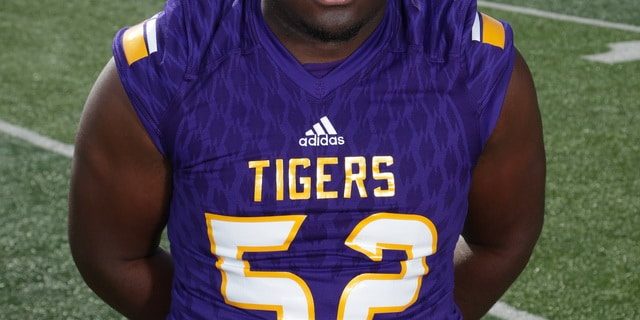 Road to the Dome: LHSAA Class 1A Quarterfinals Preview

19 teams are down and there are 8 more teams left to go. All 8 teams have their own strengths and weaknesses, but they all have one goal in mind. That is to be one of nine teams in the end holding a state championship trophy in the Mercedes-Benz Superdome with the Queen smash hit “We Are the Champions” playing in the background. For Louisiana football fans, this is the most wonderful time of the year. It is our version of “March Madness”. This year, we got you covered as for the next couple of weeks, we will go through all of the matchups from 1A all the way to 5A each and every week leading up to the All-State Sugar Bowl/LHSAA Prep Classic from December 6th-8th. Louisiana Football Magazine’s expert Lee Brecheen has seen all of these teams play and gives his insight on which teams will survive and continue their march to the Superdome. Today, we preview the Class 1A public division quarterfinal playoff matchups.

Jace’s Game Preview: The Oak Grove Tigers looked sharp in their first round playoff game with a 44-0 victory over the Slaughter Community Charter Knights. The Tigers showed their dominance as the number one seed and now, they will have a bigger challenge in the quarterfinals facing a team that is coming off a big victory. The Oberlin Tigers had one of the most impressive wins in the bracket going on the road facing one of the most talented Class 1A teams in Jonesboro Hodge and escaping with a 23-22 victory.

Lee’s Pick: “Oak Grove is going to win this game. Oberlin keeps winning every year and they have a great proud tradition, but Oak Grove has a lot of talent and it is just not a great matchup for Oberlin.”

Jace’s Game Preview: Both the Logansport Tigers and the West St. John Rams had dominant performances after their first round byes. The Tigers and the Rams did not look ahead to the big time quarterfinal matchup with the Tigers defeating the Gueydan Bears 48-0 and the Rams defeating the Homer Pelicans 49-8. This quarterfinal matchup is one of the most intriguing matchups regardless of classification as this is a rematch of last year’s Class 1A semifinal matchup. In last year’s game, it was the West St. John Rams that prevailed over the Tigers 34-18. This game should be on everybody’s radar as the last two defending Class 1A state champions will face off in a high profiled showdown.

Lee’s Pick: “This is the best game out of the whole classification. It is unfortunate that one of these teams going to have to lost this game. Logansport is very talented and maybe more talented than their state championship team two years ago. West St. John is very talented as well. I am going to go with Logansport. I think they are on a mission to get back to the Dome and I am only giving the edge in this game because it is at their place.”

Cameron’s Game Preview: In the second round of the playoffs, Kentwood had a big win over Merryville by a score of 34-6. Basile was in a shootout with Montgomery and came out with a 63-40 win. Both of these teams can really score so it might come down to which team has the ball last.

Lee’s Pick: “Basile has had a good year. They are well coached and get most out of their talent, but Kentwood has way too much for them so I am going to go with Kentwood.”

Cameron’s Game Preview: Haynesville had a big win over Sicily Island outscoring the Tigers 47-6. Delhi enters this game after a 30-12 win over East Iberville in the second round. Delhi is in a tough spot having to go on the road for this quarterfinals matchup.