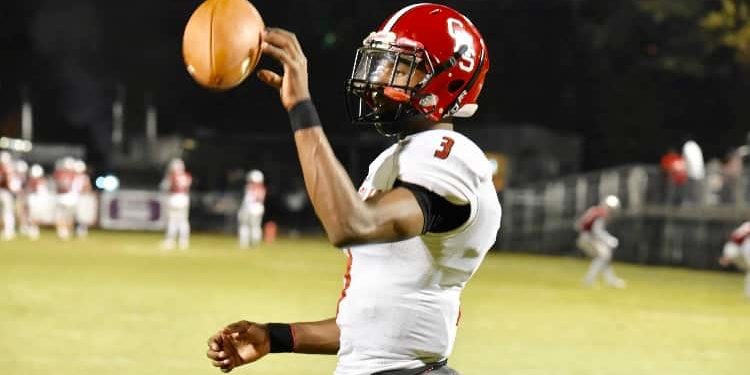 Eight teams played in the Quarterfinals of the Division III playoffs and only four of those teams will advance to the next round. For the four teams that lost this week, their season is over, but for the four teams that move on to the next round, those particular teams have one goal. That is to be one of nine teams in the end holding a state championship trophy. For Louisiana football fans, this is the most wonderful time of the year. It is our version of “March Madness”. This year, we got you covered as for the next couple of weeks. We will go through all of the matchups from 1A all the way to 5A each and every week leading up to the All-State Sugar Bowl/LHSAA Prep Classic from December 13th-14th. We weren’t able to get in our Division III playoff preview before the games started, but we will give you a quick recap of the games and what we originally picked to win before we give out our quarterfinal and semifinal previews at the start of this week.

Game Recap: The Lafayette Christian Academy Knights started their pursuit for its third consecutive state championship with a dominating 42-7 win over the Holy Savior Menard Eagles. It was the Knights’ night from start to finish as the offense scored three touchdowns in its first four drives and the defense scored two touchdowns of their own to take a 35-7 at halftime. As a result, the Knights did not look back. Quarterback Errol Rogers Jr. only had four pass attempts, but he completed all four of those passes for 64 yards and a touchdown. He also added a touchdown run of his own. Running back Logan Gabriel had 84 yards rushing on nine carries. The biggest storyline was the dominant performance that former LSU All-American linebacker and LCA coach Trev Faulk would be proud of as the defensive side of the football accounted for more touchdowns than the Menard offense scored all game while only giving up 35 total yards of offense.

Game Recap: The Dunham Tigers and the Isidore Newman Greenies play in primetime on Yurview, and both teams put on a show as expected. Early on, it was the Greenies that jumped up on top after Newman’s Will Hardie forcing an Anthony Safford fumble, which was recovered by James Downing for a touchdown in order to give the Greenies a 7-0 lead. However, Safford bounced back when he completed a 25 yard touchdown pass to wide receiver Joshua Hardy and then a second touchdown pass to Gabe Hitzman in order to give Dunham its first lead at 15-7. The Dunham defense did a great job of frustrating the explosive Newman offense to just a field goal in the first half. After a Newman field goal, Dunham responded once again with another touchdown connection from Safford to Hardy to extend the lead to 22-13. Newman quarterback Arch Manning got the Greenies back on the board with an one yard touchdown run to make it 22-20, but that was as close as it was going to get as Dunham was able to run out the clock and get the victory. Dunham’s athletic quarterback Anthony Safford had an up and down game as he threw two interceptions and was responsible for a fumble that was returned for a touchdown, but however, he also threw for three touchdowns. His offensive sidekicks also had great games as running back Kalante Wilson ran for 200 yards and Joshua Hardy had four catches for 80 yards and two touchdowns. Defensively, the Dunham defensive front was sneakily the MVP of the game putting pressure on freshman sensation QB Arch Manning to only 71 yards passing and giving up only 170 yards of total offense. It was a great performance by Coach Neil Weiner’s group as the Tigers advance to the semifinals for the first time since 2004.

Game Recap: Early on, the number three seed St. Charles Catholic Comets were trying to shake off the rust after having a bye in the first round of the playoffs. The Episcopal Knights started the game strong and actually took the lead at 15-14 thanks to a touchdown pass from quarterback Dylan Mehrotra to Thomas D’Armond. However, it was all St. Charles Catholic after that as the Comets scored 26 unanswered points. The scoring spree started with the Comets defense when Eli Ory forced a Mehrotra fumble, and was picked up by Tulane commit Mason Narcisse for a touchdown. What followed after that was an eight yard touchdown run from Justin Dumas, an interception from Riley LeBlanc, a second touchdown from Keenan Gauff, and the Comet defense came up with another score when Brandon McDonald recovered a fumble in the end zone. The Comets pulled away from the Knights 40-15 to advance to the Division III semifinals.

Game Recap: The Catholic-New Iberia Panthers and the Notre Dame Pioneers seem to play in great games every season, especially in big playoff games, and this game was no different. The Panthers were first to score as the special teams made a big play blocking a punt and recovering the ball in the end zone to put Catholic-New Iberia up at 7-0. Notre Dame responded with a special teams splash play of their own with Jack Faulk returning the ensuing kickoff 99 yards for a touchdown to tie the game at seven. Then, Catholic-New Iberia’s senior quarterback Trey Amos scored in from five yards to break the tie and give the Panthers their second lead of the game at 14-7. The Panthers added on a field goal to extend their lead to ten at 17-7. Still, like good teams do, the Pios respond by scoring 14 unanswered points from running back Dominic Thibodeaux to give Notre Dame its first lead at 21-17 entering the fourth quarter. It looked like Notre Dame was going to extend its lead when the defense intercepted Amos’ pass 80 yards for a touchdown, but the touchdown was called back due to a pass interference penalty. Amos would later break loose scoring on a 45 yard touchdown run to give the Panthers back the lead at 24-21. That touchdown run would go on to be the difference maker as the Catholic-New Iberia Panthers would hold on to defeat Notre Dame and end their pursuit of a second straight Division III state championship with that final score of 24-21. UL commit Trey Amos was the difference as he ran for 157 yards and two touchdowns on 20 carries.

Win-Loss Records For Division III Picks (At Conclusion of Quarterfinals):