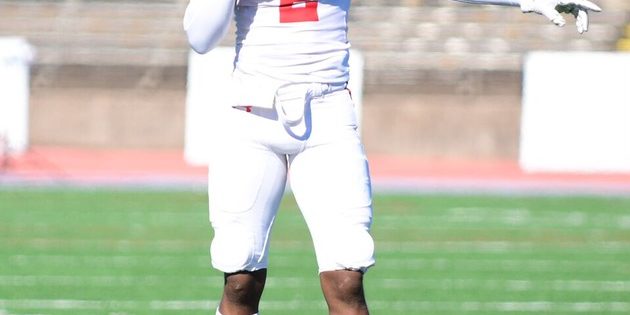 Well, here we are. We have reached the final destination for the private schools when it comes to the Road to State. 12 teams had one goal in mind and that goal is to be one of nine teams in the end holding a state championship trophy. Now, ten teams’ seasons are over and there are only now only two teams standing. Both teams had a long journey to get to this point, but now, only one team will get the taste of sweet victory while the other team will suffer the agony of defeat. The Louisiana high school football stage does not get any brighter than this. In this game, the Archbishop Rummel Raiders will face off against the Catholic High School (B.R.) Bears for the Division I state championship crown. Both of these teams have shown that they have what it takes to win the state championship, but which of the two teams will be able to get the win in the end? Well, Louisiana Football Magazine’s recruiting guru Lee Brecheen and editor Jace LeJeune give their predictions on will claim the right as state champion.  This week, we will get you all covered in what you need to know for the Division I state championship game.

Archbishop Rummel’s Road To State: Bye in first round; 35-34 win over St. Augustine in quarterfinals; 37-27 win over Brother Martin in semifinals

Catholic High School’s Road To State: Bye in first round; 28-10 win over St. Paul’s in quarterfinals; 14-0 win over John Curtis in semifinals

Game Preview: Just a season ago, both the Archbishop Rummel Raiders and the Catholic High School Bears played in the semifinals for a chance to go to the state championship, and the Bears came out with a game winning field goal. Now, fast forward a year later, and both teams are undefeated fighting each other once again for a chance to win the Division I state championship. The Raiders want to flip the script on the Bears after the team lost last season and also the 2015 Division I state championship on a game winning kick.

The Raiders, led by first year head coach Nick Monica, have been dominant only giving up only 39 points in the regular season. The Raiders have one of the best secondaries in the state led by Vanderbilt commit Donovan Kaufman, senior safety Quinton Cage, three star cornerback prospect Gavin Holmes, and Malik Woodery, who leads the team in interceptions with six. Offensively, the Raiders are well balanced as the team can throw the football with junior quarterback Kyle Wickersham, who is the son of former LSU quarterback Jeff Wickersham. Wickersham has thrown for 1,595 yards and 17 touchdowns with most of those yards going to LSU wide receiver commit Koy Moore and Ivory Wilright. Not only the Raiders can throw the football, but they can run the football with Jaelen Sturgis and Logan Diggs carrying the load. From top to bottom, there are not a lot of teams that can compete with the Raiders, but fortunately, there is one team that is more than capable of beating this team, and that is the Bears.

The Bears, under head coach Gabriel Fertitta, have advanced to its third straight championship appearance ever since Fertitta has taken the job, including winning the Division I state championship back in 2017. Like the Raiders, there are few weaknesses on the Bears squad. Offensively, this is one of the most dominant groups in the state as an incredible 21 different players have scored at least one touchdown this season. Senior quarterback Jackson Thomas has thrown 23 touchdowns and junior quarterback Landon O’Connor has become a dynamic threat when he comes in as a runner. The Bears may not have a Derrius Guice (LSU/Washington Redskins) or a Clyde Edwards-Helaire (LSU) running the football, but what the team does have is plenty of different options that can run the football including Josh Parker, who has ran for 1,090 yards and 13 touchdowns this season. Jalen Toaston is the Bears’ top receiver with 34 catches for 654 yards and eight touchdowns. An X-factor to watch out for in this game is senior do-everything playmaker Braelen Morgan, who can impact the game whether it is running, receiving, or even on special teams as a returner. Not only the Bears have been explosive on offense, but at times, have shown to be just as impressive on defense. In fact, the Bears shut out the John Curtis Patriots last week for the first time in 18 years. The defensive side of the football is led by Army commit Connor Finucane, who is capable of taking over a game.

Win-Loss Records For Division I Picks (At Conclusion of Semifinals):