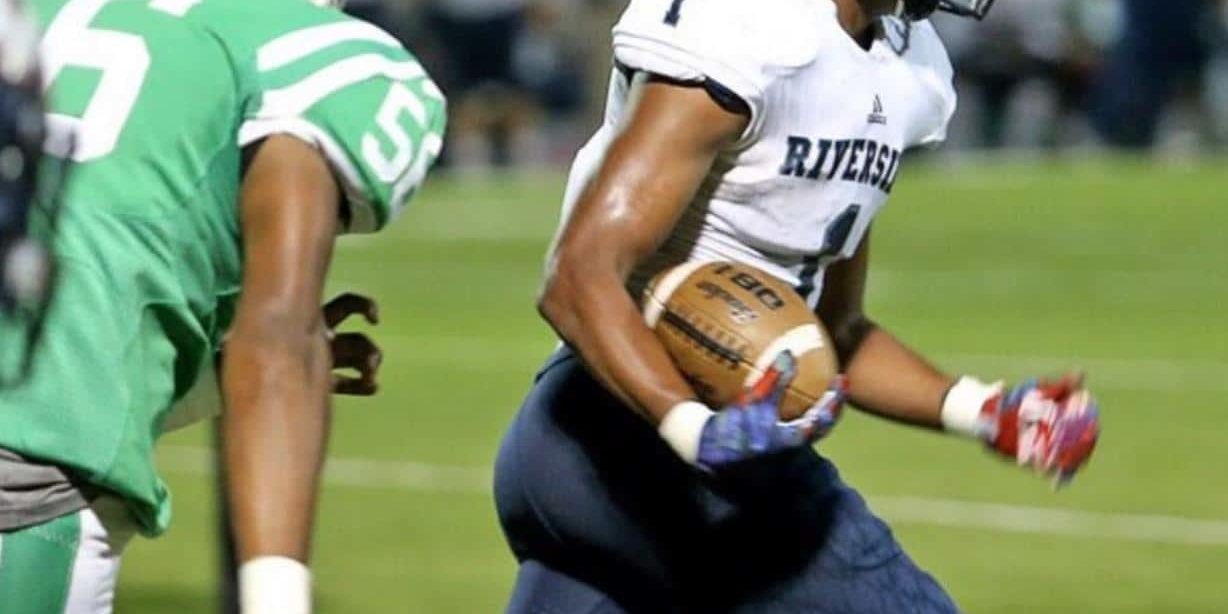 After the 2017 season Riverside lost almost half of their team to graduation. With a young team going into this upcoming season, expectations are low except for the players in the locker room. Riverside Academy senior WR Kash Foley believes that with the players they have this year, they can prove some people wrong.

“Most people think we are going to be horrible because we lost most of our team to graduation,” Foley said. “My team expectation this year is to prove them wrong.”

This will be a challenge for the team, but it can be done with Foley as a leader. Going into his fourth season as a varsity starter, Foley looks to put the pressure on his shoulders and be the leader that the team needs to have a successful season. When asked what his expectations are for himself this year, he simply says, “Be a leader.” Foley has the skill set and mentality to be that leader on and off the field.

Every Friday when Riverside steps on the field, they will know that they have, more times than not, the best athlete on the field in Foley. Foley sets himself apart by having great hands and good route running. He also spoke about a few other attributes that make him a great receiver.

“I have great instincts when catching the ball,” Foley said. “I catch the ball away from my body and turn up the field quickly with good speed.”

These skills led Foley to All-District, All-Metro, and All-State honors after his junior campaign.

“Kash Foley was one of the best playmaker wide receivers I saw in South Louisiana in 2017,” Brecheen said. “I saw Foley play in person the game between Riverside and Barbe. This kid was the best player on the field that night.”

That night, Foley had three receptions for 184 yards and a touchdown.

Brecheen goes on to say, “He is fast, has great hands, and has great moves after the catch. He is also a smooth runner with so much untapped upside for the college level.”

Foley got this good by studying one of the best receivers in the NFL currently in Odell Beckham Jr. (Newman/LSU/New York Giants) along with Calvin Ridley (Alabama/Atlanta Falcons).

“I study them because they are both great route runners,” Foley said. “They have such great passion for the game also.”

Modeling his game after these guys will make him attractive to many colleges in the country.

Brecheen believes that Foley is a no-brainer D-I athlete and that shows with the offers that he has received. Foley has received offers from Kansas, Kentucky, Western Kentucky, and Arkansas State among others. He has also gotten interest from schools such as Tennessee, Mississippi State, Arizona State, and LSU.

With Riverside rebuilding as a whole, Kash Foley looks to make a statement and impress their fans with the team’s success along with D-I colleges from all around the country.