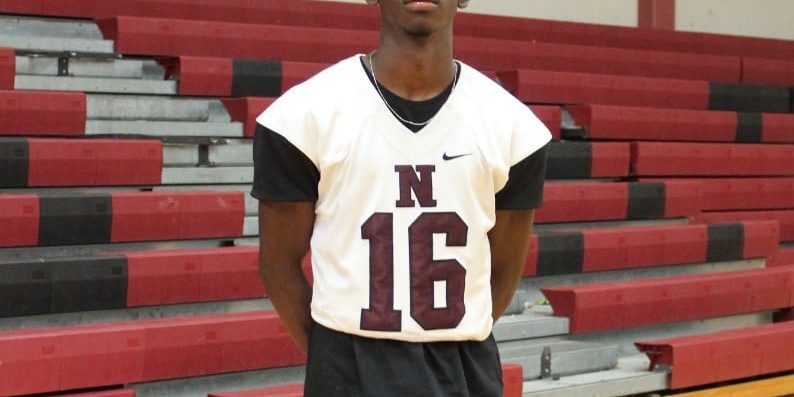 Northwest High School has been a strong force in District 5-3A for a few years now, showing consistent prominence against competition such as Church Point, Eunice, and Crowley. Last season, the Raiders finished the regular season 7-3, winning their games by an average of 24 points per game. An enormous anchor for the Raiders’ offense was 6-1, 161 pound wide receiver August Pitre being a nightmare for opposing defensive coordinators. Over the course of his senior season, Pitre finished with 765 yards receiving yards on 30 catches and 10 touchdowns.

Pitre was blessed with God-given athletic ability that cannot be coached. Throughout his high school career, Pitre played for the basketball program at Northwest High School and been a key contributor to his team averaging over 16 points per game. To go along with what he has done on the gridiron, Pitre has received recruiting attention for his production on the hardwood.

“I had a couple of Division I offers in basketball and gained interest from some Ivy League schools for basketball,” Pitre said. “I played basketball all throughout high school and well, but recruiting with football took off during my junior year. I began to get more interest in football and I figured to put more of my focus on that.”

Since starting football, Pitre played a bevy of positions such as running back, quarterback, cornerback, and eventually receiver. In high school, Pitre’s primary position was wide receiver and excelled at being a force on the outside for Northwest. Pitre says wide receiver has been the most enjoyable position for him personally.

Pitre is the type of players that elevates his game when the competition is at its highest delivering his best when his best is needed.

“Whenever my team is against the wall, my team looked to me to make a play,” Pitre said. I was always willing to step up to the plate against the best competition we faced.”

Pitre relished the leadership role and being the figure his peers could look to win a play is needed. Though it was different at first for Pitre to adjust to, he managed to be the constant player to make a difference for Northwest.

“In my junior year, I was looked at to be a leader for the team,” he said. “I was never a strong vocal leader, but always led by example because I would allow the seniors to be the vocal leaders. In my senior year, I had to be more of a vocal leader and try to get the best out of everybody on the team while delivering my best.”

Playing in District 5-3A provided stiff competition for Northwest in the final few weeks of the regular season, playing perennial powers such as Church Point and Eunice. Being the fierce competitor that he is, Pitre did not shy away from the tough oppositions week after week. In fact, Pitre embraced the challenge and used it as a tool to better his skill set.

“Playing against the level of competition I’ve played against for the past few years makes me more confident going into the next level that if I prepare myself and my body properly, I could perform at a high level,” Pitre said.

As Pitre reflects on what high football meant to him, he admits there will be nothing like putting on a show in front of his community on Friday nights.

“Nothing really compares to Friday nights,” Pitre said. “Playing in front of your hometown and playing with the same people I grew up is something I’m gonna miss a lot. Seeing the community come behind our team every week was very special to me and it won’t be the same in college.”

Moving on to the collegiate level, Pitre will be playing football at Rice University in Houston, Texas.

“When I went there, I fell in love with it,” Pitre said. “I also went on a visit to the University of Louisiana-Lafayette, but when I went to Rice, there was just a special feeling and I knew I wanted to go there.”

As Pitre looks forward to his next journey, he looks to improve his game and depend more of his skill and technique, opposed to his natural ability.

“Learning nuisances and finding alternative ways to get open and not just jumping over defenders will be something I look forward on focusing my game on,” Pitre said. “Once I adjust and soak in everything, I could be a great asset for my team.”