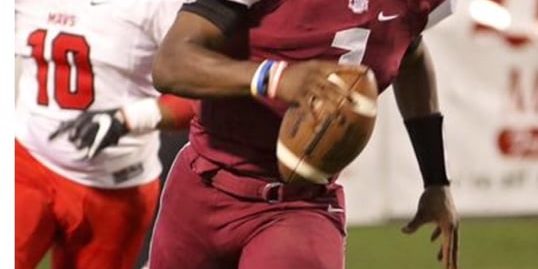 Just like the New Orleans area, the Monroe area has a lot of talented football players and teams. Teams like West Monroe, Neville, etc. have great players every year, but there are other schools like Ouachita Parish that also have players that are D-I. This season, Ouachita Parish QB/ATH De’Vion Warren had himself a great individual season. He accounted for over 2,500 yards of total offense and 39 total touchdowns in a very good district. The team itself had a very up and down season as the Lions went .500 and made the second round of the playoffs where they lost to a very good West Monroe team that made it all the way to the state championship game. Warren will leave the school as one of the best athletes to go through the football program and even though the season provided its ups and downs, he loved being a part of it with his teammates. He is not only a competitor but a playmaker when he has the ball in his hands. Warren was a dual threat as a quarterback and provided balance on offense. Defenses respected his running ability as well as his passing ability. As of right now, it looks like the star Ouachita quarterback is going to take his talents to play for the Arkansas Razorbacks. The question is if he will stay at quarterback or move to another position. Louisiana Football Magazine Editor and T.V. Host Lee Brecheen stated this about De’Vion Warren when he was named 2nd Team All-Louisiana in the preseason.

“De’Vion Warren is one of the top athletes in the Monroe area with his legit 4.5/40 speed,” Brecheen said. “He has a good arm, but I think that he would make a great corner or slot receiver and has the size to play both.”

An athlete like Warren can play at pretty much any position and it is up to the Razorbacks where they want to use his versatility. In today’s recruiting spotlight, De’Vion Warren talks about his high school career, recruiting, playing football in Monroe, the Razorbacks, and so much more!

Ouachita Parish QB De’Vion Warren has some fun on the sidelines. (Photo courtesy of Roxanne and Lavell Warren)

LAFM: You are committed to play at Arkansas. What is it about the Razorbacks that attracts you the most?

It just felt like home and the way the coaches interact with the players made me feel like that is the place for me.

I am getting recruited as an athlete, but I am not sure what position.

LAFM: What are your stats and accomplishments while playing at Ouachita?

Being able to read defense and extend the play are my strengths as a quarterback.

Being able to cut quicker and keep my flexibility and speed are areas that I need to improve on.

LAFM: Let’s talk about your senior season. The Lions had an up and down year going 6-6 and making it to the 2nd round of the playoffs. What is your take on the season?

We had a great season and the team was great as well as the coaches. It was a honor to play my last season and be able to make the playoffs.

LAFM: You played some great teams like Scotlandville, West Monroe, and Neville. What team stuck out most to you and why?

They are great teams. They are coached very well and all have great athletes. What stuck out the most about these teams was the way they stuck together as a team.

I don’t model my game after anyone. I like to be me.

LAFM: Who are some of the teammates that you want to give a shout out to?

I want to give a shout out to all of the offensive line, the running backs, and the coaches.

Don’t wait all season to commit. Take your visits and make sure you are interested in the school that’s right for you .

Watching football and listening to music is what I do before the game starts.

LAFM: What is something interesting that our readers don’t know about you?

I work out a lot and that I am somebody who listens to all kinds of music and food.

I workout and do foot work drills. I also watch football and ESPN a lot.

LAFM: Who are some people in your life that you are thankful for putting you in the position that you are in today?

LAFM: What does playing football at Ouachita Parish mean to you?

It means that I will always be a Lion and that I have a place to come back to and call home.
Categories: North La, Recruit Spotlight, Recruiting, Region, Top StoryBy StaffJanuary 6, 2017