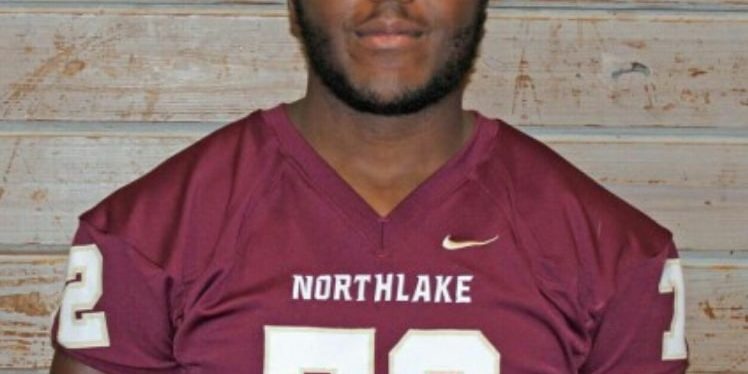 Northlake Christian DT Caleb Sampson is one of the best defensive linemen in Louisiana, and this state has been known to have some great defensive linemen over the years. Sampson is a big guy at 6-3, 270 and has the size as well as the versatility to play at the defensive tackle position or at defensive end. He has long arms and is very quick for a guy that is almost 300 pounds. Before the season began, he made our 1st team All-Louisiana team as a defensive lineman coming off from a great season in his junior year when he recorded almost 50 tackles, eight sacks, and even an interception for a touchdown. He is an athletic guy who does not just play football but plays basketball too. Sampson may not get as much attention as some of the other big time defensive line prospects because he plays at a small private school in Northlake Christian, but he is athletic and really talented. Not only is he talented but he does not take a play off. The Green Wave is going to get themselves a great football player. Louisiana Football Magazine Editor and T.V. Host Lee Brecheen had this to say about the star defensive lineman for the Wolverines.

“Caleb Sampson is a sleeper for Division I as a defensive lineman,” Brecheen said. “I saw him play as far back as 2014. He has really good feet and will have a chance to be a star defensive tackles at 6-3, 300 pounds over time.”

The special players are the ones that are athletic, talented, and play hard on every play. That is the type of player that Sampson has always been and if the commitment holds, Tulane Green Wave fans are going to be excited for the future. In today’s recruiting interview, Caleb Sampson talks about his playing days at Northlake Christian, this season, his family, his commitment to play for the Green Wave, and so much more!

Caleb Sampson is committed to play for the Tulane Green Wave next year and is expected to make an immediate impact. (Photo provided by Caleb Sampson)

LAFM: What are your stats and accomplishments over your football career?

LAFM: You were named to our 1st team All Louisiana team at the beginning of the season. What does it mean for you to be recognized as one of the best players at your position in the state?

It means a lot! It is truly a blessing!

LAFM: You are committed to Tulane. What is it about the Green Wave that attracts to you so much?

It is the academics! Tulane is a great school, and also Coach Fritz is really going to turn that program around!

They are recruiting me to play at defensive tackle.

I play with all that I have in me. If Coach was to play me the whole game, I’ll go all out at 100% every time!

My quickness and getting a faster first step off the ball are some areas that I am working on.

LAFM: Let’s talk about the season. The team has a good regular season and finished 8-2 but the team had to face a very tough Notre Dame team that is one of the best in the state. What are your thoughts on the entire season as a whole?

We had a great season. It didn’t finish how I wanted it to, but I am proud that I was able to be a leader for my teammates.

LAFM: I believe you also have a brother on the football team. What position does he play and is he a senior as well?

He plays running back and safety, and yes, he is a senior.

LAFM: Are there any other teammates that you like to give a shout out to?

I want to give a shout out to all of my brothers for all the hard work we put in. I wish all of you the very best in the future.

LAFM: Out of all the games in your career, is there a game that jumps immediately to your mind?

Not really, I play every game with  all I have.

LAFM: Is there a college or NFL defensive lineman that you model your game after?

LAFM: Is there anybody in your family besides your brother that has played football at any level?

I want to be a college coach when my career is over.

LAFM: Are there any other schools besides Tulane that you are keeping an eye on?

No. My only focus is Tulane since I am committed to Tulane.

LAFM: What quality do you have as a defensive lineman that is different from everybody else?

I leave it all on the field. I had to play with injuries and played with a lot of energy.